Iran’s Foreign Ministry spokesman said that it was not logical for the Syrian army to use chemical weapons while it had the upper hand in the field of battle. 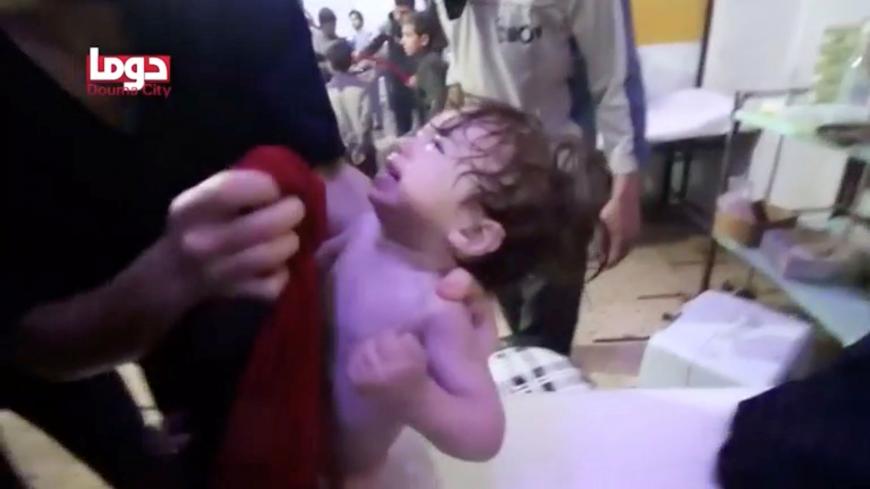 In an April 8 press statement, Iranian Foreign Ministry spokesman Bahram Ghassemi said, “The Islamic Republic of Iran, based on its principled policies and religious and moral teachings, and as one of the victims of chemical weapons, condemns the use of these types of weapons by any side and anywhere in the world.” Iran experienced chemical weapons attacks by the Iraqi government of President Saddam Hussein during the Iran-Iraq War (1980-88), in which the United States and Western European governments sided with Iraq.

Ghassemi also tried addressing the current controversy in terms of recent gains by the Syrian military over opposition forces, stating, “While the Syrian army has the upper hand in the war against armed terrorists, it is not logical for them to use chemical weapons.” The Syrian army, backed by Iran and Russia, has waged a campaign in eastern Ghouta, which has been the scene of some of the fiercest fighting and bombings of the civil war, resulting in hundreds of deaths. The opposition group Jaish al-Islam has accused the Russian and the Syrian governments of a “scorched earth” policy in eastern Ghouta.

Ghassemi warned that an attack on Syria would exacerbate the current civil war. “Such claims and accusations [about chemical weapons use] by the Americans and some Western countries signal a new plot against the government and nation of Syria and is an excuse for military action against them,” he said. “Certainly it [a military strike] will add to the complexity of the situation in this country and region, and the terrorists will become emboldened in their crimes, and it [US strike] will not advance peace, stability and security for the region and the world.”

Much of the commentary in Iranian media has focused on the hawkish John Bolton becoming President Donald Trump’s national security adviser on April 9 and what this might mean in terms of possible US military action against Syria. Trump bombed Syria's Shayrat air base on April 7, 2017, after reports of chemical weapons attacks against Khan Sheikhoun, but the US missile strikes were widely viewed as symbolic, having had little-to-no impact on Syrian, Iranian and Russian forces. Some Iranian analysts are speculating that with Bolton the response might change, with the new national security adviser convincing Trump to launch a broad and sustained bombing campaign against Syrian army positions.