Due to the disagreement between Iraqi forces linked to Baghdad and the Kurdish forces, the liberation of Hawija has been delayed several times. 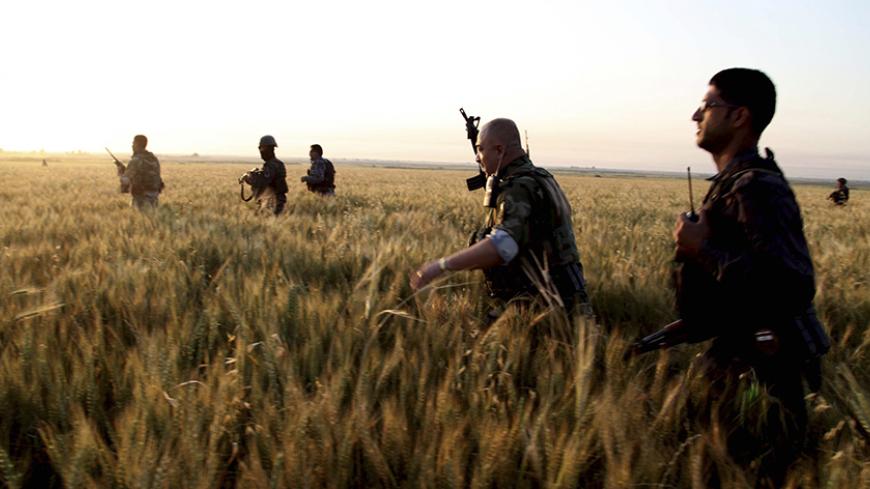 The battle for the Iraqi city of Hawija, 28 miles west of Kirkuk, has been postponed several times. Disagreements around military operations have delayed the capture of the city from Islamic State (IS) militants. Military sources from the Joint Operations Command told Al-Monitor that Hawija will be next after the fall of Mosul.

In late January, Iraqi member of parliament Shakhwan Abdullah, a member of parliament’s Security and Defense Committee, promised that Hawija operations would start soon. Yet the timeline for retaking Hawija, which had been set for October, has been delayed more than half a year now.

Hawija is one of the last main IS bastions on the road leading to Mosul. The Sunni-dominated town, home to some 450,000 residents, sits in the Tigris River valley. It is near the city of Qayyarah, where Iraqi forces have set up a military base. “Hawija has always been a security problem,” said US Col. (Retired) Harry Schute, a military adviser to the Kurdistan Regional Government. According to Schute, the city is an important IS stronghold and a pro-Saddam Hussein bastion. It was also the site of major Sunni anti-government protests that were crushed violently by the Iraqi army in early 2013, resulting in dozens of deaths.

Yet despite its symbolic and strategic importance, military operations aiming at retaking the city have been delayed due to disagreements between the Kurds and Iraqi forces. “The rationale was that Iraqi forces and the Popular Mobilization Units [PMU] would attack from the three sides under their control and the Kurds from another side,” said Schute. According to Kurdish military commander Kemal Kirkuki, who is responsible for the Kirkuk front line, there was a plan to take Hawija; however, the battle was postponed after a meeting with Prime Minister Haider al-Abadi and Hadi al-Ameri from the PMU. Abadi and Ameri wanted to launch the attack from the area liberated by the Kurds, said Kirkuki.

Iraqi forces Col. Yahya Rasoul explained that the delay resulted from the calculation that retaking Mosul first would facilitate the fall of Hawija as well as other areas controlled by the terror organizations. “[IS] fighters in Hawija have been significantly weakened because they are besieged from all sides,” said Rasoul. “The area is a flat and open territory of agricultural land and thus should not be difficult to capture,” he added. The Iraqi army and the PMU will play the main role in liberating Hawija, similar to Mosul, added Schute. “The peshmerga’s main role will likely be to hold the flanks to the north and east.”

According to Schute, agreement on a military plan has not been reached to date. “Kurdistan representatives have been pressing for Hawija to happen sooner than later,” he said.

Kurdish concerns over Hawija are linked to the security threat the region represents. The city sits at a key juncture between Kirkuk and Mosul. Its unique location gives it a strategic importance, one that IS has relied on to launch diversionary attacks to fragment the Iraqi forces’ effort in the region. “Hawija is very important to guarantee the security of Kirkuk. It is part of Kirkuk province and nearby to Kirkuk City. Hawija is currently generating significant internally displaced people flow into Kirkuk. Most of the recent terror attacks in and around Kirkuk as well as [IS] detainees have some connection to Hawija. So its capture is very important for the security of Kirkuk,” said Schute. In October, IS militants launched a major operation on Kirkuk to divert attention from Mosul. It is believed that Hawija fighters infiltrated the city using cells that were set up ahead of time. More than 40 people died in the battle. According to a report by Rudaw, quoting an IS militant captured by Kurdish forces this year, Hawija IS members have been setting up sleeper cells in Kirkuk that they can activate when needed.

"I was specifically sent [by IS] to provide information on security forces in Kirkuk,” said the IS militant, who added that there were nearly 600 IS militants inside Hawija, including Saudis, Chechens, Bahrainis, Chinese and Americans.

IS control over Hawija has also reflected on the security of other cities such as Tikrit, the hometown of fallen dictator Saddam Hussein. On April 5, several IS members triggered suicide attacks in Tikrit. According to the governor of Salahuddin province, Ahmed Abdullah al-Jabouri, quoted by the Baghdad Post, seven suicide bombers wearing military uniforms infiltrated from Hawija to the villages of Mazra and Albu-Tohma in the north of Tikrit. However, the security forces and the Counter Terror Service in the province were able to kill the suicide bombers in the village of Mazra before they caused any casualties.

Hawija is also located close to the mountain areas of Hamrin and Makhoul, where local sources say IS fighters are regrouping. From there, militants are launching hit-and-run attacks on southern Iraq. Iraqi news wire Niqash reported several such attacks during the month of April, namely on a police station in Albu Khado, which resulted in deaths and the complete destruction of the station, as well as another attack on a police station in the village of Nayeb. According to Niqash, a suicide bomber also targeted a military outpost and 12 electricity towers, which led to power cuts for more than a week in east Tikrit and in the Dour and Alam areas. Jassim al-Jibara, the head of the provincial security council, told Niqash that the fighters were coming from the mountainous Makhoul area north of Beiji and Hamrin in the east. Despite the heavy security in eastern Salahuddin province, IS fighters appear to still have the ability to launch hit-and-run raids on military and local tribal forces.

According to the newswire, IS has managed to cut off the road between Salahuddin’s administrative center, Tikrit, and the northern city of Kirkuk more than once.

“Hawija is a major factor of risk for the security of Salahuddin [and] Kirkuk,” said Rasoul. The increased security threat linked to the city will certainly put pressure on Iraqi and Kurdish forces to put their concerns aside and reach an agreement to retake Hawija as soon as the battle of Mosul unfolds.

Correction: July 11, 2017. A previous version of this article referred to Harry Schute as a US colonel, when in fact he is a retired US colonel.