By withdrawing from a Western Sahara neutral area, Morocco is courting the new UN secretary-general while getting rid of the attention the tense situation has brought to the Western Sahara plight. 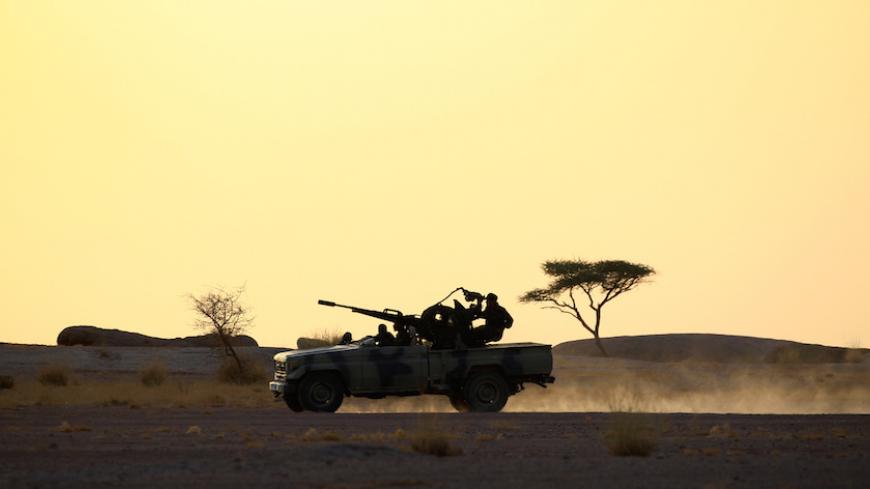 After a monthslong standoff, Morocco has agreed to pull out of a neutral zone in Western Sahara, but fighters representing the latter decry the action as mere showmanship designed to minimize negative publicity and curry favor with the United Nations.

The Polisario Front, the independence movement of the Sahrawi people of Western Sahara, wants to keep the dispute front and center in the public’s eye and hasn’t withdrawn from the Guerguerat village buffer zone. Guerguerat lies in the far southwest of Western Sahara near the border with Mauritania.

Morocco annexed Western Sahara in 1975 after Spain withdrew from the region. The Polisario embarked on a guerrilla war and has been seeking a self-determination referendum since 1991. However, Morocco has refused any resolution that includes independence.

Each side has sought support from the UN Security Council. Many negotiating sessions were held at UN headquarters without resolving the stalemate. But the standoff at Guerguerat brought the Western Sahara question to the international scene, as it became a threat to regional security.

In August, Guerguerat became a main concern for the UN Security Council, which called on both sides to return to the negotiation table to work on a lasting solution regarding the disputed Western Sahara territory. The tension began when Moroccan forces crossed a military wall into Guerguerat, 3 miles from the Atlantic Ocean. Polisario sent its troops to stand face to face with the Moroccan army, separated only by about 200 yards.

But soon after Antonio Guterres started his first term as UN chief Jan. 1, Morocco saw an opportunity to kill two birds with one stone. It reconciled with the UN and announced Feb. 26 that it was withdrawing its military personnel from Guerguerat. The move was hailed by Guterres’ spokesman, Stephane Dujarric, who said in a press briefing that the UN “welcomes the … positive movement.”

France also welcomed Morocco’s decision and “called on all parties to show responsibility and to unconditionally and immediately withdraw all armed elements from the region.” French Foreign Ministry spokesman Romain Nadal urged a return to the status quo in the conflict.

The Polisario is not keen on the status quo, something it has been battling for decades. Keeping Western Sahara stable, with half of its population in refugee camps in Algeria, will not solve the protracted dilemma. The Polisario Front saw Morocco’s withdrawal as a maneuver to contain the Western Sahara question.

Polisario’s representative in Washington, Mouloud Said, downplayed the importance of the Moroccan stance and said in an interview with Alhurra that “Polisario troops will stay in Guerguerat forever.” He added that events in Guerguerat are only “a small problem within the dispute with Morocco over Western Sahara.”

It is apparent that ending the Guerguerat confrontation would push the Western Sahara question back to where it started, and Morocco would have full control over the rich part of the territory, with a lighter burden from the security situation. The Polisario wouldn’t have as much to bargain with, and the UN Security Council won’t consider the area a priority without a tangible threat.

Plus, the UN secretary-general’s special envoy to Western Sahara, Christopher Ross, has decided he no longer wants the position, which is another sign that the situation will remain indefinitely in a state of stagnation. A new UN representative will have to start over to revive the all-but-dead talks between the Polisario and Morocco.

Moroccan forces’ departure from the buffer zone also seems timed toward easing tensions with Mauritania, as Morocco seeks approval to join the Economic Community of West African States, just after it rejoined the African Union in January.

The Polisario seems to have already taken advantage of that recent strain in relations between Morocco and Mauritania to boost its presence in the West Saharan village of La Guera, which is controlled by Mauritania. The town is a crossroads and lifeline for Mauritania. Its railway extends to Nouadhibou, which is a free zone where Mauritanian minerals are exported to Europe.

All these developments shape Moroccan foreign policy, which centers on tightening its grip on the Western Sahara.

The Polisario wants the UN Security Council to organize a self-determination referendum for Western Sahara. Using what leverage it has left, the Sahrawi liberation movement has been hinting that its youth are eager to return to the armed struggle — well beyond Guerguerat. Though that has not taken place yet, the young generation’s restlessness will be a Polisario pressure card, particularly because of the diversified background of its young Sahrawis, who have studied in Algeria, Cuba and Libya.

The Polisario will spare no effort to keep the case in the spotlight. Morocco, however, will take all necessary steps to neutralize the issue on the international level, hoping it will drop off the UN agenda as something that must be resolved to establish peace and security in the region and the world, as the territory sits on the coastal boundary with Europe.

'How Does a Detonator Work?' Portland man indicted for publishing Islamic State newsletter