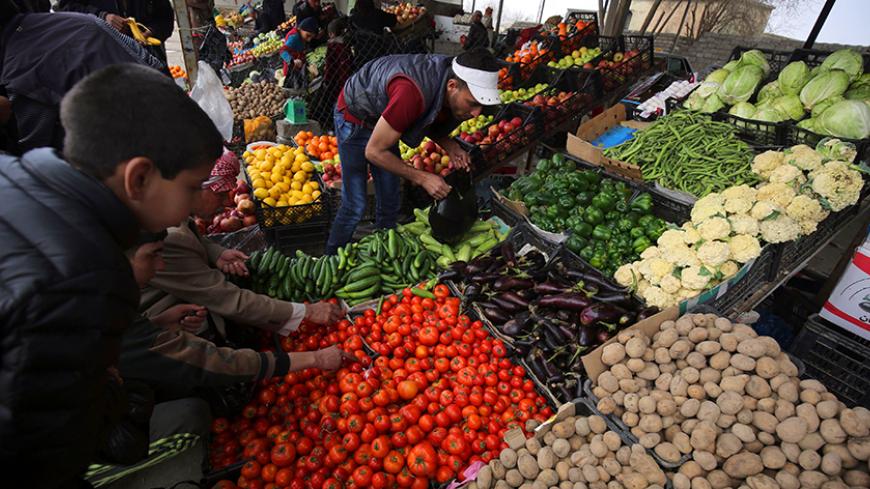 BAGHDAD — Iraq's parliament is investigating allegations that corruption and fraud at border crossings involving "influential entities" have led to an influx of contaminated food supplies and expired or counterfeit medications into the country.

“Spoiled medications and food supplies come into Iraq. Large quantities have been confiscated. This [scheme] is backed by influential entities," Noura al-Bajari, a member of the parliamentary Economy and Investment Committee, told the media Feb. 23. "This is the result of corruption in the Border Crossing Authority.”

“Lethal food supplies have come into Iraq through the Umm Qasr border crossing in the south," Abdel Salam al-Malki, a member of the same committee, told an Iraqi TV network Feb. 19.

Magued al-Gharawi, a member of the Security Committee, agreed, telling Al-Monitor, “Widespread incidents of fraud and manipulation are taking place at border crossings as trade cartels and lobbies affiliated with influential politicians control the process of smuggling expired medications and food supplies that are not fit for human consumption in exchange for undisclosed commissions paid to officials at specialized checkpoints.”

Shipments of medications and food supplies aren't subjected to in-depth oversight or quality control at the crossings. When inspections are done, they are "carried out in a superficial manner that aims at covering up the corruption,” Gharawi said.

“These goods find their way to the market quite easily, as the number of health and security oversight examinations at shops and storehouses is small and they are bypassed through commissions and bribes. The citizen who deals with such hazardous material is the victim, as most of the time they never find out about the health impacts," he added.

The danger to citizens' health compelled the Pharmacy Syndicate to accuse “entities that attempt to control the drug market and resort to threats to impose their agenda of counterfeit drugs.” However, the syndicate chose not to name these entities. The syndicate also stated that the efforts of the Ministry of Health to follow up on the medication and pharmacies sector are weak and that corruption, bribes and favoritism prevail in the ministry when it comes to pharmaceutical contracts.

The Ministry of Health immediately denied the accusations of dereliction and deficiency. Ministry spokesman Ahmed al-Rodainy vowed before the local media that smuggling spoiled medications and food supplies into Iraq is “related to the Border Crossing Authority and the Customs Authority.” He added, “The ministry is a long way off from this."

On Feb. 22, officials said they confiscated 23 nonrefrigerated containers carrying spoiled medications into Iraq under fictitious names. Also that day, Aliya Nasseef, a member of the State of Law Coalition, told local media, “Thousands of tons of Chinese poisoned food were smuggled into Baghdad after a shipment was detained at Basra port for two months."

Officials also reported that a 17-year-old female student died after receiving expired flu shots. On Nov. 15, citizens in Babil province were poisoned by spoiled Indian rice. In 2016, the incumbent council of Karbala province accused the trade minister of importing and distributing spoiled rice.

The toll of corruption on citizens' health is so high that Prime Minister Haider al-Abadi ordered an investigation on Feb. 22 into spoiled substances being smuggled across borders and sold in markets.

Despite an apparent wealth of evidence of corruption, Hassan Khalaty, a member of parliament’s Health and Environment Committee, told Al-Monitor that the media “exaggerates the phenomenon."

“Medications are subject to strict procedures of examination. Generally speaking, this is how the situation is. It is evident as hospitals, drug stores and food storehouses are full of food supplies and medications that are fit for use and come from good sources," he said.

“Finding containers loaded with expired medications — that happens sometimes because of a mistake. Dereliction or corruption is very [unusual], especially since specialized technical and security committees examine imported medical and food substances."

He provided an example of how mistakes are interpreted as corruption. Medications are delayed in shipping and remain for long periods in storehouses in bad conditions, which, sometimes, lead to their damage," he said. “There is good quality control at border crossings and inside the country. Certificates of origin and legal documents that confirm food and medications meet Iraqi standard specifications are common. Anything else is subject to legal accountability.”