Is anyone happy with Egypt's new medicine prices?

Egypt has agreed to raise price caps on some of the cheapest locally produced medications rather than lose access to the drugs altogether, but the move has come at a political cost. 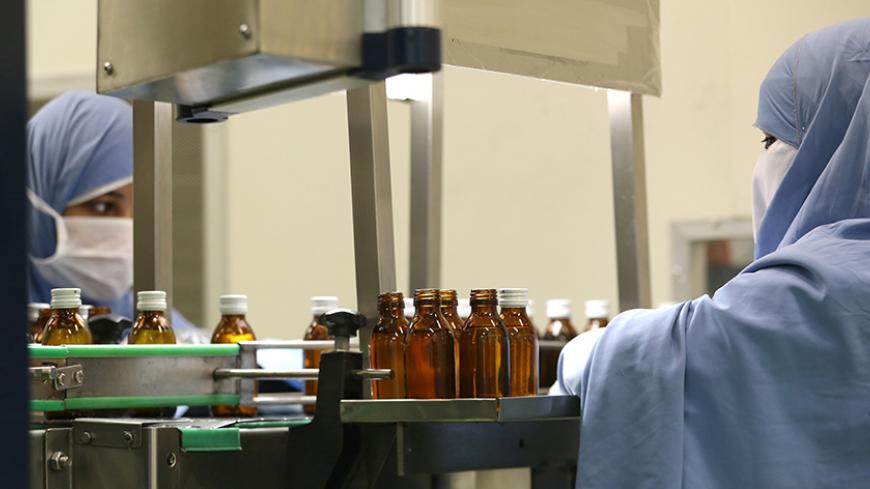 On May 16, Egyptian Minister of Health Ahmad Imad announced during a press conference that the Cabinet had agreed to raise prices 20% effective July 1 on locally produced medicines costing less than 30 Egyptian pounds ($3.38).

The decision came as some medications were disappearing from the Egyptian market. Manufacturers said they could no longer afford to offer the drugs in Egypt, citing high production costs and price controls.

These developments have caused a number of these companies to close their facilities.

The Egyptian government’s decision to raise the cost of medicines surprised citizens and sparked intense controversy. Some pharmaceutical companies apparently raised the prices of cheaper drugs right away to 30 pounds to get more out of the pending 20% hike.

The health minister accused pharmacies of exploitation and charged pharmacists with responsibility for the price hikes.

The minister clarified that a paragraph had been added to the original decision to increase medical prices by seven pounds per unit, stating that an agenda had been put in place for categories that would apply prices to them and guarantee the price after adjustment.

This prompted the Egyptian Pharmacists’ Association to denounce the health minister in a press release posted June 3 on the ministry's official Facebook page. In that statement, the association lambasted the minister's decision as having embroiled the association in a conflict with customers.

The association blamed the entanglement of the pharmaceuticals market with the Health Ministry’s pharmaceuticals pricing committee. It stated that it should have been ready for this decision, and that there should be an interpretation of the meaning of the word “unit” that can be converted into a price.

Former Health Ministry spokesman Dr. Husam Abdul-Ghaffar said the decision to raise the price was important given the rising value of the dollar against the pound, but the decision was not accompanied by any clear means of being implemented.

Abdul-Ghaffar also noted in a phone interview with Al-Monitor that this was the first time a decision to change pharmaceutical prices had been made without also providing a list of the medications’ new prices.

He said a list of new prices that has been released by the Central Pharmaceutical Administration is filled with mistakes and includes medications whose prices exceed 30 pounds.

The former Health Ministry spokesman described the mechanism adopted by the ministry for raising prices as “a failure,” noting the government had backed off its decision to remedy the crisis and set 6 pounds as the maximum increase.

Abdul-Ghaffar told Al-Monitor it was necessary for the ministry to support the ordinary citizen directly instead of supporting the commodity itself.

He added that the status quo embraced by the Ministry of Health is one of subsidizing commodities by forcing pharmaceuticals companies to set a certain price, even though as a result of this, both rich and poor derive the same benefit.

Haitham al-Hariri, a member of the House of Representatives health committee, claimed the government’s decision to raise medication prices was unacceptable both in form and content, and described the decision in a post on his Facebook page as “a crime.”

Hariri told Al-Monitor by phone that the decision is unjust and will saddle ordinary Egyptians with financial burdens at exactly the moment when the prices of other basic commodities are rising. He said the government should solve its own problems without reaching into the pockets of ordinary citizens.

The health committee, he said, is seeking to raise the nation’s health care budget for the 2016-17 fiscal year. He said the budget, estimated at 49 billion pounds, should be double that amount. Hariri warned against what he described as “twisted” government attempts to raise the budget by adding a separate fund for army and police hospitals. Such efforts, he stressed, would be unacceptable.

Those hospitals, he noted, do not offer services to civilians.

Dr. Mona Mina, a representative of the Egyptian Medical Syndicate, claimed in a Facebook post that the decision to raise medicine prices, which ostensibly came about in response to the fiscal losses of pharmaceutical companies, was "a lie concealed as a truth” because the decision will not save those companies from going bankrupt, given that the ministry was already forcing them to sell at severely discounted prices.

“How does it help a company that has a product that costs 1.25 piasters [cents] for that price to rise to 1.5 piasters, at a time when the real cost of producing it is three pounds?” she asked.

On the other hand, she noted that there might be a medication that retails at 25 pounds, but that costs only 20 pounds to produce, so it would have a healthy profit margin of 25%. In such a case, raising the price would serve no purpose.

Mina said sick patients in Egypt are suffering due to the chaos being created by the Health Ministry. She also said a just and restrained policy of price controls needs to be instituted.

The Egyptian Pharmacists Association convened a general assembly June 6 and called upon the Ministry of Health to apologize for releasing incorrect medication prices.

Dr. Muhammad Izz al-Arab, a medical adviser for the Egyptian Center for the Right to Medication, commented during a telephone interview with Al-Monitor that the crisis was still ongoing, and the pharmacists were standing in direct line of fire.

Egyptian President Abdel Fattah al-Sisi said during a televised interview that the health sector does not need additional financial help, but rather should require that doctors do their jobs within their available means. He stressed that developing the health care budget in Egypt will take more time.

In recent days, Egypt has witnessed two prominent examples of corruption in the Ministry of Health, where oversight bodies managed to detain a minister's adviser accused of accepting 4.5 million pounds in bribes and revealed that the director of the ministry’s press office is accused of embezzling 2 million pounds. An investigation is ongoing.