How will ban on national fund affect Palestinians?

Israel’s recent decision to label the Palestinian National Fund, which serves as the PLO’s Ministry of Finance, as a “terror group” raised Palestinian concerns over the future of relations between Israel and the Palestinian Authority. 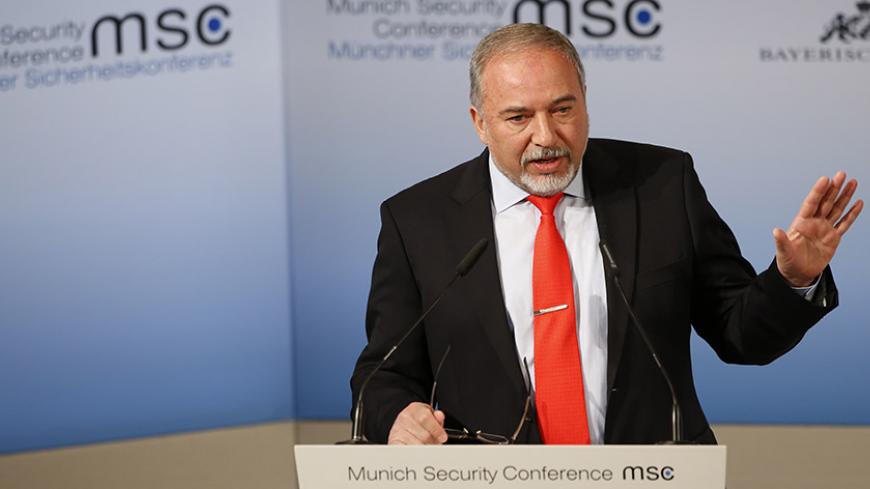 The relationship between the Palestinian Authority (PA) and Israel has been heading downhill ever since the negotiations were halted in April 2014. The strained relationship reached a new level of tensions on March 16 when Israeli Defense Minister Avigdor Liberman labeled the Palestinian National Fund (PNF) as a “terror group.”

In a step deemed one of the most serious moves taken by Israel against Palestinian institutions since 1993, when the Oslo Accord was signed, Liberman banned the PNF, which he accused of providing millions of shekels to Palestinian prisoners in Israeli jails and families of victims on a monthly basis, in addition to supporting attacks against Israel.

Although Liberman believes the PNF supports individuals responsible for executing terrorist attacks against Israel and pays money to Palestinian prisoners who have killed Israelis, the PNF works on providing legal defense to these prisoners before Israeli courts, offers support and social welfare to prisoners and their families, and mobilizes local, regional and international support for their release.

Israel's Channel 7 reported on March 16 that Israel will take the necessary legal measures against the PNF, inside and outside the Palestinian territories, to seize and forfeit all of its properties and assets.

Only a few hours after Liberman’s announcement, the Palestinian presidency issued a statement denouncing the decision, as it undermines the legal relationship with Israel. The statement noted that the PNF is acting in accordance with signed agreements and called on the world to reject the decision.

Al-Monitor contacted members of the PLO’s Executive Committee, of which the PNF is a part, to find out more about the repercussions of the Israeli decision.

Ahmed Majdalani, the secretary-general of the Palestinian Popular Struggle Front and member of the PLO’s Executive Committee, told Al-Monitor, “The ban on the PNF is an Israeli political decision; this is not Liberman’s personal stance. Israel aims to criminalize the PLO in order to eliminate the possibility of any political solution. This decision is a violation of the 1993 mutual recognition between the PLO and Israel. The PNF implements the PLO’s policies and any Israeli violation will be met with withdrawal of recognition [of the State of Israel].”

According to the PNF’s bylaws, the fund was founded with the establishment of the PLO in 1964 as its Ministry of Finance. Headed by Ramzi Khouri, who was appointed by Palestinian President Mahmoud Abbas in 2005, the PNF oversees the PLO’s financial activities, in terms of revenue and expenses. It also played a major role in supporting the first intifada in 1987 by sending money to the families of the victims who were killed by the Israeli army during this intifada, as well as to the wounded and the Palestinian prisoners. In addition, it has provided aid to Palestinian organizations in occupied territories, and it has provided medical services for the wounded and the families of victims.

Although there are no accurate figures about the amount of money the PNF holds, a prominent Palestinian official in Ramallah told Al-Monitor on condition of anonymity, “The PNF’s annual budget, which it gets from the PA’s general budget, amounts to $250 million. It is distributed to the PLO’s institutions, notably the political department, the Red Crescent, the bodies handling the affairs of refugees, Jerusalem, negotiations, churches, expatriates, prisoners and their families, and representative embassies abroad, as well as [salaries] for the PNF’s 500 employees.”

Khalil Shaheen, the director of the research department at the Palestinian Center for Policy Research and Strategic Studies (Masarat), told Al-Monitor, “The Israeli decision’s political dimension is much more important than its economic one. It aims to impede the efforts made by US President Donald Trump, as well as impose a new approach on the peace process. The negotiation process will now become a debate on security issues and the pursuit of terrorism. However, it would be difficult for Israel to ban the PNF since it does not only operate in the West Bank and the Gaza Strip, but also outside Palestinian territories, in countries such as Jordan, Lebanon, Syria and elsewhere. This may also raise a problem for Israel's relationship with Palestinian banks in the West Bank and the Gaza Strip, since these handle the PNF’s transactions.”

Wasel Abu Youssef, a member of the PLO’s Executive Committee and secretary-general of the Palestinian Liberation Front, told Al-Monitor, “The Palestinian response to the Israeli decision should be canceling all security, political and economic agreements with Israel, which the latter uses to serve its own interests only. This Israeli decision reveals an occupational mentality that aims to wage a comprehensive war against Palestinians.”

Israel's decision against the PNF coincides with its continuous attempts to convince donor countries to stop supporting Palestinians by claiming the money is used to support perpetrators of armed attacks and their families or used at schools to incite children against Israel, according to an article published on Yedioth Ahronoth on March 12.

The Israel Hayom paper close to Prime Minister Benjamin Netanyahu claimed Feb. 13 that the European Union covers the legal defense fees for perpetrators of attacks against Israelis before Israeli courts.

Also in February, Israeli right-wing Im Tirtzu organization issued a report revealing that between 2012 and 2016, HaMoked Center for the Defense of the Individual, an Israeli human rights organization, received $4 million from the EU and the United Nations to defend 48 Palestinians who carried out attacks killing a total of 500 Israelis between 2000 and 2016.

Taysir Khaled, a member of the PLO’s Executive Committee and member of the Democratic Front for the Liberation of Palestine’s political bureau, told Al-Monitor, “The PNF will continue to abide by its commitment toward the families of martyrs and prisoners as well as the wounded, regardless of Liberman’s decision, since the PNF was established long before the political agreements between the PLO and Israel even existed.”

On March 18, PLO Secretary-General Saeb Erekat said that Israel declaring the PNF a terrorist group negates Israel’s recognition of the PLO. This decision will soon be followed by the collapse of the PA or the reoccupation of the West Bank and the Gaza Strip, he said, adding that the PLO had demanded an explanation from the United States and other countries.

For his part, Nasr Abdel Karim, an economics professor at Birzeit University, told Al-Monitor, “The Israeli decision could affect the financial transactions of the PNF and the PA, which Israel could trace and monitor. In addition, Palestinian banks that handle PNF transactions could be investigated and subjected to Israeli pressure in order to stop such transactions.”

The Israeli decision against the PNF coincided with the PA's intention to internationalize its conflict with Israel and resort to international institutions such as the UN, the UN Security Council and the International Criminal Court, as demanded by Arab foreign ministers on March 7, while refraining from direct negotiations with Israel.