The GCC’s three options for dealing with Iran

Against the backdrop of heightened tensions with Iran in past years, the Gulf Cooperation Council stands at a crossroads in how it chooses to deal with the Islamic Republic. 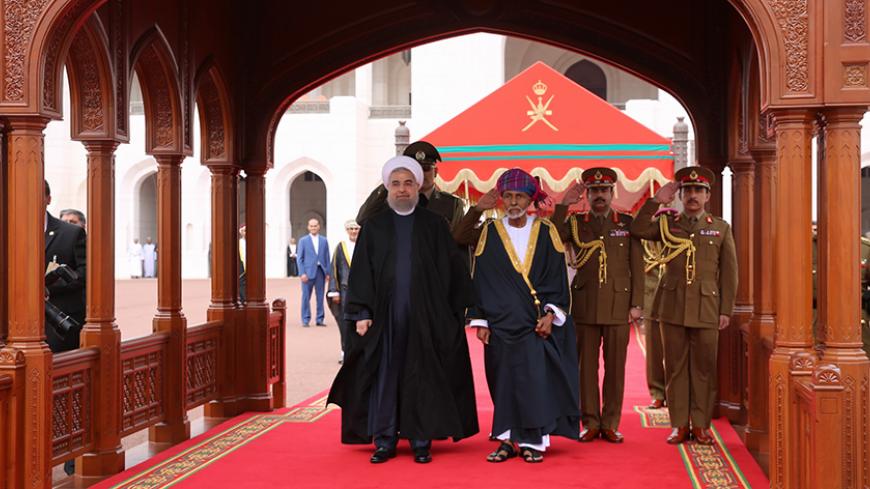 Anyone who follows international politics knows that the rivalry between Iran and the Gulf Cooperation Council (GCC) is bitter and has exacerbated the various conflicts raging across the Middle East. Relations between the two Persian Gulf power centers took a turn for the worse after the Arab Spring, as power vacuums emerged throughout the region, and further deteriorated when the nuclear negotiations between Iran and the six world powers successfully concluded in 2015. In recent months, however, there have been signs of progress toward reconciliation between Iran and the GCC.

Iran had made repeated attempts to reach out since President Hassan Rouhani’s inauguration in August 2013, but they largely met with unreceptive ears. That changed in January, with the Kuwaiti foreign minister, Sabah Khalid Al Sabah, making a landmark visit to Tehran, where he reportedly delivered a message to Rouhani concerning the “basis of dialogue” between Iran and the GCC states. Rouhani reciprocated by visiting Kuwait and Oman in February and sending a letter to Kuwaiti Emir Sabah al-Ahmad Al Sabah on March 13.

It is now being reported that GCC foreign ministers will gather on March 30 to discuss the possibility of a strategic dialogue with Iran. For the first time in years, an Iran-GCC detente seems imaginable, and with it, the prospect of easing crises from Syria to Yemen.

In discussions on the state of the region, the consistent theme frequently heard centers on Iran’s behavior. Alleged Iranian actions in the region are often presented as the reason why the GCC cannot trust Tehran and diplomatically engage it.

The reality, however, is that the trust deficit between Iran and some of the GCC member states predates Iran’s 1979 Islamic Revolution, going back to the days when the shah's government and Saudi Arabia quarreled over oil production and prices. After the revolution, and the Iraqi invasion of Iran in 1980, some GCC member states moved to support the aggressor. Back then, there was no Iranian presence in Syria, Iraq or Yemen, no Hezbollah or nuclear issue. As such, to refer to supposed “malignant” Iranian actions in the region as a reason to abandon diplomacy today is a poor excuse and does nothing to foster trust.

At the moment, the GCC has three options for dealing with Iran. A review of them reveals that only one is truly tenable and can ensure the long-term security of the GCC states, Iran and the region.

The first option is for the GCC states to maintain their traditional approach toward Iran, which has been one of confronting and attempting to isolate it. During the last several years, Saudi Arabia and its allies have severed or reduced diplomatic relations with Iran, employed hostile language about Tehran, its allies and its regional presence, and convinced the Arab League to designate Hezbollah a terrorist organization and make supporting it a crime in the GCC states. Saudi Arabia has embarked on a ruinous war in Yemen to push back against perceived Iranian influence there. Before the nuclear deal, Saudi Arabia and the United Arab Emirates prodded the United States toward abandoning diplomacy and advocated military strikes against Iran’s nuclear facilities.

The second option is to believe that GCC actions taken against Iran over the past 38 years have not been sufficient and that they therefore need to ratchet up further. There is now talk of a potential GCC alliance with Israel, which is seen as an effort to increase pressure on Iran in the region.

Needless to say, these two options harbor immense costs and risks and no reasonable benefits. The GCC’s approach has thus far led to a regional balance of power that it perceives as disproportionately in Iran’s favor. As such, it has evidently been a failed and counterproductive approach. The potential for it leading to a destructive war is also likely. To ally with Israel would in addition be the epitome of a foolhardy endeavor. For the GCC states to abandon the Palestinians at this time, when the Israeli government makes no secret of its expansionist agenda and its stringent opposition to a two-state solution, would be seen as the ultimate betrayal of the Arab and Muslim street. The consequences for the GCC states in this case would be far greater than that of their current actions.

The final and only real feasible option is for the GCC states to be creative and carefully leverage their mutual interests with Iran. Each side has a laundry list of grievances and complaints. Rather than relying on external powers, borrowing their security or choosing to directly confront Tehran, the GCC states can diplomatically engage Iran and pursue avenues for confidence building and cooperation.

For a new era to dawn in Iranian-GCC relations, the two sides have to be able to express their concerns to each other in a constructive way and translate dialogue into tangible diplomatic gains. They can look to Europe for examples on how to resolve historic rivalries and how the Peace of Westphalia or systems such as the Organization for Security and Cooperation in Europe and the European Union came to be.

A basis for immediate talks on regional cooperation can be UN Security Council Resolution 598 (on ending the Iran-Iraq War), paragraph 8 of which envisions collective regional security efforts to boost stability. These talks can be held within the framework of the Persian Gulf states (Iran, Iraq and the GCC) or the Persian Gulf states plus the five permanent members of the UN Security Council (P5 + 8), since they would be predicated on Resolution 598.

Direct and sustained engagement between the GCC and Iran will allow both sides to move toward a relationship that solidifies their commitment to non-interference in each other’s internal affairs and respect for sovereignty and territorial integrity. Over time, they can then move toward an order that bolsters security, economic, cultural, military and political cooperation, and eliminates the risk of nuclear proliferation and the spread of weapons of mass destruction in the Persian Gulf region.