Will Syrian students be banned from Egypt's universities?

A parliamentary proposal to ban students from Syria and other countries from enrolling in Egyptian public universities has sparked debate. 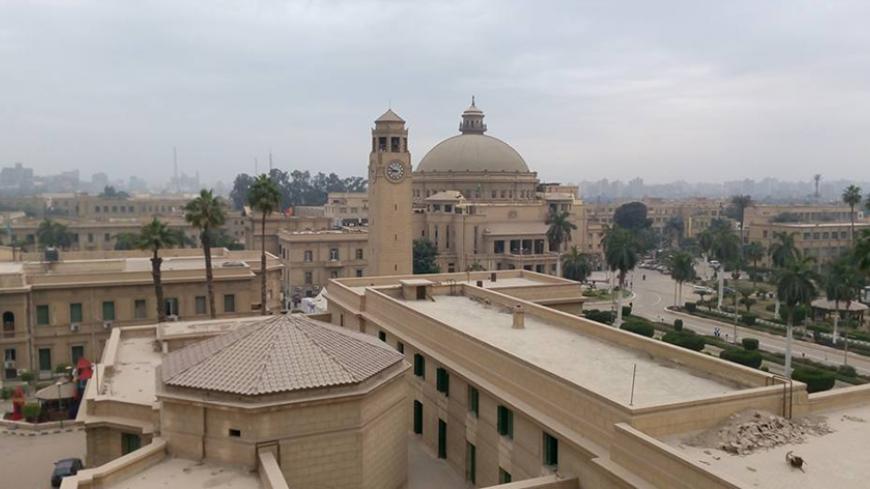 A view of Cairo University, which is considered to be Egypt's premier public university, Giza, Egypt. Posted Dec. 1, 2016. - Facebook/osama.nagah.5

Abdel Aty Massoud, a member of the Education and Scientific Research Committee in Egypt's parliament, sparked debate after he suggested banning students who are from Syria and other countries from enrolling in Egyptian public universities. As a result, the committee was divided into two camps. While some backed this suggestion because universities are overcrowded, others opposed it, arguing that close bilateral ties between Egypt and Syria need to be preserved.

Alif Kamel, a member of the committee, told the press Feb. 11, “The demand that Egyptian and Syrian students be treated equally must be heeded, to highlight Arab unity and Egyptian-Syrian cooperation. But it would be an obligation for Egypt to stand by its Arab brethren should more universities be established in Egypt,” in reference to the overwhelming number of Egyptian students and the limited number of universities in Egypt.

Ghida Shafiq Qalaji, secretary-general of the Syrian General Commission for Refugees and Development, an organization in Egypt that provides assistance to Syrian refugees, told Al-Monitor, “Syrian students have put up with a lot of suffering. Everybody knows about the internal war and crises the Syrian people have suffered from, which forced them to abandon their houses and jobs and resort to Arab countries, including Egypt, which had always supported us. Yet things have changed this year. After Syrian and Egyptian students paid equal tuition fees, which were minimal and convenient, universities are heading toward the implementation of a new system requiring that tuition fees be paid in dollars instead of Egyptian pounds. This system, however, is applicable to students who do not hold a degree from Egyptian high schools.”

The tuition decision requires that foreigners, be they refugees or immigrants, pay a higher fee in hard currency, contrary to the past when they paid minimal fees just like Egyptian students.

Qalaji added, “Nevertheless, given our suffering, Syrian students willing to be enrolled in any public university [are an exception and are given a] 50% reduction of tuition fees. For instance, in order for a Syrian student to register at the faculty of medicine, $3,500 needs to be paid. This sum is also big. Where can the Syrian student get this sum from?”

Qalaji viewed that it is impossible for refugees to pay this sum, despite the reduction, and demanded that Syrian refugees and Egyptian students pay the minimal fee of about 600 Egyptian pounds ($37) in public universities.

She continued, “I don't know why universities took such a decision that serves a ban preventing the admission of Syrian and other refugees in Egyptian universities. We know well that Egypt is facing an economic crisis and needs to boost foreign currency supply. We also know that there is huge number of Syrian refugees in Egypt. … But why do Syrian refugees have to pay the cost?”

Qalaji concluded, “Egypt is a host country of Syrian and African refugees. In the name of brotherhood, we call upon Egypt to cancel the new system adopted by the government in universities and bring equality back between Egyptian and Syrian students, so that minimal fees can be paid in Egyptian pounds, as was the case last year.”

Egypt ratified on June 28, 1980, the 1951 Refugee Convention providing for the social and legal protection of refugees without discrimination as to race, religion or country of origin.

Constitution Article 93 stipulates that “the state is committed to the agreements, covenants and international conventions of human rights that were ratified by Egypt.”

Speaking to Al-Monitor, Education and Scientific Research Parliamentary Committee member Samir Ghattas rejected Massoud’s proposal, saying, “Egypt’s ties with brethren Syrian people are historical and deep. We certainly reject the proposal to ban Syrian and other Arab and African students from being enrolled in Egyptian universities. We stressed the need that they receive equal treatment regarding tuition fees, which Egyptian students pay in Egyptian pounds. This was decided by the committee at the end of the meeting, and the minister complied with our request. Yet a distinction needs to be made between Syrian refugees and immigrant students, as immigrants and refugees should not be equated with Egyptian students. Well-off Syrian students who got their secondary school degrees from Saudi Arabia, for instance, will not benefit from low fees.”

The proposal to ban the entry of Syrian refugees to Egyptian universities is on hold until parliament approves or rejects it during the next few weeks.