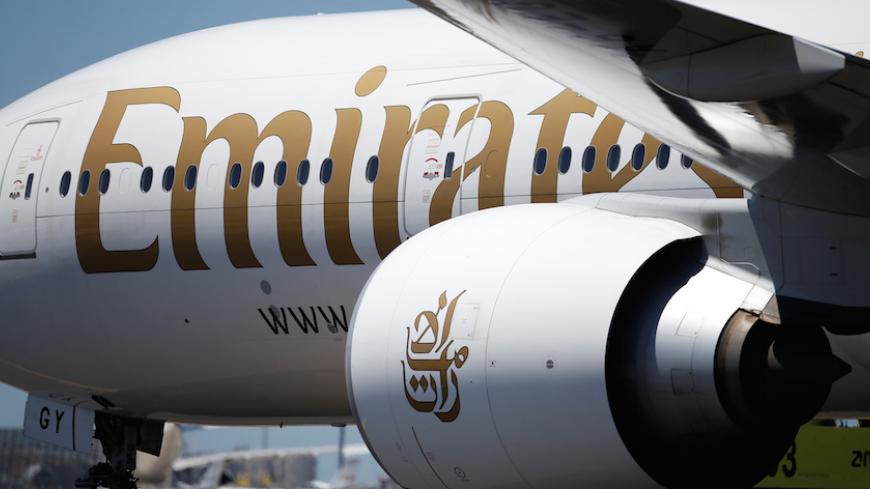 Congress is greeting the planned March 12 opening of a new Emirates airline route between Athens, Greece, and Newark, New Jersey, by trying to prevent it from getting off the ground.

Twenty-five House members from New York and New Jersey — almost two-thirds of the total delegation — wrote to President Donald Trump on March 7 with a request that he cancel the route until the United Arab Emirates (UAE) stops subsidizing its largest airline. The escalating trade dispute risks roiling US relations with a key counterterrorism ally in the Middle East, but lawmakers say US workers are getting swindled and must be protected.

"It is imperative that your Administration take quick and decisive action to defend US interests abroad and ensure that US airlines and their American workers have a fair and equal opportunity to compete," the letter states. "Further, it would be prudent for your Administration to bar the commencement of the Athens to Newark flight until it has had the opportunity to negotiate a meaningful resolution which addresses the ongoing subsidies provided by the United Arab Emirates and Qatar to their flagged carriers."

Senators are also looking into the matter.

"We have to have a level playing field," Senate Foreign Relations Committee member Cory Booker, D-N.J., told Al-Monitor. "And I have real concerns about how states that are subsidizing their airlines undercut American jobs and American workers."

The letter was drafted with input from the Partnership for Open and Fair Skies, a trade group representing America's three largest airlines. The US airlines — American, Delta and United — persuaded the Barack Obama administration to start a review of the United States' "Open Skies" trade pact with the UAE and Qatar, but no formal action was taken.

They are hoping that Obama's successor will prove more attuned to their concerns, particularly given his message of economic nationalism during the presidential campaign. The Athens-Newark route is seen as a particularly important test case, because the Gulf airline would be competing on one of the lucrative European routes that have long been crucial to US airline profits (Emirates has already been flying a Milan-New York route since 2013).

"President Trump has made it clear he intends to crack down on trade cheaters who violate our international agreement," Partnership spokeswoman Jill Zuckman said in a statement. "We hope he will side with Congress and bar the new Emirates flight to send a message that the Trump administration will not tolerate rule-breaking that costs American jobs."

Trump has offered mixed messages about his intentions. While he has repeatedly railed against alleged trade cheaters, he was more measured when he met with US airline executives last month.

Acknowledging that the US carriers are "under pressure from foreign elements and foreign carriers," Trump added that "at the same time, we want to make life good for them also. They come with big investments."

The UAE also cautioned against picking a trade fight.

"Open Skies has created enormous benefits for both countries and for airline passengers all over the world," a spokesman for the UAE Embassy in Washington told Al-Monitor in an emailed statement. "UAE airlines fly millions of visitors a year into the United States, most on US-made aircraft. This inbound travel, along with the purchases of Boeing airplanes, supports hundreds of thousands of US jobs and makes up an important part of the $19 billion US trade surplus with the UAE."

The pushback underscores that US lawmakers are picking a fight over a national priority for the Gulf nation as it seeks to transition away from energy revenue and transform itself into a world-class transportation hub and tourism destination. Public records reviewed by Al-Monitor show that the UAE spent $13.5 million in 2015 lobbying on this and other issues after being badly burned 10 years earlier when Congress scuttled Dubai Port World's bid to take over management of six major US seaports.

Karen Young, a senior resident scholar at the Arab Gulf States Institute in Washington, said Congress is picking a poor target because Emirates is "the most independent and efficiently run of the Gulf carriers." She predicted, however, that the trade fight could "gain traction in the current environment of economic nationalism in the United States."

In a testament that US lawmakers know the stakes at hand, the House letter was led by a member of the Foreign Affairs Committee, Rep. Albio Sires, D-N.J. Six other members of the panel signed on, including its top Democrat, Rep. Eliot Engel of New York.

"Their being friends on counterterrorism doesn't give them a pass on other things," said Foreign Affairs member Chris Smith, R-N.J., who also signed the letter. "That's my bottom line."