Tunisians, including government officials, have been in favor of amending a harsh law for possession and use of cannabis, but doing so has not been easy. 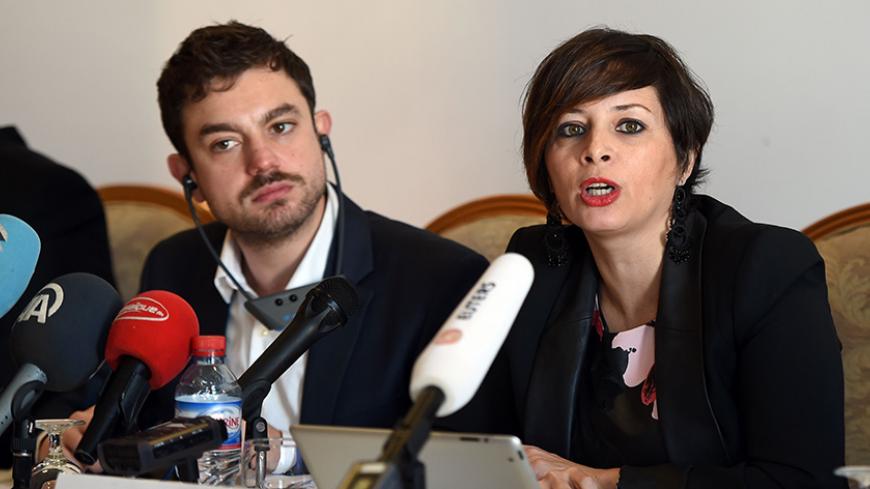 Two students in their final year of high school were arrested Feb. 12 under Tunisia’s draconian Law 52, which punishes the consumption or possession of cannabis with prison time and heavy fines. The public outcry reached enough of a fever pitch that the government felt compelled to respond.

“No to the prison sentence!” said Prime Minister Youssef Chahed during a visit to the soon-to-be-reopened El Amal, a drug rehabilitation facility. El Amal was the country’s only drug abuse treatment and prevention center before it was closed several years ago. Its reopening, a move supported by the Health Ministry, along with Chahed’s public statement, perhaps offers a bit of cautious optimism that the government might be willing to reconsider its treatment of drug users and abusers.

“Law 52 is a law from the dictatorship [of Zine El Abidine Ben Ali],” Antonio Manganella, the director of Lawyers Without Borders (ASF), told Al-Monitor during a recent visit to the organization’s Tunis office. “The goal of the law was to terrorize the population and make them shut their mouths.” According to Manganella, the legislation targeted Tunisians who were seen as “against the system.”

Tunisia’s penal code is more than a century old, and until recently, reforms introduced to it were done so “during the darkest days of the Tunisian dictatorship,” said Manganella. Law 52, implemented in 1992, punishes any type of possession of cannabis and its use. Usage is a particularly contentious issue legally, as THC, the active ingredient in cannabis, can be found in a person’s urine as long as 67 days after consumption. In Tunisia, anyone who is randomly stopped and taken into custody by police can be subjected to a urine test, even for non-drug-related incidents.

The punishment for possession or usage is the same: up to a year in prison and a fine of between 1,000 and 1,500 Tunisian dinars ($438-$657). Repeat offenders face a minimum of five years imprisonment. Unlike other laws under the penal code, judges are forbidden from “considering mitigating circumstances,” creating a system whereby anyone who consumes cannabis is more or less “automatically considered guilty.” The offense cannot be removed from judicial records, thus jeopardizing or prohibiting future educational or employment opportunities.

Despite such harsh punishment, there has been no shortage of arrests, as drug use is widespread. According to a Jan. 19 Human Rights Watch (HRW) report, “Tunisia: Amend Draft Drug Law,” the government recorded more than 6,700 people as being jailed in 2016 under Law 52. Manganella said this means that “between 10[,000] and 15,000 people were arrested.”

Most of those arrested are young men from lower socio-economic backgrounds. Heroin and cocaine are also used in Tunisia, but hashish, being cheaper, is more popular. A sticky brown brick of “zatla,” Tunisian slang for hashish, can be had for less than 10 dinars ($4) in lower-class neighborhoods.

Although drug usage is still taboo in Tunisia, including for soft substances such as hashish, the Tunisian public is not necessarily in favor of harsh sentences for it. Even members of Ennahda, the leading Islamist party, have publicly stated that people should not be going to prison under Law 52.

Manganella frames the issue in terms of human rights, noting that Tunisia is a member of the United Nations and has signed and ratified most human rights treaties. “We need to start talking about the reality,” he said, “not a philosophical idea of what a society is. … This is just pragmatic thinking.”

The reality is that people incarcerated for drug use constitute more than 30% of Tunisia’s prison population, HRW reported in January. This suggests that recreational users, not dealers and couriers, are bearing the brunt of the punishment when drugs are involved. In relative population terms, Manganella said, Tunisia's incarcerated population is twice that of France. The UN High Commissioner for Human Rights estimates that some prisons are at 150% capacity. Tunisian prisons have come under fire as hotbeds for jihadi recruitment and radicalization, so it seems illogical that the government would want to mix drug-using students with hardened or radicalized criminals.

Law 52 is often presented as a policy of deterrence, but 54% of those jailed under the statute have been found to resume smoking, according to Manganella. Financial gain for the state could be a motive for the law's continued implementation. With 6,700 arrests in 2016, the related fines could total some 10 million dinars ($4.4 million). It is also possible that given Tunisia’s democratic transition, which is only six years old, the government has focused more on economic reforms and political stability than on judicial reforms and human rights. The Justice Ministry declined to comment for this article.

Tunisian civil society is robust and has been lobbying the government for reforms. In December 2015, the government approved and sent parliament a draft revision of Law 52 that would have abolished jail time for first- and second-time offenders in cases involving possession for personal use. It would also have given judges leeway to prescribe alternative forms of punishment and treatment.

A second draft revision by parliament early last month, however, reinstated prison terms and increased the fine for possession to 5,000 dinars ($2,188). Judges have discretion on whether to hand down prison terms, but this leaves the door open to corruption and misuse. ASF, HRW and the Tunisian League for Human Rights issued a joint statement Jan. 19 condemning parliament’s revision.

President Beji Caid Essebsi, who in 2014 campaigned on a platform of amending Law 52, said Feb. 19 in an interview with Nessma TV, “One year of prison is too much, and I am involved in presenting a new legal project to preserve the lives of our youth.” Essebi reportedly wants to temporarily halt arrests on cannabis charges until the legislature completes work on revising Law 52.

There is reason for Tunisians to be hopeful that Law 52 will be amended, although the effort will more likely stem from local organizations and civil society than newfound benevolence on the government's part. Manganella remarked, “I’m optimistic that civil society won’t so easily let a [new] law pass that reminds us of Ben Ali’s regime.”