A new report on Tunisia's sodomy law highlights how members of the LGBTQ community who turn to police for protection can instead be subjected to abuse and violence. 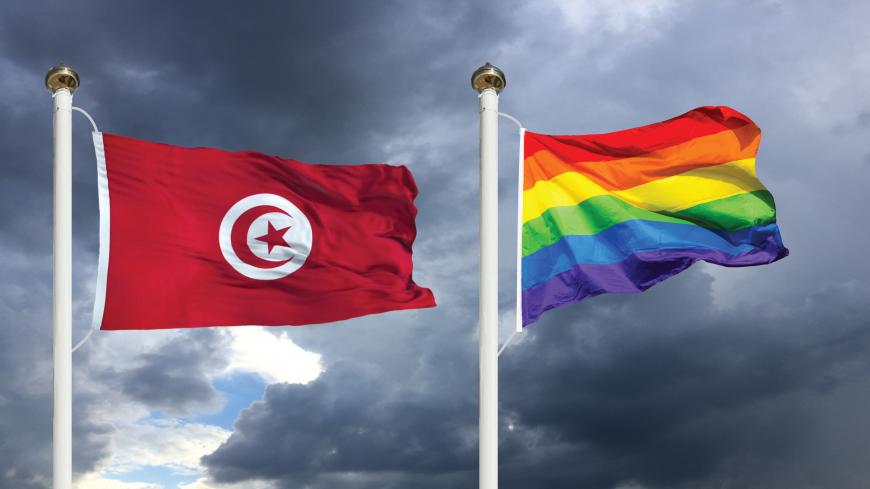 Less than a year ago, a Tunisian engineer with the initials K.S. traveled to the coastal town of Monastir for the weekend. While there, he began chatting with someone on Grindr, an online dating and hookup app for gay men. They met later that day at a cafe, where K.S.’s date then suggested they move on to his house. After they arrived, K.S. said, two other men appeared, beat him and sexually assaulted him with a baton while shouting homophobic insults at him. Bleeding and terrified, K.S. went to a local hospital, but was refused medical treatment without a police order. At the police station, officers were more concerned about K.S.’s sexual history than the fact that he had been gang raped. They ordered an “anal exam.”

“How they treated me was insane,” K.S. would tell Human Rights Watch (HRW), which documented his story in a November 2018 report. “How is it their business to intrude into my intimate parts and check whether I am ‘used to sodomy’?” A few days after the attack, K.S. flew to Belgium, where he applied for asylum.

Tunisia is one of 70 countries where homosexual activity is illegal. The history and dynamics of the legal aspects of Tunisia’s sodomy law is explored in “Article 230: A History of the Criminalization of Homosexuality in Tunisia,” a paper written by Ramy Khouili and Daniel Levine-Spound.

Wahid Ferchichi, a Tunisian law professor with expertise in anti-LGBTQ legislation, explained to Khouili and Levine- Spound that Article 230 of the Tunisian penal code distinguishes between “natural and unnatural sexual acts,” a distinction that is applied to both heterosexual and homosexual relations. Non-vaginal intercourse — specifically sodomy between adults — is punishable by up to three years in prison.

“The Tunisian authorities have no business meddling in people’s private sexual practices, brutalizing and humiliating them under the guise of enforcing discriminatory laws,” Amna Guellali, HRW's director in Tunisia, told The Guardian in November. The government, however, has made such meddling its business since 1913, when it officially incorporated discriminatory statutes into the country’s legal code. The question is why the government continues to enforce such archaic and inhumane laws.

Khouili, a Tunisian doctor and researcher, and Levine-Spound, a student at Harvard Law School, delve into the murky origins of the law, which they point out has “no clear analogue within pre-colonial Tunisian law.” “Previous Tunisian penal codes, such as the Qanun Al Jinayat Wal Ahkam Al Urfya issued in 1861 under the Husainid dynasty, include no reference to sodomy or homosexuality whatsoever,” they wrote.

Rather, Tunisia’s sodomy law is a relic of French colonization, similar to Britain’s legal control over “appropriate” sexual behavior in India. In an e-mail to Al-Monitor, Khouili and Levine-Spound remarked, “Defenders of Article 230 will need to reckon with the fact that they are defending a law which was likely drafted by a small group of French bureaucrats over a century ago — it has no clear precedent in Tunisian law.”

Though France long ago decriminalized sodomy in its own legal code, Orientalist conceptions along with obsessions and assumptions about Arab sexuality continued to very much inform France’s perception of North Africans.

“Dating back at least as far as the 16th century, a number of Europeans moved to Tunisia for the specific purpose of escaping the repression of the Catholic Church and living their sexual identities more freely,” wrote Khouili and Levine-Spound in their paper. “For French colonial authorities in Tunisia, it is possible that broader anxieties around ‘indigenous’ sexuality, coupled with a 19th-century emphasis on social control, influenced the commission’s decision to include a sodomy law in the Tunisian penal code.”

Tunisians who support Article 230 will often point to the country’s Islamic character to justify the statute’s continued enforcement. Many people interpret the story of Sodom and Gomorrah, involving the prophet Lut in the Quran and Lot in the Old Testament, as proof that God finds homosexuality sinful and unnatural. As Khouili and Levine-Spound point out, however, “Scholars have contested the notion that God punished the people … for sodomy.”

They cite Olfa Youssef, a Tunisian scholar of Islamic law, who argues, “The vile acts of the people of Lut were not limited to having sexual relations with men; they concerned other practices which threatened the security, and physical and moral integrity, of others.”

Over the past century, Tunisia’s political landscape has been dramatically transformed. In 1956, the country gained its independence, which was followed by two secular dictatorships. The 2011 revolution represented another shift and reshaping of the country’s character. There have been significant legal reforms around freedom of speech, political organization, women’s rights and racism, and there has been some positive movement on queerness as well.

Levine-Spound told Al-Monitor, “The existence of four officially recognized LGBTQ organizations in Tunisia would have been unthinkable before 2011.” That said, Article 230 remains unaltered as Tunisia makes progress in other social realms and critically examines religiously or colonially entrenched laws.

“It is a strange situation – Article 230 is a colonial-era law that has not changed in over a century,” Khouili and Levine-Spound told Al-Monitor. “Yet it continues to destroy the lives of queer Tunisians today, five years after Tunisia's promulgation of the most progressive constitution in the region.” 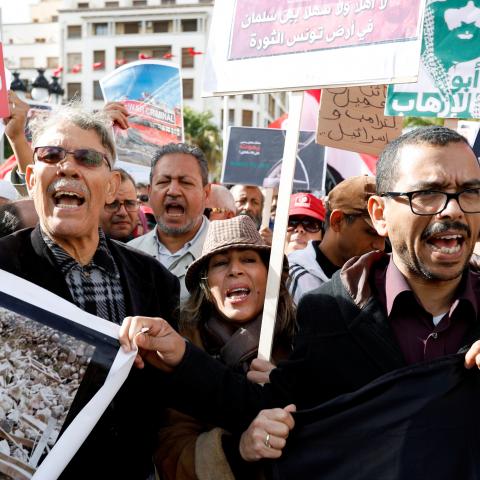