Former ambassadors say Donald Trump is in dire need of an expert to "school" him on Islam. 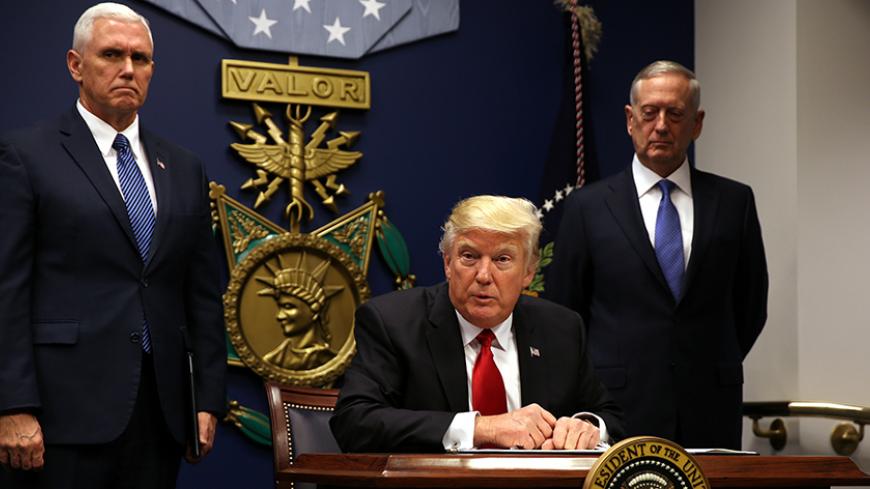 Former envoys say they hope Trump will heed that advice — for his own sake.

Two past advisers to US presidents told Al-Monitor that, since taking office, Trump has needlessly antagonized Muslims throughout the Middle East and beyond with his policies and rhetoric. While they offered varying opinions about the president's temporary ban on refugees and visitors from seven majority-Muslim countries, the former ambassadors agreed that Trump urgently needs an adviser on religious matters to help him shape his message.

"He needs someone immediately to culturally translate, with sensitivity, what religion means to cultures," said Suzan Johnson Cook, a Baptist pastor who served as President Barack Obama's ambassador-at-large for international religious freedom from April 2011 to October 2013. "This is an ideological war. It's not just about sending troops and taking people out. There are extremists in every religion, and to pinpoint one above the others is not fair. It's critical to have a seasoned faith veteran, bridge-builder in that role."

Robert Seiple, who served under President Bill Clinton in 1999-2000 and was the first person appointed to the position, agreed.

Trump "needs a primary adviser who can do some schooling with his image-makers and the people who put together his talks," Seiple told Al-Monitor. "Because so much is religious in nature in the Middle East — or at least used as a whyfor in the Middle East — you need someone who understands the cultures and the religions of the Middle East to make sure he's got that in his Twitter account as he goes forward. If he doesn't get that, he'll continue to make those kinds of self-inflicted comments."

The two former envoys spoke out following a fortnight of domestic and international pushback against what many perceive as the Trump administration's insensitivity or outright hostility to Muslims following his Jan. 27 executive order.

The temporary ban has engendered massive protests against perceived Islamophobia in the United States. It has threatened to upend relations with key US partners such as Iraq and Turkey. And it has been used as a recruiting tool for foreign terrorist groups, including the Islamic State.

At the same time, Trump and his advisers have continued to communicate in ways seen as hostile toward Islam. The president failed to comment publicly when an anti-immigrant male shot six Muslims to death in a Quebec mosque, while criticizing the media for allegedly downplaying attacks by radical Islamists.

Plaintiffs seeking to overturn the president's order made note of that overall atmosphere when making their case before an appeals court on Feb. 7.

"There are statements that … are rather shocking evidence of intent to harm Muslims," said Noah Purcell, a lawyer for the state of Washington.

"Right now I don't see an adviser per se that would tell him or tell his other image-makers what absolutely has to happen," he said. "Like [not] missing out on making a comment on the mosque that was [attacked]. Making sure that what comes out of his mouth creates the balance that is needed for the kind of world in which we live. If one is not free, nobody's free. So stand up for everybody, especially when it comes to religious freedom."

Seiple said he did not find fault with the president's executive order, other than the "ham-handed" way in which it was carried out, without input from Congress and with unclear rules for green card holders and other noncitizens. He denounced the "hypocrisy" of protesters who had little to say when Aleppo was being bombed and the Obama administration was only letting in a trickle of Syrian refugees.

"You've had major issues in Belgium and France and Germany and Turkey. And in this country, according to our FBI director, there are active [terror-related] investigations going on in 50 states," Seiple said. "So there seems to be something afoot that we should know more about and know the people who may be about it."

To do that effectively, he said, the Trump administration will have to gain a more sophisticated understanding of Islam and regional dynamics.

"Today the problems of the world are taking place at that intersection of religion and politics, and we are unsophisticated and unlearned and undereducated on these points at our considerable peril," he said. "And this is true for the State Department as well as any other agency of government."

While Congress created the position of ambassador for international religious freedom with the goal of promoting religious liberty abroad, Johnson Cook said the envoy also plays a role helping the US government adjust to the outside world. She opposes Trump's order, calling it antithetical to US values.

"Part of diplomacy is having an opening — it doesn't mean that you get the answer you want when you go for the diplomatic engagement, but there's an opening, and then the next time there's a possibility of increasing that opening even more," she said. "If you keep building walls, then there's nowhere for your ambassador to go."