New Institute in Saudi Arabia Seeks Deeper Knowledge of US

Shocked by Saudi Arabia’s Grand Mufti's statement that the churches in the Gulf should be destroyed, Christians are turning to Fahad Alhomoudi and his Western Studies Institute, recently created “to bridge Saudi Arabia and the Arab world with the United States and Western world in areas of mutual interest.” Caryle Murphy reports. 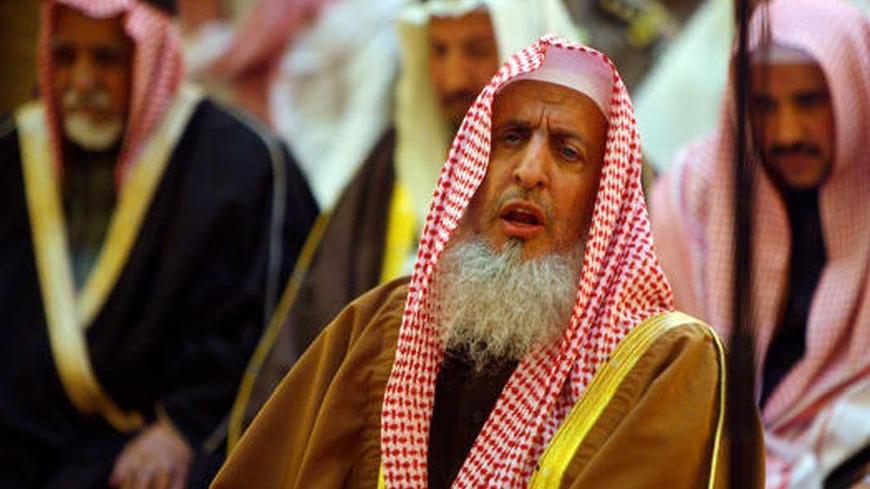 The first sign of trouble was an email from a friend in Philadelphia wanting to know if the news report he’d read was true. This e-snowflake became a flurry and then a blizzard as similar queries piled up in Fahad Alhomoudi’s inbox.

Christians from Europe, Asia and the Middle East all wanted to know if Saudi Arabia’s Grand Mufti, the kingdom’s top official religious authority, had actually said that all the churches in the Gulf region should be destroyed.

They had turned to Alhomoudi because of a unique venture launched by this professor of Islamic law and religious studies. Alhomoudi, 39, is founder and president of the Western Studies Institute, the first non-governmental organization in Saudi Arabia dedicated to fostering cultural and religious dialogue between the West — particularly the United States — and the Middle East, especially Saudi Arabia.

In a recent interview, Alhomoudi said that the Institute’s mission “is to bridge Saudi Arabia and the Arab world with the United States and Western world in areas of mutual interest.” Such an endeavor is needed, he added, because of events that have “created hatred” between the two sides, such as the 2001 terrorist attacks on the US and the 2003 US invasion of Iraq. “We are trying to spread awareness of the importance of [mutual] understanding.”

The Institute is an indication of a growing awareness among Saudi intellectuals and officials that increased cooperation and understanding are vital in today’s global village, particularly when it comes to Muslims and the West. And Saudis increasingly recognize the need to open the doors of their universities and the minds of their people to the rest of the world.

Nevertheless, Alhomoudi’s bridge-building still faces an ambivalent if not hostile environment as not everyone in this ultraconservative kingdom, particularly members of its official religious establishment, favors more openness and contact with non-Muslims. The mufti’s recent remark on churches is a case on point.

For now, Alhomoudi said, the Western Studies Institute is focusing its work in the areas of law, religion and business “because this is where people usually have conflicts.” It is developing partnerships for academic exchange programs with US educational institutions, including Temple University and Ohio State University.

It also is working with George Washington University, where it has set up the American and Saudi Arabian Dialogue (ASAD) Education Center in the university’s College of Professional Studies. The Center is intended as a platform for bilateral collaboration in such areas as law, security, economics and business.

Other Institute projects so far have included translating a score of legal texts from French into Arabic. It also runs the Saudi component of the Kennedy-Lugar Youth Exchange and Study Program, which brings high school-age youths to the US for a year of study.

Alhomoudi said he first envisioned such a center in 2000, when studying for his doctorate in Islamic studies at Canada’s McGill University and realized that while “there is, in almost every American and European university, a center for Middle Eastern or Islamic or Arab studies, there was not a single center with a focus on the West in the Middle East.”

But it was not until 2008 when he was a Fulbright scholar and visiting professor at Temple University that things began taking shape. Some faculty there helped him get the Institute off the ground.

The Institute, which Alhomoudi said is privately funded, is unusual because it is notoriously difficult for anyone — Saudi or foreigner — to get government permission to set up an NGO of any kind. It is a US-registered non-profit educational institution with a six-member board of trustees. Its Riyadh offices opened in January 2011.

Some of the scholar-exchange programs that the Institute is organizing will involve faculty from Saudi Arabia’s Al Imam Muhammad bin Saud Islamic University, where Alhomoudi studied and now teaches. Al Imam is regarded by many as the citadel of the kingdom’s ultraconservative Salafi theology, also known as Wahhabism, which for centuries has advocated that Muslims not interact too much with foreigners or people of different religions lest their own Islamic faith become enfeebled.

But even this university is opening up a bit. Partly at Alhomoudi’s prodding, it hosted a visit in 2010 by Leonard Swidler, a professor of Roman Catholic thought at Temple University and a recognized leader of inter-religious dialogue. It was the first time that a Christian scholar had been invited to exchange views with Al Imam’s faculty.

The Western Studies Institute is in line with King Abdullah bin Abdul Aziz’s 2008 initiative to promote interfaith dialogue. That year, the king, who met Pope Benedict XVI in 2007, hosted an international conference of religious leaders in Madrid. Saudi Arabia also is funding construction of an interfaith center in Europe.

Still, the Institute’s mission can be easily undercut by others in Saudi society, as amply demonstrated by the church comment from the kingdom’s Grand Mufti Sheikh Abdul Aziz Aal Al-Sheikh. According to a report in Al Anba, a Kuwaiti newspaper, Aal Al-Sheikh’s remark came in a private meeting in March with Kuwaiti religious conservatives who asked him if it was all right for the Kuwaiti government to allow construction of another church.

The mufti reportedly replied in the negative and added that existing churches in the Arabian Peninsula should be destroyed. He based his opinion on a declaration by Prophet Muhammad that there cannot be two religions in the Arabian Peninsula. Muslim religious scholars disagree over what is exactly meant by the peninsula in this context, whether it means the whole region, only Saudi Arabia or just Islam’s holy cities of Mecca and Medina.

Currently, there are no churches in Saudi Arabia, but there is at least one church in each of its five Gulf neighbors of Kuwait, Bahrain, Oman, Qatar and the United Arab Emirates.

Saudi newspapers have not reported the mufti’s comments and many Saudis are oblivious to the storm of criticism it has provoked from Christian leaders and even from some Muslims.

Turkey’s most senior cleric, Mehmet Gormez, told the Turkish newspaper Zaman recently that the Saudi mufti’s comment “is evidently against the aims of Islam [and] against the Muslim tradition's established practice of respecting non-Muslims' rights," according to Reuters. He added that it “has left dark shadows upon the concept of rights and freedoms in Islam that have always been observed."

Alhomoudi cannot publicly dispute the mufti’s comment without risking a severe backlash against his Institute from religious conservatives. But he has replied to the insistent emails from Christians around the world.

He noted how the seventh-century Muslim leader Omar Ibn Al Khattab respected Christian churches in Jerusalem after capturing the city from the Byzantines. Alhomoudi also cited the war-time instructions of Abu Bakr As Sadeeq, one of the Prophet Muhammad’s successors, to his army, which included the command “Do not destroy churches.”

“It is my sincere hope,” Alhomoudi wrote, “that these examples give you some assurance that in the context of ideal Muslim character, respect for others, including Christians and their churches is a necessity ... let us remain steadfast in our common commitment to better the world through greater understanding and respect for one another.”