Is a bromance brewing between Sudan, the Saudis?

Egypt gets the cold shoulder while Saudi Arabia helps get some US sanctions lifted from Sudan, and Khartoum remains committed to the Saudi-led coalition fighting in Yemen. 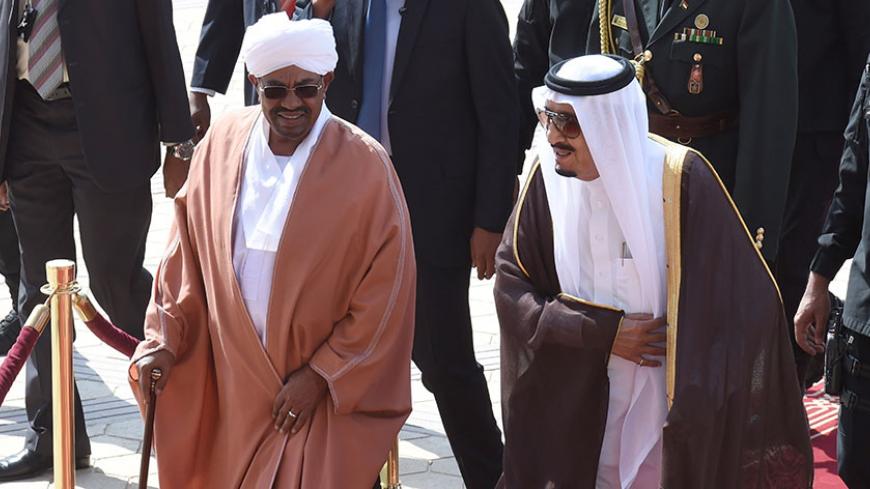 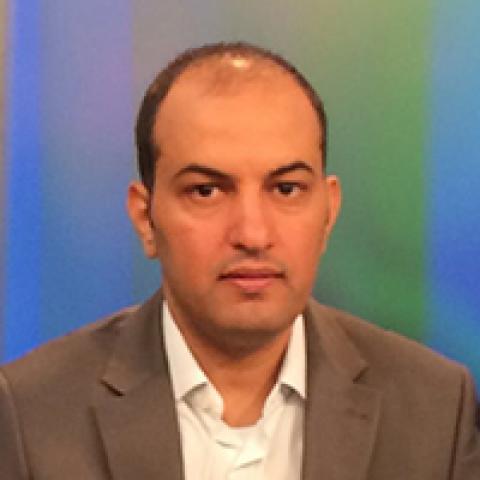 Egypt is looking more and more like the third wheel on a date between Sudan and Saudi Arabia. After US President Barack Obama agreed Jan. 13 to lift some financial sanctions imposed on Sudan, that country's president, Omar al-Bashir, immediately visited Saudi Arabia. Sudanese officials said the Saudis played an important role in getting the trade sanctions lifted.

“We have enjoyed Saudi support in this regard, and [Saudi] King Salman bin Abdul-Aziz [Al Saud] pledged to President Bashir to continue his efforts to lift all the sanctions imposed on Sudan and remove the country from the list of state sponsors of terrorism,” Sudanese Ambassador to Saudi Arabia Abdul Basit Badawi al-Sanosi told Al-Monitor recently.

The United States imposed sanctions on Sudan in 1997 after the latter was accused of supporting armed Islamist groups, committing human rights abuses against minority groups in Darfur and dealing with al-Qaeda leader Osama bin Laden, who lived there between 1992 and 1996. It will take six months for Obama's changes to fully take effect, and the new administration of Donald Trump has yet to indicate its assessment of them. Other US political and economic sanctions against Sudan remain in place.

Sanosi said the change in US policy was the fruit of long discussions involving Saudi Arabia's and Sudan’s cooperation in the fight against terrorism. Sanosi, who was with Bashir in Medina, Saudi Arabia, pointed out that the US step is a green light for the Gulf states and the rest of the world to deal with Sudan at all economic levels. “It would be better for those countries to deal more enthusiastically with my country moving forward,” he said.

In the past, the Saudis and Sudanese have had their differences. As one example, Saudi Arabia was angered by Sudan's backing of Hamas and the Egyptian Muslim Brotherhood, but those differences have softened.

Sudan’s participation in the Saudi-led military operation in Yemen, which started in March 2015, led to a remarkable improvement in the relationship between Riyadh and Khartoum, whose first batch of soldiers arrived in Aden, a Yemen port city, in October 2015.

The improvement can be seen in an agreement authorized last year for Saudi Arabia to invest in a massive, long-term project to cultivate 1 million agricultural acres in northern and eastern Sudan as part of the Saudis' 30 food-security projects.

Sudan and Saudi Arabia have shared something else in common since January 2016: Each has its own beef with Iran.

On Jan. 3, Saudi Arabia severed its ties with Iran because of the attack on the Saudi Embassy in Tehran. The next day, Sudan closed the Iranian Embassy there because, Sanosi said, Iran was trying to spread Shiism in Sudan. Despite some speculation that Sudan's move was an expensive price it had to pay to further its relationship with Saudi Arabia, Sanosi rejected that premise.

Some speculators believe Sudan will replace Egypt as a supporter of Saudi Arabia and its policies in the region. Egypt and Saudi Arabia are at odds for many reasons, some of which include Egypt's siding with Russia over the war in Syria, Saudi Arabia's halting oil supplies to Egypt, an Egyptian court's blocking a deal in which Egypt was to transfer two Red Sea islands to Saudi Arabia and Egypt's consternation over a Saudi delegation's visit to the controversial Grand Ethiopian Renaissance Dam near Sudan's border with Ethiopia.

Sudanese journalist Fatah al-Rahman Youssef told Al-Monitor in Riyadh that Sudan’s role could not be ignored even if relations between Saudi Arabia and Egypt were at their best. Khartoum has active contacts with all African countries, and is considered Saudi Arabia’s best option to establish political, security and economic relations with Africa. Sudan’s influential role in the African region is evidenced by the support it receives from the 34-member African Union (AU), which called Feb. 1 for members to withdraw from the International Criminal Court (ICC), saying the court often mistreats African countries. In June 2015, the AU defied the ICC and allowed Bashir to attend its summit in South Africa, despite the ICC's outstanding warrant charging Bashir with committing war crimes in Darfur.

As the sanctions are lifted, Sudan will be able to import military equipment and spare parts, and its companies will once again be allowed to export cotton, wheat, sugar and acacia gum, which Sudan is famous for and is used in drug manufacturing.

Meanwhile, the Saudi investment sector seems to be active in Sudanese territory, in tune with the positive political steps.

In this context, Hussein Bahri, a Saudi businessman from the city of Jeddah and the head of the joint Saudi-Sudanese Business Council, told Al-Monitor that Saudi companies are increasingly attracted to Sudan, which provides them with opportunities in mining, tourism, medicine, manufacturing and petroleum sectors. “I expect the Saudi investments to go beyond the existing figures standing at $3.5 billion,” he said.

Bahri noted that the recent US decision will allow the free movement of funds to and from Sudan and improve the local currency exchange rate. In other words, the situation is improving in a country that has been suffering from an economic blockade for decades, Bahri said.

From foes to friends

The relationship between Sudan and Saudi Arabia was at its worst on Oct. 29, 2012, when Khartoum allowed three Iranian ships to dock in the waters of the Red Sea. This raised Saudi suspicions that, almost a year later, led Riyadh to prevent Bashir's plane from crossing its airspace to Tehran to congratulate Iranian President Hassan Rouhani on his election.

The bickering between the two countries reached a point where Saudi banks in 2014 halted remittances to Sudan, thus depriving the Sudanese economy of expatriate funds. There are more than half a million Sudanese expatriates who work in educational, health, service, economic and other institutions in Saudi Arabia. The ban was lifted in April 2015.

Jaber al-Harami, a Qatari journalist and former editor-in-chief of Al-Sharq newspaper in Qatar, told Al-Monitor by phone from Doha that Sudan's leaning toward the Saudi axis in the region — given that it closed the Iranian Embassy in Khartoum — is consistent with the Arab position, which is exemplified by the Gulf Cooperation Council countries led by Saudi Arabia. “The Gulf states are defending the Arab causes [as opposed to the interests of Iran and the Syrian regime] before the international community, while the Egyptian position is drifting away from that” toward Iran and Syrian President Bashar al-Assad, he said.

Harami said the Gulf-Sudanese relationship will grow because of Sudan's influence and its strategic value on the Red Sea and as a gateway to the African continent. If Egypt continues leaning toward rapprochement with Syria, Russia and Iran, Sudan will surely assume the role of Saudi Arabia's ally in Africa.

The Republic of Sudan is closer than ever to the Gulf countries, and Kuwait has gotten over the grudge it harbored after Sudan supported then-Iraqi President Saddam Hussein’s short-lived occupation of Kuwait in 1990. Bashir himself issued a decree in November 2016 allowing Kuwaitis to enter Sudan without a visa.