The real sultans of Istanbul: Cats

A new documentary that follows seven of Istanbul's hundreds of thousands of famous cats is getting claws-up reviews from critics and viewers as screenings begin this weekend. 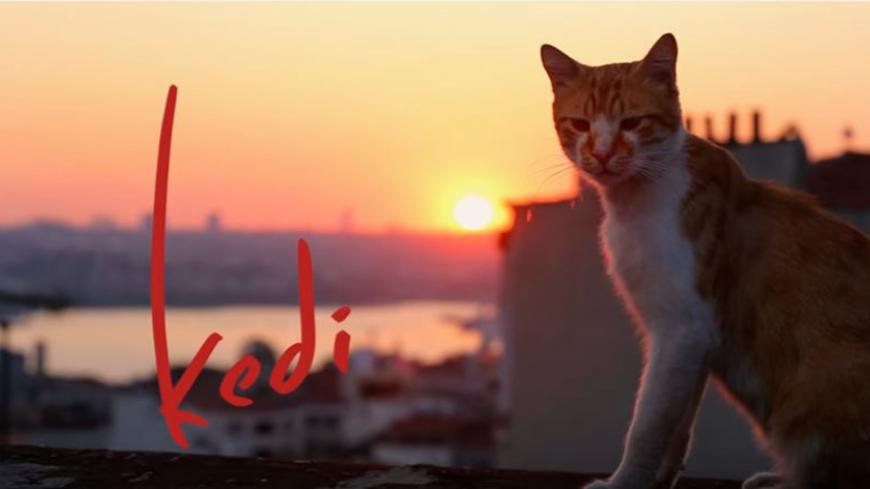 A screenshot from the trailer of the movie "Kedi," uploaded Dec. 15, 2016. - YouTube/oscopelabs

Istanbul’s love of cats is world-famous. From tributes to Tombili, the late feline phenomenon, to social media photos and short clips, cat lovers can find their fill of cat accolades posted from the streets of Istanbul. And now that love has been documented in a new film.

The cats are strays but have names. Their favorite hangouts and foods are well-known to locals. Kids grow up hearing the warning, “If you kill a cat, you have to build a mosque to receive God’s forgiveness.”

The neighborhoods take care of them, yet they have no official owners.

So how would you like to see a cat’s daily life on the streets of Istanbul? The movie "Kedi" (Turkish for "cat") will show you. It’s not animated, as some might expect. Ceyda Torun, the director of "Kedi," was six months pregnant when she and her crew started shooting in the streets and alleys of the megalopolis in April 2014. The actors in the documentary are peculiar: seven cats, each with a unique character.

Gamsiz, the player, is a young male whose main caregiver is a baker. However, for special delicacies he visits different homes every other day. As he jumps on to one home’s balcony, the homeowner mimics for the film crew just how he will enter. As the camera zooms on Gamsiz, he is persistent but charming, holding up one paw behind the glass door, requesting that it kindly be opened — exactly as his host had predicted.

Torun, who grew up in the Kadikoy district of Istanbul, told Al-Monitor she and her crew searched almost all the neighborhoods to cast the most ideal stars. All the cats’ names are well-known names in their neighborhoods — except for Hunter, whose nom de guerre is more a description of his cavalier acts than an official name. He resides around a cafe by the seashore of Kandilli. The cafe owner is grateful to him for catching mice and doing so in a discreet manner. “He does justice to the love he receives here,” the owner said.

Age-old stories suggest Istanbul has a variety of cats because ships visited the city from different places, and some of their mousers ended up missing their return trips.

The way Torun’s camera captures the cats steals your heart, even if you’re a dog person. Istanbul’s sights and sounds are presented in a way that makes you feel you are roaming the city both through the eyes of a feline but also on a magic carpet. The documentary is a brilliant product of passion.

And love. Torun not only directs the film, but she and her husband, Charlie Wuppermann, are the producers. Wuppermann also assumes the role of cinematographer, along with Alp Korfali. When Al-Monitor asked Torun how it feels to work with her husband, she said, “We were co-workers before our romance started. So it helps to have a good friend, someone straightforward and knowledgeable to provide feedback and critique your work. The disadvantage is that you never stop working. There is no separation of family and work.”

That lack of separation is reflected in the film as dedication. Torun’s actors didn’t schedule breaks, so neither did Torun and her crew. The result is a once-in-a-lifetime experience of alluring sights and sounds.

When it premiered at the end of 2016 in Turkey, critics applauded the film. It begins screening today, Feb. 10, in New York and received “four claws up” from New York Times reviewer Glenn Kenny. From New York, "Kedi" will visit several cities in the United States and Canada. The date for worldwide availability hasn’t been determined, Torun said.

The documentary is also precious for its choice of music. For people who have grown up accustomed to Turkish music of the 1980s, the soundtrack is a special gift on its own. It is almost as if you are maneuvering the cobbled Istanbul alleys with the cats and the street vendors are playing these catchy tunes. Each elegant cat step is synchronized with the beats. Each cat and neighborhood are matched with a different tune for their own idiosyncrasies.

Yet beyond the gorgeous scenes and exciting images, the documentary shows the cats’ interactions with the people of Istanbul. Torun has done an amazing job reaching out to a diverse group of citizens. In each neighborhood you see quirky characters going about their daily routines.

Istanbul is a rough city, with an increasing number of high-rises, intense traffic and overcrowded public transportation. Yet these people all share a genuine smile at the end of their chats with Torun. They each explain the cats' characters and how those characters have captured them — and through the words of every one of them you can see the cats' healing abilities. The people all are grateful for the cats; they all understand the cats have served their well-being. These ordinary men and women from different walks of life appear as people who would never be captured in public with such astonishing smiles and honest confessions. To describe the relationship between himself and a cat, one says, “Cats choose people.” Another person adds, “It’s therapy.”

The documentary is itself therapy for weary souls, for anyone who can appreciate loyalty, a fighting spirit and an aversion to unconditional obedience. Cats of Istanbul and their tales told from the eyes of Torun’s camera and the words of those who witness their lives closely show us a unique form of resistance in a city that is increasingly buried under steel and concrete.

These aren’t house cats. They refuse to live locked behind doors; instead, people open doors to them. They have compelled the locals, from fishmongers to market managers, to establish accounts for them with veterinarians, accounts that are paid for by donations. There is an impressive system in place without any written rules, codes or regulations.

Cats cross all dividing lines of society in Istanbul. When you watch the film, you are not only filled with hope for the future of Turkey but also a sense of identity that binds the people of Anatolia together.