After two decades of arduous work, a university research center in eastern Turkey has saved the precious Van cats from extinction. 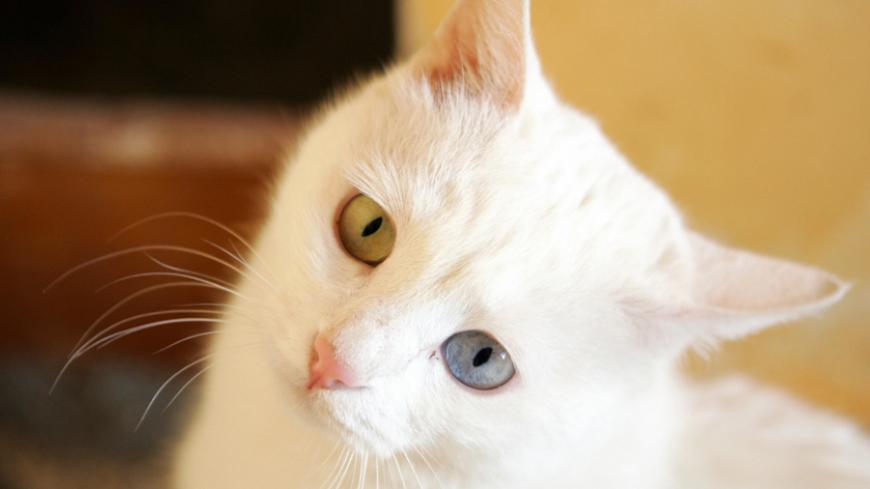 The world-famous Van cats, snow-white, with odd colored eyes and found in Turkey’s eastern province of Van, have been saved from the threat of extinction. Their number, both in Van and other Turkish regions, is now near a thousand. The Van Cats Research Center, established by Van’s Yuzuncu Yil University in 1992, has played a key role in saving the species from extinction. The number of purebred Van cats at the center has increased from 30 in 1992 to 144 in 2014. In the 23 years since its creation, the center has also given away hundreds of cats to animal lovers in Van on the condition that the felines remain under the center’s scrutiny. The cats have been issued ID cards and the university has banned them from being sold or given away as presents. Taking the cats abroad is also prohibited.

Distinguished for their white silky coat and mismatched eye color — usually one amber, one blue — and their swimming talent, the Van cats were declared a “national species” in a communique published in Turkey’s Official Gazette in 2006. The same year, the International Union for Conservation of Nature and Natural Resources included the Van cat into its report on endangered species, listing it among 16,111 species across the world faced with the threat of extinction due to human abuses. The report contributed greatly to accelerating the project to save the cats, which have lived with the peoples of Anatolia for millennia.

The Yuzuncu Yil University continues to work hard to save the “aristocrat” felines, found only in the Van region. It uses controlled mating methods to make sure the cats are purebred.

In an interview with Al-Monitor, the head of the university’s Van Cats Research Center, Abdullah Kaya, explained the characteristics of the purebred Van cat. “A genetic work is not something that starts and ends at a stroke. The genetic pool must not include alien genes. The Van cat has to be fully white, with one eye turquoise blue and the other amber. The roundness of its face and the length of its tail are very important. We decide scientifically which cats are to be reproduced by checking a number of criteria,” Kaya said.

The Yuzuncu Yil University’s Cat House is currently home to 144 purebred Van cats, including 65 females, 34 males and 45 young ones. The bloodlines of all felines have been registered, including mothers, fathers and even grandfathers. Each cat has a chip. ID cards have been issued also to hundreds of Van cats outside the Cat House.

“The cats we give away to animal lovers are also Van cats, but with both eyes blue or amber, or fur not impeccably white. When a cat gives birth to five kittens, they are not all the same. Only one or two possess what we call purebred characteristics. We keep those at the Cat House and give the others away to animal lovers, again with IDs. Those people can later seek our assistance on issues related to feeding, vaccination or diseases,” Kaya explained.

The cats have become the subject of 12 doctoral and post-graduate studies as well as a number of other projects.

Kaya, who has headed the center for the past two years, commented also on the “in-vitro cats” idea brought up by the previous administration and the latest work at the Cat House.

“The ‘in-vitro cats’ idea entailed the freezing of embryos of purebred cats. This, however, is something difficult, a method not fully mastered yet. It can’t go ahead before other technologies are tried and everything is thought out in detail,” Kaya said.

“Researchers willing to work on the cats undergo a tough questioning. We ask them to explain the purpose of their projects, their thoughts and objectives. Cloning and other similar work is out of the question. Our aim is to breed and reproduce a pure species and raise researchers in this realm,” he added.

The research work on the cats has contributed to boosting tourism in the city. “An average of more than 20,000 people visit the Van Cats Research Center each year. This is a five-star hotel for the cats. Their sheets are changed every 15 days, their rooms and outdoor spaces are cleaned on a daily basis, their food bowls and toys are sterilized. Eight workers take care of the cats, giving individual attention to each of them. Visitors are required to wear shoe-covers,” Kaya said.

He voiced confidence that the Van cats had been saved from the threat of extinction, saying, “The Van cats are now more secure. With the work of our center and all arduous efforts, the threat of extinction for purebred Van cats has receded. Some new projects are under way, but we can’t reveal them before they are put into practice. Yet, I can say we have … achieved great progress in making sure that the species lives on.”

The Van cat has a prominent place in the lives of locals. Retired biology teacher Gulseren Apaydin, who spent her childhood in Van, recounted how she remembered the felines: “Half a century ago, snow-white cats wandered the streets of Van. Their tails were like fox tails. In the summer, I would go to the Van Lake with my elder brother Tayyip and other children. The cats … would go into the water and play with us. Some children would press their heads into the water. The cats were very resistant and funny. When I went back to Van 17 years ago, there were almost no cats in the streets. I paid visits to relatives. The Van cats, which used to be the emperors of every household before, had disappeared from the city. I bumped into a crossbred feline and, by habit, I tried to take it in my arms. It pushed me and snarled. I was astonished. What had we done to those docile cats?”

Van cats deserve to be called “aristocrats.” According to the Van Cats Research Center, they originate in the Altai Mountains. The earliest information of the cats is found on Hittite jewelry and seals. Later, when the Romans ruled the region in 75-387 A.D., they appeared also on Roman shields and banners.