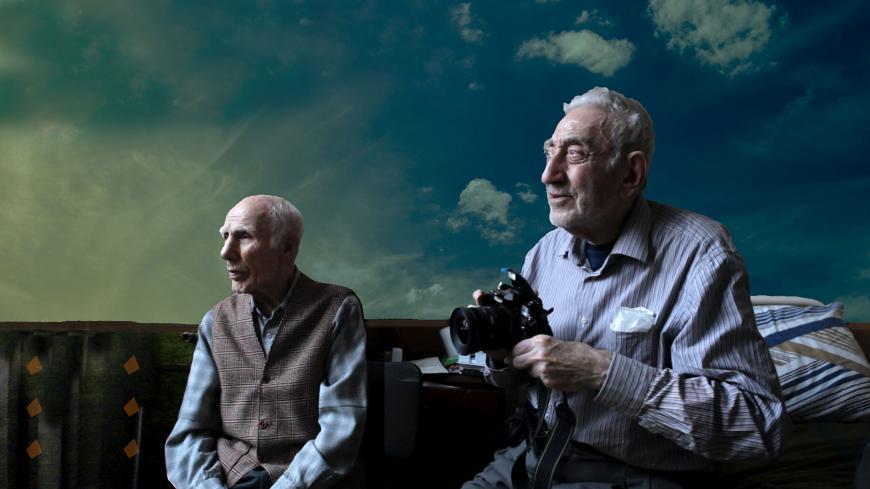 Turkey is seeing a wave of independent filmmaking despite tiny budgets and constraints on political speech, part of a booming industry producing hundreds of new films each year.

The main showcase for independent film is the !f Istanbul Independent Film Festival, which wrapped up its 17th edition on March 4 following additional screenings in Ankara and Izmir. It drew 80,000 viewers to 110 films, including 15,000 people who watched digital broadcasts in 33 cities across Turkey and the region.

“There is a flourishing diversity in the films we are seeing, with the circumstances here producing their own stories, whether it is about Syrian refugees or what’s happening on the border. There is a sense of urgency in telling these stories,” Pelin Turgut, !f’s co-founder and associate director, said in an interview with Al-Monitor. “As the whole industry grows, so too does the indie part.”

More than half of Turkey’s box-office sales, which totaled 870.7 million liras ($230 million) in 2017, are for domestic films, the highest national market share in Europe. Some 71 million people went to the movies last year, despite a slowing economy and a state of emergency imposed in the wake of a 2016 abortive military coup that has imprisoned tens of thousands of the government’s opponents, including dozens of journalists.

Hundreds of social media users have been detained since January for criticizing a cross-border military incursion into the Syrian province of Afrin to quash Kurdish rebels there.

Filmmakers are both nourished and stifled by the political tumult in Turkey. It offers a rich vein of storytelling, but generous state funding can be elusive if filmmakers make films deemed to violate “human dignity, public order or general morals.” In recent years, the Culture Ministry’s interventions have seen films pulled from festivals or shown with scenes blacked out.

“It has always been difficult to receive money from the Ministry of Culture. Having to make independent cinema is actually a form of relief, freeing us from the conventions surrounding storytelling about people in the Middle East. I can ask more universal questions in my work,” said director Emre Erdogdu, whose feature-length debut “Snow” about the encounter of an estranged brother and sister won the !f festival’s audience award, !f Fresh.

“Self-censorship is the biggest problem. Instead of taking risks, filmmakers say they can’t do it because of political pressure. There is political pressure, but if you allow yourself to think about it, you cannot make a film that matters,” Erdogdu told Al-Monitor.

In “Snow,” the extrajudicial killings of a Kurdish character’s brother and father are backstory. Erdogdu takes other risks: His characters’ drug-fueled parties in the backstreets of the Mediterranean resort town of Antalya defy the mores of conservative Turkish society.

“Snow” competed against six films, including “Arada,” an ode to raucous 1990s Istanbul directed by Mu Tunc, and Kurdish filmmaker Salih Demir’s “Cano” in which he searches for a friend who has disappeared in Turkey’s restive southeast. The section also included Italian director Giulia Frati's documentary “Istanbul Echoes,” which follows crooning street vendors across a morphing cityscape. A group of musicians set off on a tour of Turkey in 2014 in the nonfiction "Anatolian Trip," confounding most of the impromptu audiences with their space-rock psychedelia.

“Anatolian Trip” takes place ahead of a ballot that made Recep Tayyip Erdogan Turkey’s first elected president. “I want a president who plays the saz,” quips one character, referring to the stringed instrument played by charismatic Kurdish politician Selahattin Demirtas in his quixotic challenge of Erdogan in the election. Today, Demirtas is in prison on charges of links to Kurdish militants.

Directors Deniz Tortum and Can Eskinazi only completed editing the film after the coup attempt but retained much of the political banter as a black-and-white “time capsule” of a more tolerant period.

The film is part of the “massive growth in documentary filmmaking. Those stories are really important, because they are not being told in other ways. Documentary becomes a good medium to explore those issues,” Turgut said.

Ayse Toprak’s “Mr. Gay Syria” follows refugees who are haunted by Islamic State attacks on homosexuals back home and are now living life on the edge in Istanbul. They compete in a burlesque beauty pageant amid a ban on the city’s Gay Pride parade.

The elegiac “Distant Constellation,” by Independent Spirit Award nominee Shevaun Mizrahi, is a faded portrait of a multicultural nursing home that is slowly enveloped by high-rises amid the building boom that has transformed Istanbul.

A blind photographer, a romancing Francophone piano player and a survivor of the Armenian genocide are among Mizrahi’s subjects in the polyglot film — among the last vestiges of what was once a pluralistic society.

Turkey denies the 1915 massacre of Armenians amounted to genocide.

Turgut acknowledged the festival engages in a “balancing act. Turkey is so polarized, and we hope this is a space where meetings can happen.”

Some say films enjoy more latitude than other forms of expression, especially journalism, in Turkey, with filmmakers better able to adapt stylistically to subtly communicate ideas and skirt censorship.

“Art, including cinema, remains one of the best arenas for freedom of expression. Directors need to narrate the troubles of their time well. That’s what makes for good filmmaking,” said Zeynep Ozbatur Atakan, who has produced a half-dozen of the films made by Turkey’s best-known director, Nuri Bilge Ceylan.

“The festival plays a very important role, providing filmmakers a platform and opening up a space for different perspectives, including the experimental,” she told Al-Monitor.

A central tenet for !f is promoting emerging Turkish filmmakers. The festival’s Shorts From Turkey has exploded since the festival’s inception, with submissions doubling in one year to 300 in 2018, Turgut noted.

A screenwriters’ lab and documentary filmmaking workshops are also part of the incubation process, helping to launch star careers. Tolga Karacelik worked on the script for “Butterflies,” which won the jury prize at the Sundance Film Festival this year, at an !f lab, as did Deniz Gamze Erguven, whose 2015 “Mustang” was feted at Cannes. Ceyda Torun’s critically acclaimed documentary “Kedi” premiered at !f in 2016.

Side events this year included discussions on the local punk scene and the perennial Love Rules! party that celebrates Istanbul’s gay culture.

Amid the revelry, organizers remained rattled by the October arrest on coup-related charges of Osman Kavala, whose nonprofit partners with !f in the New Film Fund to support diverse voices in Turkish documentary filmmaking.

Lessons for weathering Turkey’s current political storm could be found in festival entries. The jarring final twist of "Snow" left some audience members shaken. “I believe that, as in life, out of pain emerge far better things,” said Erdogdu of his film’s conclusion.

by Murielle KASPRZAK and Joseph SCHMID | AFP | May 26, 2022
END_OF_DOCUMENT_TOKEN_TO_BE_REPLACED