Iranian hard-liner slams Trump for not tearing up nuclear deal

A prominent hard-liner in Iran has expressed his anger over US President Donald Trump going back on his words about tearing up the nuclear deal. 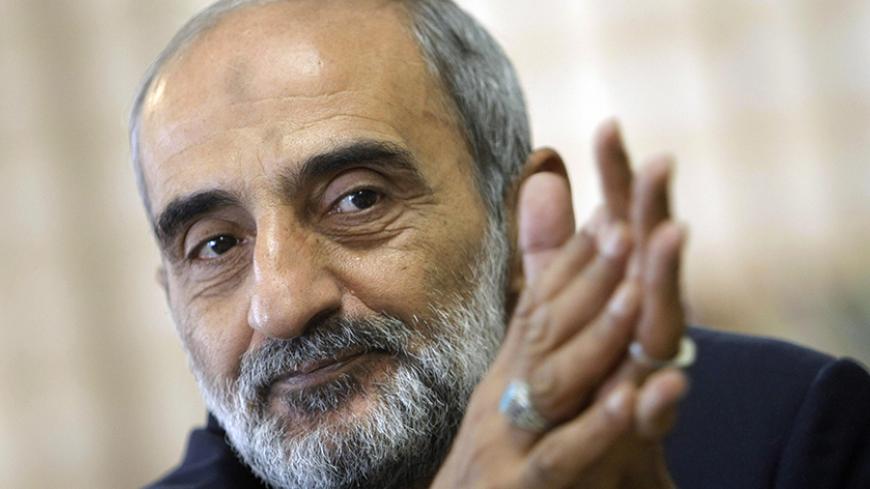 Iranian Hossein Shariatmadari, director of the hard-line Kayhan (Universe) newspaper group for the past 15 years, looks on during an interview in his office, Tehran, Iran, Sept. 16, 2007. - BEHROUZ MEHRI/AFP/Getty Images

Along with moderates and Reformists, Iranian hard-liners are slamming US President Donald Trump, but the reason of their criticism is different. Moderates are worried that Trump may fulfill his electoral promise by tearing up the Joint Comprehensive Plan of Action (JCPOA), while hard-liners lash out at the current US government for not destroying the deal.

Hossein Shariatmadari, known for his hard-line positions, has criticized Trump for not scrapping the Iran deal.

Following two years of negotiations between Iran and the P5+1 (United States, United Kingdom, France, Russia, China and Germany), the two sides reached a deal in 2015. During the talks, and after reaching the JCPOA, Iranian hard-liners repeatedly questioned the ability of Iran's negotiation team to stand up to the West.

During the US presidential election, Shariatmadari described Trump’s promise to tear up the deal as “the wisest decision.” He said, “The JCPOA is a golden document for the United States but is considered nothing except humiliation and a loss for Iran."

Shariatmadari, who is the chief editor of hard-line Kayhan newspaper, told Fars News Feb. 7, “Trump was unaware during his presidential campaign what a big and windfall score the JCPOA has provided for the United States. That is why he had promised to tear up the JCPOA.”

He added, “Unfortunately, Trump has now come to his senses and has realized that his ex-pals [in the White House] swindled Iran. Therefore, not only is he unwilling to tear up the JCPOA, but he also announced that he will support [the JCPOA] completely.”

Since the signing of the JCPOA in 2015, the hard-liners have been attacking the nuclear deal in order to disvalue it in the eyes of ordinary people in Iran, so that in the presidential election in May the moderates and Reformists would not be able to brag about the JCPOA as an achievement.

Meanwhile, Iran’s moderate President Hassan Rouhani addressed hard-liners’ concerns at the 34th Book of the Year Award ceremony on Feb. 7. “Some believe that we should not talk and negotiate with world powers because they believe that they can trick us, but we heeded the political decree by the supreme leader and could continue the negotiations and reach an agreement that the new president of the United States cannot stand and calls the worst agreement in the history of the United States,” Rouhani said.

He added, “Of course, the nuclear agreement yielded a win-win result and it is in the interest of everyone and the region.”

During the past few days, influential ayatollahs in the holy city of Qom, a center for Shiites, have defended the JCPOA and Iranian negotiators.

In a Feb. 6 meeting with Ali Akbar Salehi, the head of Iran’s Atomic Energy Organization of Iran, Grand Ayatollah Naser Makarem Shirazi praised the government for its nuclear achievements. “The need for unity and solidarity inside the country especially regarding the JCPOA issue is a necessity. … We should not be the first to violate the JCPOA.”