Many Iraqi minorities supported Donald Trump's candidacy for president, but his visa ban has changed minds. 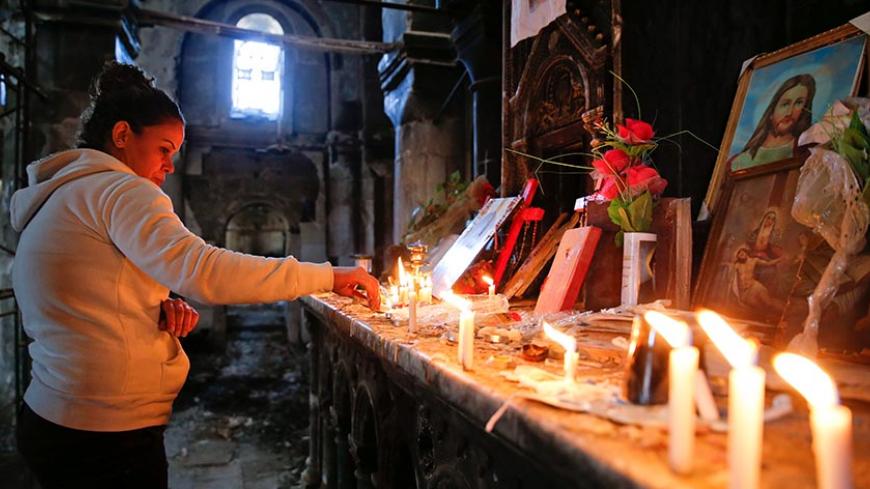 Iraqi Christians come to visit the heavily damaged Church of the Immaculate Conception after Iraqi forces recaptured it from Islamic State in Qaraqosh, near Mosul, Iraq, Dec. 9, 2016. 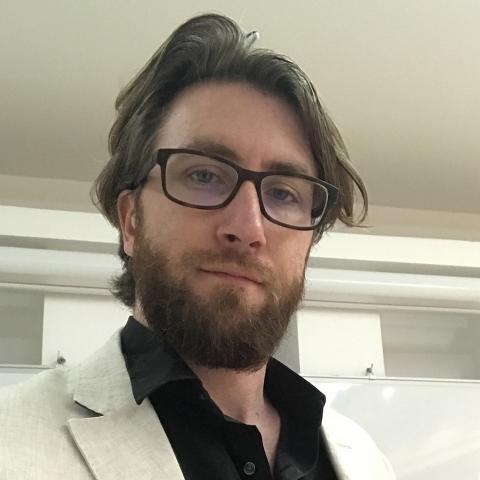 On the slopes of a low mountain, a chilly breeze blows up from the Nineveh plain and through the spires of the Assyrian, Chaldean and Syriac churches in the village of al-Qosh. The peace amid the stone and concrete homes of al-Qosh contrasts starkly with the checkpoint just outside the town, manned by gruff peshmerga soldiers of the Kurdistan Regional Government (KRG). It belies the war only 25 miles south, where Iraqi security forces and militias are fighting the Islamic State (IS) to retake Mosul, Iraq’s second-largest city.

Rabie Patros Younis, a deacon and Christian community activist, settled down in his home office after a phone conversation in his native Syriac. A strained smile came to his face.

“To be honest, Iraq used to be full of Christians,” Younis said. “After 2003, we Christians started to get the idea that we have no place in the region,” referring to the waves of sectarian-based violence that washed over Iraq, hitting religious minorities particularly hard, after the 2003 US-led invasion.

“We’ve been waiting for someone to come change our reality,” Younis continued. “Since 2003, it’s only gotten worse.” That, in short, is why many in Younis' shrinking community supported Donald Trump’s candidacy for president.

“Trump was against extremism,” Younis said. “Obama spoke against it, but in eight years, things only got worse. So Trump said he would change that.”

Younis said many Iraqi Christians, like those in al-Qosh, were excited by the prospect of a world leader making the elimination of IS, under which they have suffered greatly, a top priority. Now, however, Younis is questioning his support for the new president after Trump issued an executive order Jan. 27 banning immigration from seven predominantly Muslim countries, including Iraq, leaving Christians here with one less place to find safety.

“It was just hope,” Younis said. “If we feel the situation changing for the better, then we can say, ‘Trump is the right person for the job.’” He added, “We’re waiting. Right now we don’t have trust in anybody.”

With high unemployment, no career opportunities, sectarian persecution and the instability that comes with living in an area disputed by the KRG and the central government in Baghdad, few young people have reason to remain in al-Qosh. To combat this phenomenon, Younis founded the Nisha Organization for the Empowerment of Youth, which he runs from the basement of his home. It seeks to curb the drain of skills and education plaguing small towns. Nisha offers vocational training for youths and conducts workshops on religious tolerance to diffuse the sectarianism driving Christians away.

For Yousef Qasyanon, another al-Qosh resident, Trump’s immigration ban, although stayed by US courts, blocked his departure from Iraq just as he was about to join his family in the United States.

“I went through the visa process!” Qasyanon said, frustrated, speaking in the shade of a currency exchange shop. “I was hoping to go to America. The process was under the SIV program [Special Immigrant Visas for Iraqis]. I had the visa. But everything has stopped now because of that order.”

When asked about the circumstances that led him to apply to live in the United States, Qasyanon said, “My sons, my daughters, my sisters, brothers — all of them are abroad. I have no one here but my wife. This pushed me to go to the US. Secondly, the security situation in the area [has been a concern].”

Qasyanon said that communities were becoming more ethnically segregated, noting that these days he only feels comfortable among fellow Christians from al-Qosh. Threats from jihadist groups like IS, tensions with neighbors, and land seizures in areas under Kurdish control have all contributed to the continuing sense of insecurity among his community.

Although Qasyanon appeared to approve of Trump’s aggressive attitude, his disappointment with Trump’s ban runs deep. “Trump makes things happen,” Qasyanon said, noting that Trump was keeping his promise to push through certain policies during his first days in office. “I had an application, I did an interview, and I had a visa. This isn’t just a ban on Muslims. This is a ban on everyone.”

Qasyanon was resigned when asked whether he would try to appeal his case for travel. He said there was nothing else to do except wait for a change in policy.

As for the Christian community across northern Iraq, Qasyanon remarked that their numbers were dropping precipitously on the Nineveh plain. “You know, we shrank from one and a half million in Iraq to no more than 300,000 now,” he asserted. “It was security that pushed them to go, despite the fact that they had houses, salaries, enough money to put in the bank.”

Qasyanon added, “If the security situation improved, the [Christians] would stay. But ever since Daesh [IS] came, everything has changed.”

Adding that he feels Trump’s migration policy is furthering sectarian divisions, Qasyanon commented, “It’s not about whether [Trump] destroys Daesh or doesn’t. It’s about changing the policies toward the [Middle East] region. He has created barriers between people, so that no one has trust in the other.”

Some 12 miles north of al-Qosh, in the Iraqi Kurdistan city of Dahuk, Father Emanuel Youkhana, an Assyrian priest, explained the logic behind many Iraqi Christians’ support for Trump’s candidacy.

“My grandfather survived the [Ottoman] genocide of Assyrians in 1915, in which hundreds of thousands died,” said Youkhana. “My father survived the massacre of Simele [in Iraq] in 1933. Now 100 years later, people like me and my community are trying to survive IS.”

A history of persecution from Ottoman times to the present and the recent wave of violence across Iraq have made local Christians desperate for anyone who appears to have the power to help them. “So of course [the Assyrians] will live this illusion of a savior,” Youkhana said bitterly.

He dismissed the idea that Trump’s executive order is Islamophobic, claiming that Western countries have been hamstrung in their efforts to combat terrorism because of political correctness. “There is naive thinking among Western countries, who are trying to beautify this thing called Islamic terror,” he said. “But in my country, Islamic terrorism has a name.”

Despite the current situation, Youkhana believes that Christians should be helped to stay in Iraq. Facilitating their resettlement elsewhere, he said, would be aiding the sectarian project of extremist militants, who wish to see the country emptied of minority religious groups.

“We must keep Christians here,” Youkhana said. “[Otherwise], you are completing the unfinished mission of IS.” The diaspora, he contends, cannot be an alternative homeland for Iraq’s Christians. In dispersing around the globe, ties to religion, language, tradition and land are lost. Resettlement can be good for individuals or families, Youkhana believes, but not for an entire people.

For Youkhana, Trump’s ban is minor compared to the exodus of his community and his desire to keep them in Iraq. “I am bleeding,” he said. “I am in the last minute of 2,000 years of Christianity. This is my priority.” 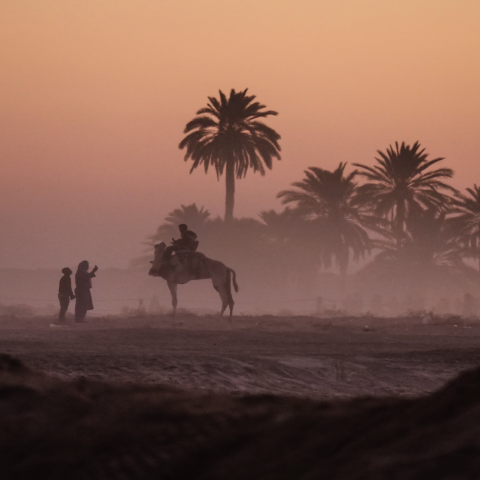 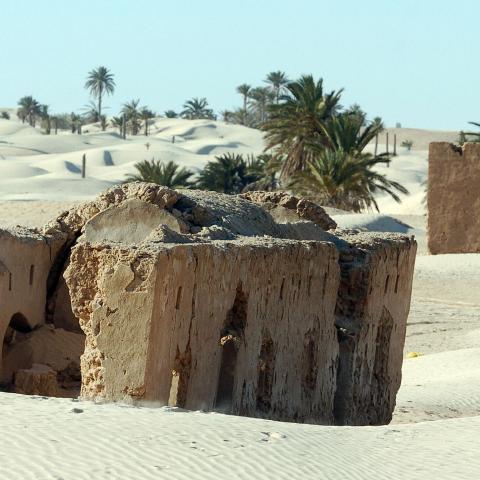 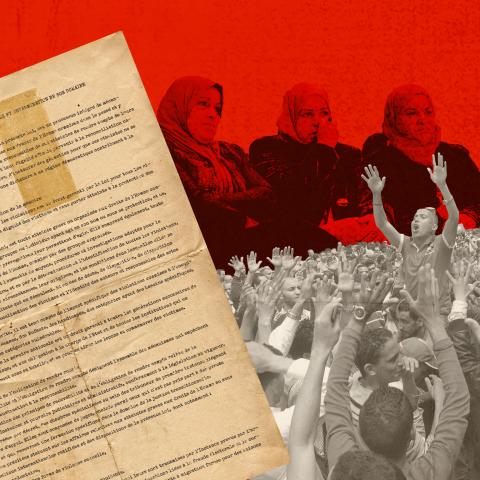