Iraqi Assyrians are often referred to simply as “Christians,” but there is an ancient, distinctive ethnic aspect to Assyrian groups that is overlooked, thus undermining their rights. 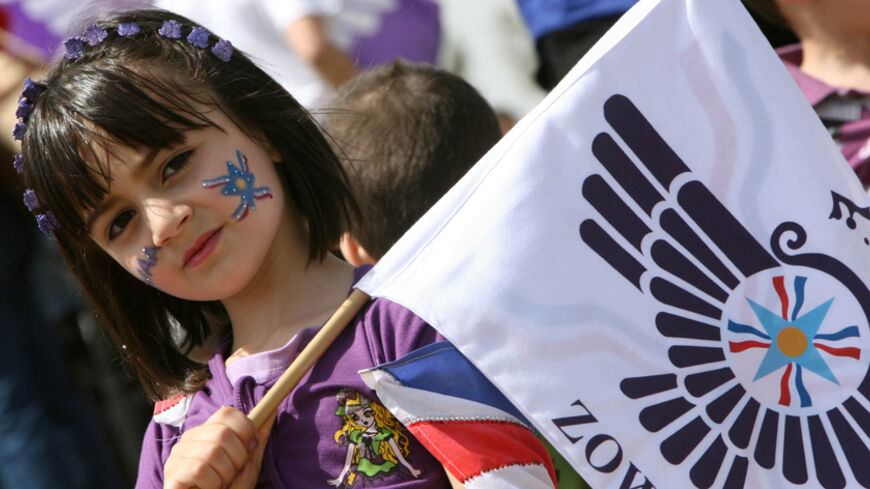 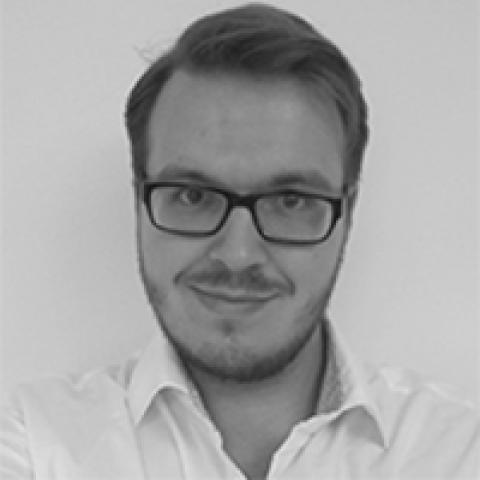 “The images of 1914 and 2014,” remarked Sabri Atman, director of the Assyrian Genocide Research Center, “are very similar indeed.” As the centenary of the Sayfo, the Ottoman genocide against Assyrians, approaches, northern Iraq’s ancient Christian communities are facing a similar nightmare at the hands of the self-proclaimed Islamic State (IS). Yet, while English-speaking peoples have become familiar with Iraq’s Yazidi minority since IS’ summer offensive, Assyrians worldwide are complaining of media misrepresentation of their ethnic identity.

“Articles that refer to us as Christians only contribute in eradicating Assyrian identity,” tweeted Assyrian actor and community activist Rosie Malek-Yonan. “When Assyrians identify themselves as Iraqi Christian,” she continued, “we’ll only be seen as Christian Arabs and Christian Kurds.” The term “Christian” is convenient, particularly as Assyrians are targeted as such. IS, for its part, does not distinguish among Christian Assyrians, Chaldeans and Syriacs in violating their rights. The majority of Iraq’s Christians, however, are not Arabs or Kurds. Many feel this ethnic aspect to the extermination of Christian communities is being evaded.

As multiethnic and multiconfessional Iraq fades away, is it enough for Christians, in a show of solidarity, to reclaim the letter "N," which stands for "Nazarene" ("Christian" in Arabic), as painted on homes by IS militants to indicate where Christians live? Assyrians — those who "speak the language of Christ" as Western media report somewhat inaccurately — may fade from their historic homeland before the eyes of the world without even the dignity of their own self-designation.

That identity is a complex one. The indigenous Christian population of the region has long been divided among different congregations. Those of the Assyrian Church of the East, also known as the Nestorian Church, identify as Assyrians. Members of the Syriac Orthodox (Jacobite) Church often refer to themselves as Syriacs or Assyrians, while Chaldean Catholics identify as Chaldeans. Followers of two smaller churches, the Syriac Catholic Church and Ancient Church of the East, refer to themselves as Syriacs and Assyrians, respectively. A small community of Muslim Assyrians, the Mhallami, lives in southern Turkey. All speak variations of Eastern Neo-Aramaic, a Semitic language related to Arabic and Hebrew, traditionally written with distinct scripts. Many Chaldo-Assyrians, as the Iraqi government refers to them, trace their heritage to the ancient Neo-Assyrian Empire. Recent moves to forge a common Assyrian, Aramaean or Syriac identity based on their shared traits have made limited progress. The intricacies of this identity debate may be one reason for the media clutching to the blanket term "Christians."

Many of the worst assaults on these communities have taken place on the Ninevah Plains. This region, northeast of Mosul, is one of the last areas of cohesive Christian settlement within the historic Assyrian homeland, representing the last possible place for the realization of an Assyrian autonomous region. Now, however, residents from the towns of Alqosh, Bakhdida and Bartella and others have left en masse, with the Assyrian International News Agency reporting up to 200,000 having fled.

These communities have long fielded military units, even serving with the British in the 1920s when revolts wracked the country. New putative Christian, or specifically Assyrian, self-defense militias have emerged, such as Dwekh Nawsha and the Qaraqosh Protection Brigades. Assyrians have also joined the Kurdish peshmerga and the Iraqi army. These formations are not powerful enough to confront IS directly.

There are historic animosities at play, as well. Kurdish and Christian communities have been both persecutor and persecuted. Some Kurdish tribes helped the Ottoman army carry out the Sayfo, in which some scholars estimate up to 750,000 Assyrians perished. In a 1935 recounting of the infamous Simele massacre of 1933 against Iraqi Assyrians, the British administrative inspector for Mosul, Lt. Col. R. S. Stafford, observed that while most of the perpetrators were ethnic Sunni Arabs, Kurds and even Yazidis took part.

Today, because the Kurdish retreat from Yazidi and Assyrian areas exposed towns there to IS, the peshmerga have been accused of shirking the defense of Yazidis and "Christians." Some residents of the Ninevah Plains have used IS’ advance as a pretext to murder and rob minorities. Both today and during the genocide, however, many Muslims risked their lives to protect their non-Muslim neighbors.

Just as the Americans are being pilloried today for what some see as reluctant armed action against IS, so too were the British condemned for failing to hold the Iraqi army accountable. As the Assyrian nationalist writer Yusuf Malek wrote in his account of the killings, “[W]e were betrayed by England on every possible occasion, and were finally handed over to a so-called Arab Government, without adequate or reasonable safeguards for our safety.”

Mass killings took place in both Ottoman and British Iraq. The British tried to co-opt minority communities, and Assyrians suffered under Baathist “Arabization” drives that forced them out of their villages. They suffered again from the fighting between the Kurds and the Iraqi military, culminating in the al-Anfal genocide in the 1980s, and also from infighting among Kurdish militias.

After the first Gulf War, these minority communities in northern Iraq fell under the no-fly zone, the area of which then came under de facto Kurdish rule until 2003. When President Saddam Hussein was overthrown, priorities shifted for the non-Arab population in northern Iraq. For Christians, the US invasion spurred the growth of an insurgency whose sectarian attacks led to further displacement and exodus. For Kurdish nationalists, the focus shifted to securing a recognized homeland to the exclusion of other minorities.

Assyrian journalist Mardean Isaac argued in 2011 that the Kurdistan Regional Government refers to Assyrians as Christians “to delegitimize them ethnically and therefore politically.” According to Isaac,“It is essential, for media and political reasons, that we claim our ethnic identity at this time. If Christianity is all that is at stake, we can worship freely in the West. An Iraqi Christian can easily become a Kurdish Christian or a French Christian. Our living history, and all that comprises it, is irreplaceable: Our link to the past and the future of our people is our land and our language.”

Western discourse on the plight of Christians in Iraq presents a double-edged sword for the Assyrian, Chaldean and Syriac communities. Outrage at the treatment of fellow Christians mobilizes badly needed interest, but is often accompanied by knee-jerk reactions that underestimate the complexity of humanitarian intervention. Explicit support for Christian communities is woefully open to misuse and misinterpretation after years of Western military interventions in the Middle East. It is understandably employed by Assyrians themselves, particularly in their many diaspora communities in Australia, Europe and the United States. Their call for solidarity is heeded by Western politicians eager to see the subject through an evangelical lens, alienating liberals and progressives who have come to identify such advocacy with Islamophobia and endless war.

The plight of the Yazidis demonstrated an uncharacteristic willingness by the media to engage with a deeply complex people whose faith identity defies simplistic explanation. This has hardly been the case for Assyrians, Chaldeans and Syriacs. They are confined to the past as "those who speak Christ’s language," betraying a reluctance to engage with their history as a separate ethnic group or groups. It is a history the world would do well to remember. Raising interest in the Assyrians as a "Christian" people is at the expense of their ethnic specificity. Solidarity through ignorance is not solidarity worthy of the name.