Why Ankara’s honeymoon with Trump may be short-lived

By blasting the Obama administration over Gulen and the Syrian Kurds, the Turkish government is signaling to the incoming Trump administration its demands for improved ties. 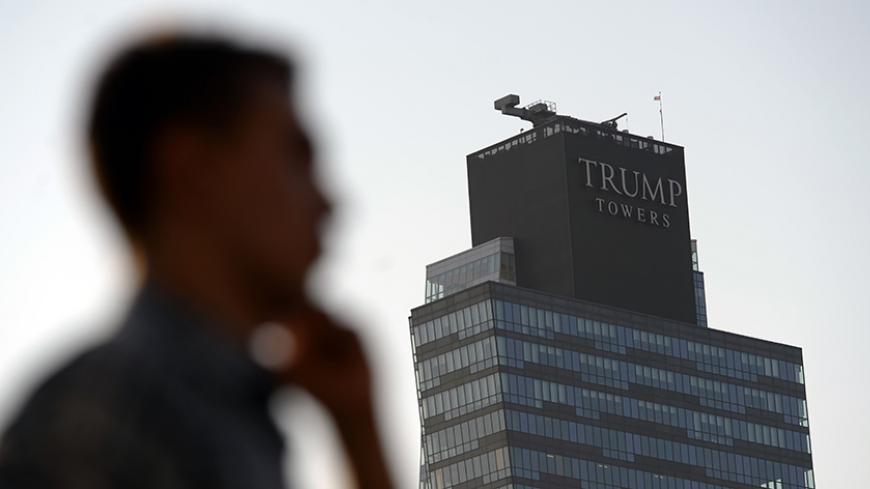 Turkey has increased pressure on Washington in recent weeks, as President-elect Donald Trump has been preparing to be sworn in, by openly renouncing the outgoing Obama administration and signaling to the new administration what its conditions for improved ties with the United States will be.

Ankara clearly expects the Trump administration to place the rapidly deteriorating relationship between the two countries on a smoother trajectory. Remarks by Rex Tillerson and James Mattis — Trump's choices for secretary of state and secretary of defense, respectively — during their congressional hearings have also emboldened Ankara, as both men underlined the need for better ties with Turkey.

The problem appears to be that Turkey’s expectations are predicated solely on Washington meeting its demands, leaving little if any room for negotiation or reasonable compromise. Ankara is saying in effect that if its two clean-cut demands are not met, there is little hope for improved ties.

The first of these is the extradition of Fethullah Gulen, the self-exiled Muslim cleric in Pennsylvania who is accused of masterminding the failed coup attempt in July against President Recep Tayyip Erdogan and the Justice and Development Party (AKP) government.

The second demand is that the United States sever its links to the Democratic Union Party (PYD) of the Syrian Kurds and its military wing, the People's Protection Units (YPG). Ankara says these are terrorist groups linked to the outlawed Kurdistan Workers Party (PKK), which is waging a bloody terror campaign in Turkey.

The Obama administration has refused to meet this demand, arguing that the PYD is different than the PKK — which the United States also lists as a terrorist organization — though these groups don’t deny that they are linked.

Washington also argues that the YPG — which provides the bulk of fighters to the US-supported Syrian Democratic Forces (SDF) — has proven itself to be an effective ally against the Islamic State (IS).

As for the Gulen issue, Washington says it is not up to the administration to decide whether Gulen can be extradited; rather, it is for the courts to decide based on evidence presented.

Official statements in Turkey show that these two issues have become litmus tests that will prove whether or not the United States is a trustworthy ally.

Prime Minister Binali Yildirim declared recently that Turkish officials expect the new US administration to end the Obama administration’s “disgraceful behavior” of supporting the YPG and the PYD. He even claimed that Washington supported these groups to “increase anarchy and terrorism” in Turkey. “This is why the day is ripe for [Turkey’s] friends and its enemies to reveal themselves,” Yildirim said.

These comments echoed previous remarks by Erdogan, who had gone further by claiming that Turkey could prove the United States had also supported IS.

US State Department Spokesman Mark Toner characterized Ankara’s claims as “ridiculous” and “ludicrous,” saying these were “beyond the pale” and “harmful to our relationship.”

Ankara upped the ante recently when Foreign Minister Mevlut Cavusoglu and Defense Minister Fikri Isik suggested separately that Turkey might be forced to bow to public opinion and close its strategic Incirlik Air Base to the United States if Washington’s support for the YPG and the PYD continued.

In an article for The Washington Post last week, Cavusoglu wrote that the Turkish public’s disillusionment with the United States was “palpable.” He blamed US ties with the YPG and the PYD — which he characterized as a “morally bankrupt cooperation” — and Washington’s procrastinations on Gulen “with lectures about due process, probable cause and evidential standards.” Cavusoglu said, “Turks are more dubious than ever about the value of our alliance.”

With Trump about to be sworn in, Ankara’s ties with the Obama administration took a turn for the worse when Washington declared that the PYD must have a voice in any talks designed to end the Syrian crisis.

“At some point, they have to be a part of this process,” Toner told reporters in Washington during his daily briefing Jan 10.

This is the kind of remark that fuels animosity among Turkish pro-government analysts for the Obama administration.

“After eight years in the presidency, Obama is finally leaving,” Ufuk Ulutas, of the pro-government Foundation for Political, Economic and Social Research, wrote in his column in the daily Aksam. Ulutas used derogatory terms to personally attack Obama, whom he accused of sheltering Gulen and acting as a PKK patron. “Obama was a typical white man. He was a leader with personal ambitions and set ideas — a dandy who was insensitive enough to close his mind to the outside world at critical moments,” Ulutas wrote.

“While Obama hangs around golf hotels now, the world will have to grapple with the problems he created,” Ulutas added.

Such expressions of anger aside, though, the big question for Turkey is whether Trump — who clearly wants better ties with Turkey — can meet Ankara’s firm demands. It is not clear, for example, how he can overcome legal hurdles and send Gulen packing to Turkey the way Ankara wants.

Some suggest that by making life in the United States difficult for Gulen, the new administration may be able to take the steam out of some of Ankara’s anger. This, however, is likely to be only palliative in the long run given Erdogan and the AKP’s war with Gulen.

These options reportedly also give the Syrian Kurds a role, especially in the liberation of Raqqa. There is also no indication that the new administration will dump the Kurds at this critical juncture simply to appease Turkey.

During his hearing, Tillerson underlined the need to “re-engage with Erdogan,” which pleased Ankara, but he also urged recommitment “to the Syrian Kurds,” a remark that was underreported in Turkey.

Supporters of Erdogan and the AKP may be happy to see Obama leave, and they are hopeful about Trump, but there are those among them who counsel restraining expectations. Ahmet Kekec, one of Erdogan’s most avid media supporters, blames “the Obama doctrine” for IS and the emergence of the PYD.

“The US tried to reinforce its existence in the Middle East under Obama, not by agreement with its NATO allies and strategic partners, but by working with terrorist organizations,” Kekec wrote in his column for the daily Star.

“Will this plan continue under Trump? I think it will with some minor adjustments. But there will be a difference. The US will take note of its allies and will at least try not to disturb them,” Kekec said. He added, however, that Washington’s position on Gulen would be indicative.

It is not clear if the incoming Trump administration is aware of the balancing act and the political contortions it will have to perform with regard to Turkey. To put it another way, it may not take long for Turkey’s hopes for a new era in Turkish-US ties under Trump to be dashed.

There is also the big question of what Turkey’s next step would be if Washington fails to meet Turkish demands. For now, though, supporters of Erdogan and the AKP are more focused on celebrating the departure of Obama than on the advent of Trump and what this may bring for Turkey in real terms.