Iran: No more political talks with US on nuclear issue

In a press conference on the anniversary of the implementation of the nuclear deal, Iran’s deputy foreign minister announced that Tehran will not enter political negotiations on the deal with the Trump administration. 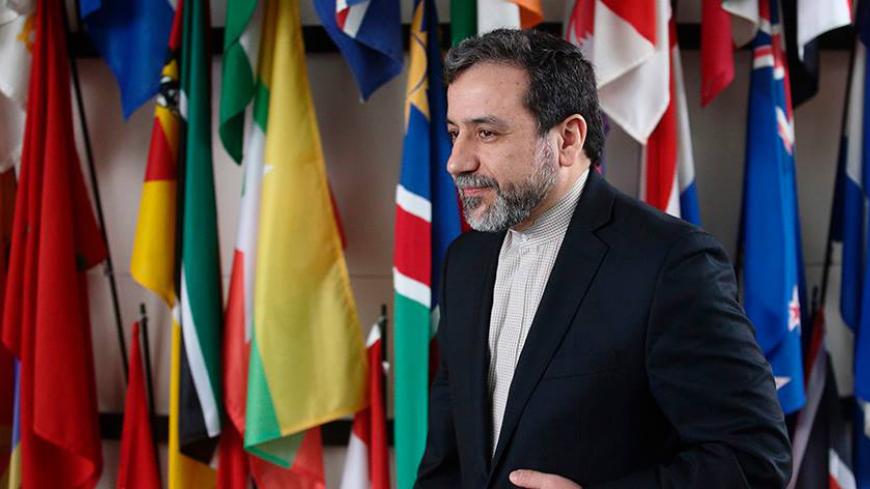 Deputy Iranian Foreign Minister Abbas Araghchi has stated that Iran will not enter political negotiations on the nuclear deal with US President-elect Donald Trump’s administration.

Araghchi, who was speaking on the anniversary of the implementation of the Joint Comprehensive Plan of Action (JCPOA), further explained, “It is possible to have negotiations over the issue of the implementation [of the JCPOA] … and their [the United States] not honoring their commitment appropriately. But the political negotiations have ended, and we neither have nor will enter political negotiations with the current US government nor the future government regarding the JCPOA and its future, unless [our] orders [from the Iranian leadership] change. But at present there is no prospect of this.”

In response to a question about the US’ promises about the lifting of sanctions, Araghchi said, “The Americans had waived the ISA [Iran Sanctions Act], and when the Congress extended it they waived it immediately. The US president is committed under the JCPOA to waive the anti-JCPOA laws, and it makes no difference who the president is. At present, the [ISA] law is not enforced.”

The Iranian deputy foreign minister continued, “During the past year, we have faced failures in [US] commitment [to the nuclear deal], delays, postponement policies, and we do not expect anything other than this from America.”

In reaction to Iranian hard-liners’ criticisms of the nuclear deal, Araghchi said, “The effects of the JCPOA on [Iranian] foreign policy is completely clear. … As a result of the JCPOA, all of the wrong images of Iran that they portrayed have gone away.”

He continued, “The accusations that are being made in America against Obama and his team are that they have been defeated in the international arena, and they portray the Islamic Republic of Iran as the main winner of the [nuclear] agreement. In the [US presidential] election, the candidate who won [Trump] blamed Obama and said that he had signed the most dangerous and disastrous agreement in the history of America.”

Araghchi also directly addressed Iranian hard-liners who have been slamming President Hassan Rouhani for having reached the nuclear deal with six world powers, saying, “I consider most of the domestic critics of the JCPOA as honest, but I demand that, first of all, they should be fair, and second, they should express reality and shouldn’t lie. Let the JCPOA remain a national issue [rather than a partisan issue] in order for the country to benefit from it.” He continued, “Friends within our country who say that we must not trust the West should not themselves trust Western sources and some media.”

Araghchi added, “The sanctions were adopted against three key areas, including energy, shipping and banking. … I decisively state that the situation has been normalized in these areas.”

However, the Iranian deputy foreign minister did note some issues with banking: “Regarding the [remaining non-nuclear] primary [US] sanctions that do not allow our country to use the dollar in financial matters, this issue has caused problems because many countries have dollar-based financial transactions.”

However, he emphasized, “During the past year, lots of problems have been solved … and the Central Bank [of Iran] is pursuing the legal paths [to conduct its business] and is not seeking to bypass the sanctions like the past. In the contract with [European aircraft maker] Airbus, a financial channel was opened, and the problems are being solved.”