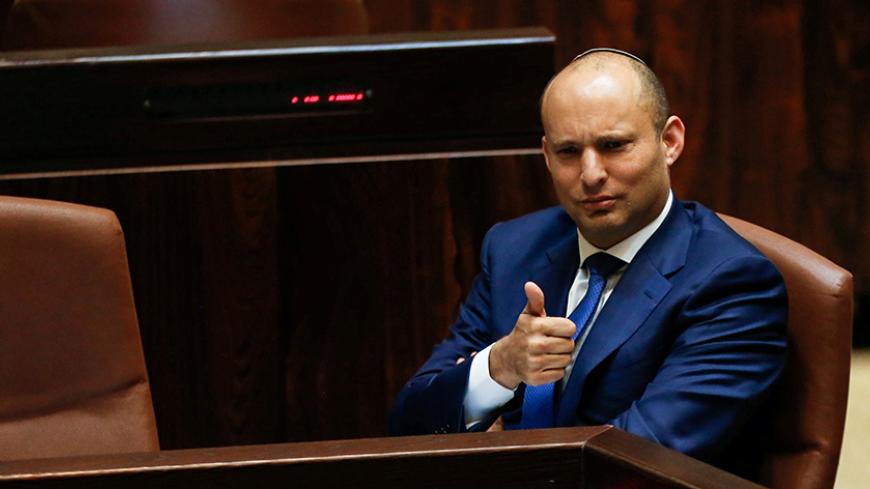 Israeli Education Minister Naftali Bennett during a preliminary vote on a bill at the Knesset in Jerusalem, Nov. 16, 2016. - REUTERS/Ammar Awad/File Photo

“For anyone who still doesn’t understand why I’m ‘obsessive’ about revolutionizing math, English and science education, these are the results of the international PISA [Program for International Student Assessment] test conducted two years ago, before I took office,” wrote Israeli Education Minister Naftali Bennett on his Facebook page Dec. 7. This so-called obsession is apparently a direct boost to the campaign he launched upon taking office to encourage expanded math studies in high school. “We will not ease up. This is vital for us,” the leader of the HaBayit HaYehudi Party pledged in his post.

He appended to his latest post a report reflecting the dismal state of the Israeli education system as measured by the PISA, which tests 10th-graders in 72 countries in math, science and reading. Israel scored lower than average among the 35 members of the Organization for Economic Cooperation and Development (OECD), receiving 467 points as opposed to the OECD average of 493. The gap between Israeli students who excelled at the test and those who encountered difficulties was one of the widest in the world, and the widest among the OECD states.

It wouldn’t be fair to blame the low test scores on the education minister, who took office less than two years ago. This is the grim result of an education system consistently bled dry so that budgets can be funneled instead to defense expenditures, settlements, yeshivas and more. This is the result of the chronic erosion in the standing of teachers and their low pay, along with the increase in poverty and the deepening gap between rich and poor. But since the day he took office, Bennett’s “obsessiveness” has undergone a sea change. It currently targets a somewhat different profession than the one supposed to train the coming generation of scientists, mathematicians and critical-thinking researchers.

On Sept. 13, over a year after he announced a “revolution” in math instruction, Bennett declared that “studying Judaism and excelling in the subject is more important in my view than the study of math and sciences. … We have to be a spiritual world power and to export spiritual knowledge to the whole world. This is the next chapter of our Zionist vision. This is how we will once again be a light unto nations. Because out of Zion shall come Torah and the word of the Lord from Jerusalem (Isaiah 2:3).”

And he practiced what he preached. His true priorities are reflected in school curricula and budgets. According to an investigative report broadcast in November on Israel’s Channel 2 news, the education budget for Jewish studies had tripled over the past two years, from 484 million shekels in 2014 to 1.4 billion shekels in 2016 ($127.2 million to $368 million). The Education Ministry supports 60 centers tasked with deepening Jewish education in some 500 state schools. Many schools add hours of Jewish studies to their curriculum in return for the added funds.

The ceremonies in which grade-school children are given their first Bible have been moved from schools to synagogues, and the weekly Friday morning ritual (in kindergartens and elementary schools) of welcoming the Sabbath has become strikingly religious. Books in such subjects as reading comprehension, literature, geography and civics have been adapted to the clerical vision of the HaBayit HaYehudi chairman. For example, a reading/writing manual for third-graders tells of a Jew who lived in an Arab land and was persecuted by his neighbors. At some point the man had to decide whether to flee and violate the commandment of resting on the Sabbath, or to stay. He decided to stay home and keep the Sabbath. Other Jews, who decided otherwise and fled, were murdered. Even school instruction on road safety has been seasoned with Yiddishkeit: The first lesson is devoted to the Jewish Traveler’s Prayer and to discussion about its content and when to say it.

“Judaism belongs to each and every one,” Bennett insisted in his speech glorifying the study of Judaism. “No sector has a monopoly on it.” In this case, Bennett practiced the exact opposite of what he preached. The chairwoman of the left-wing Meretz Party, Zehava Gal-On, found that the Education Ministry is allocating 90% of the Jewish studies budget in state schools to Orthodox organizations. On the other hand, the ministry froze its support for (Jewish) pluralistic organizations. The budget allocation for democracy and coexistence studies totals about 10 million shekels ($2.6 million), compared with the 1.4 billion shekels ($368 million) mentioned previously for Jewish studies the Orthodox way.

Bennett posted to Facebook a videotaped conversation with his daughter, in which he discussed the chapter in Genesis (starting Genesis 12:1) where God commands Abraham to “go forth” from his home and head for the Land of Israel. Bennett said in the video that all of the Land of Israel (including the West Bank) belongs to the people of Israel because God had bequeathed it to Abraham, our forefather. The minister of education has the right to share his clerical views, as well as his interpretation of the Bible as a contemporary road map, with his children and even with his Facebook followers. He doesn’t have that right as the top educator of all Israeli children, Jews and Arabs alike, secular as well as religious, Orthodox and progressive alike.

In politics it’s only natural that whoever controls the purse strings decides how the money is spent. That is why every junior-high student in religious state schools gets 3,500 shekels ($920) annually more than his peer in a nonreligious state school, according to data revealed by Knesset member Gal-On.

Bennett looks out for his voters. But, as with his drive to expand settlements, Bennett’s desire for conquest knows no bounds. He takes advantage of the fact that the secular state schools, which were for many years the dominant sector in Israel’s education system (compared with the smaller group of religious state schools), are now defenseless. Yair Lapid, the head of the Yesh Atid Party and a former journalist who entered politics riding a protest wave against religious coercion, poses these days for photos by the Western Wall, draped in a prayer shawl. The center-left Zionist Camp is busy with internal Jewish squabbles, and its leader Isaac Herzog never misses a chance to be seen wearing a traditional skullcap, nor does he miss an opportunity to mention that his grandfather was a chief rabbi.

The leadership of the right-wing Likud Party has been dragged along on Bennett’s march of folly over the refusal to allow the court-ordered evacuation of the illegal West Bank settlement of Amona. They have failed to notice that the education minister is cooking up a new batch of constituents under their very nose. The Ministry of Education is his last stop before the prime minister’s residence on Jerusalem’s Balfour Street. It’s a shame that the PISA tests and entrance exams for science faculties don’t include questions about the Talmud and Sabbath laws. If no one stops Bennett’s obsessive gallop from the schools to the yeshivas, Israel will be a world leader in Bible studies, but its Nobel Prizes will be a thing of the past.