Since the failed July 15 coup attempt, some 1,500 nongovernmental organizations have been banned. 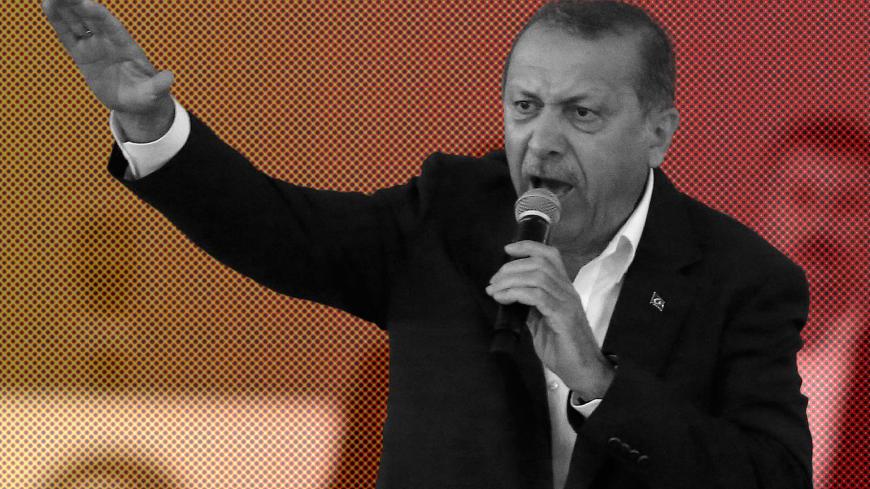 Turkish President Recep Tayyip Erdogan speaks during the Democracy and Martyrs Rally, organized by him and supported by the ruling Justice and Development Party, and the opposition Republican People's Party and Nationalist Action Party, to protest against last month's failed military coup attempt, in Istanbul, Aug. 7, 2016. - REUTERS/Osman Orsal

The number of nongovernmental organizations whose activities have been banned by the state of emergency rule is steadily increasing. The latest was the announcement that 370 more NGOs have been shut down, bringing the total number of NGOs banned since July 15 to 1,495. Of that number, 1,125 were banned with a decree issued July 23.

According to the latest data from the Department of NGOs in the Ministry of Interior, there are 109,898 registered NGOs in the country. Of that number, 33,666 professional and solidarity associations lead the way. Next in line are 21,039 NGOs involved with sports. Also, 18,063 associations are active in religious affairs, and about 18,000 in total deal with humanitarian assistance, education, culture and arts. Only 327 are concerned with the elderly and children.

Some 85% of Turks are not members of any NGO, which is a sure sign of how Turks are becoming a society wary of getting organized. This reluctance dates back to the era of military coups. After each coup, the first targets were civil society associations and labor unions. One doesn’t have to be a seer to predict that after the July 15 coup attempt it will be even harder to strengthen civil society and bring people together in a search for solutions to their common problems. The government believes that the Gulenist movement owes its popularity and power to the schools, associations and foundations it operated; therefore, all are suspect. It won’t be a surprise if some NGOs are unfairly treated in the process of going after those working for the Gulen movement.

The Ministry of Interior claimed that the latest 370 NGOs to be shut down are linked to the Gulenists, the Kurdistan Workers Party (PKK), the leftist Revolutionary People's Liberation Party-Front (DHKP-C) and the Islamic State (IS). In 39 provinces, 153 of them are charged with Gulenist connections, while 190 are accused of having links to the PKK and its affiliates. The DHKP-C saw 19 of its NGOs shut down, while IS was at the bottom of the list with a closure of eight NGOs.

Some NGOs focusing on legal affairs took to the streets to protest the decision. Members of the Progressive Lawyers Association protested in Istanbul streets and declared they won’t obey the decree and will continue to fight in the streets and in courts. There were clashes with police in the Izmir and Antalya branches of this NGO, and some lawyers were detained.

Senal Sarihan, an opposition Republican People's Party (CHP) deputy who served eight years as the president of this association, spoke to Al-Monitor about the banning of NGOs, saying, “They are simply closing the NGOs without a court ruling and firm legal basis. This is incompatible with our legal system as well as with international legality.” She continued, “State of emergency has become a stick against the opposition segments. There are practices that defy our constitutionally recognized rights of assembly, demonstration and organization. Our association was closed also in the 1980 coup, but we re-established it. Now we are banned again. Sadly, in Turkey, associations have become places grouping people born in the same cities or who come together to build mosques. This is not a sign of democracy. Women's associations [and] teachers' associations are rapidly disappearing.”

Metin Feyzioglu, the president of the Union of Turkish Bar Associations, reacted with a social media message that said, “Closing of NGOs without a judicial ruling and banning their activities cannot be deemed democratic.” Many found Feyzioglu's message to be meek and naive, however, and asked him if that was the only action he planned to take.

When associations dealing with women's and children's rights were also closed down, more than 50 women's NGOs issued a joint declaration. The group, which includes the Association for Support of Women Candidates (KA-DER), Istanbul LGBTI and Flying Broom, said their locations may be closed down, but their members are all over the country. “Obstructing anti-democratic practices that cannot be justified with democracy, law, legality and freedoms, civilian initiatives, preventing women from organizing for their freedoms and equality cannot be legitimized by hiding behind the state of emergency. The women will be everywhere,” the declaration said.

Campus Witches declared its solidarity with the closed NGOs and said it will be in the streets on Nov. 25 to defy those trying to rule their lives with emergency decrees.

But there are also some who favor banning NGOs with emergency decrees. For example, Sadik Genc, the chairman of the Kayseri Haci Bektas Veli Association, said 13 Alevi associations that were closed down four months ago were actually NGOs set up by the Gulenist movement.

Nobody knows when the state of emergency will be lifted. And 370 NGOs were told that their doors will be closed for three months, but if the emergency rule is extended, this period could be prolonged. CHP parliamentarian Sarihan doubts if these NGOs will be allowed to resume their activities. “Three months sounds like a temporary closure, but that is the way they do it all the time and make it permanent later on,” she said. 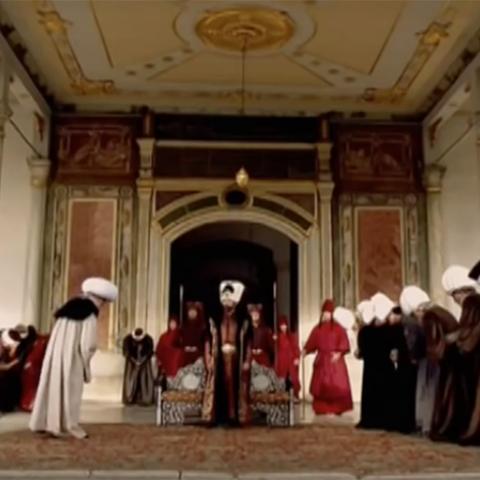