A rare exhibition is bringing together Iranian and Arab modern art at the Tehran Museum of Contemporary Art, presenting a unique opportunity for cultural diplomacy. 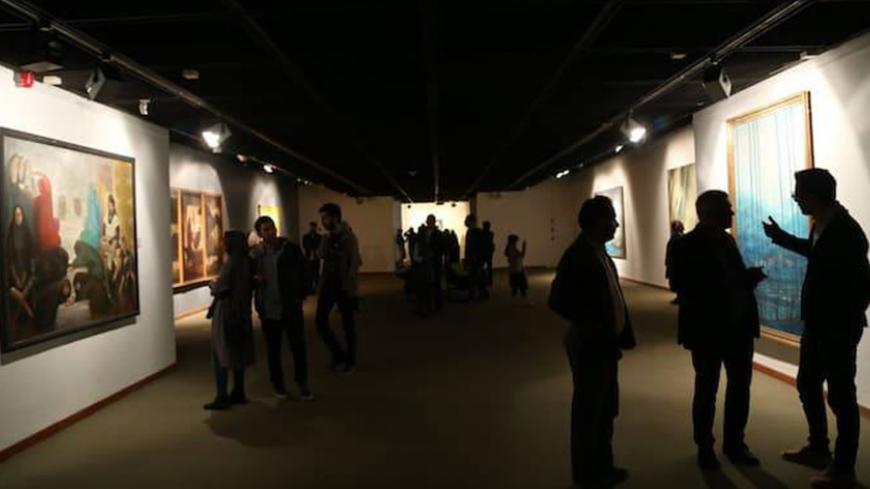 Visitors look at the work featured in the Tehran Museum of Contemporary Art's exhibition "The Sea Suspended," Tehran, Nov. 12, 2016. - Facebook/@ToosFoundation

The Tehran Museum of Contemporary Art (TMoCA) is showcasing a collection of works by Iranian and Arab modern artists in an exhibition titled “The Sea Suspended.” The exhibition, curated by the United Arab Emirates-based Barjeel Art Foundation, opened Nov. 8 and will continue through Dec. 23. The show spans 50 years of works from the 1940s to the 1990s and features artists from around the Arab world, including Egypt, Iraq, North Africa, the Levant and the Arabian Peninsula. The exhibit's title — “The Sea Suspended” — is from a poem by Palestinian poet Mahmoud Darwish. This is the first time that an exhibition of Arab art from the modern period has been showcased in Iran.

The TMoCA says the aim of the exhibition is to “provide an opportunity for scholars and students for comparative study of Iranian and Arab modern art.” In an interview with Al-Monitor, TMoCA head Majid Mola Norouzi described the initiative as a “dialogue” between Iranian and Arab art, a point he thinks can also be important in terms of cultural diplomacy. Norouzi told Al-Monitor, “In the present atmosphere, the Islamic world’s cultural image has been tarnished due to movements such as [the Islamic State]. At the same time, there are also nationalistic tensions in the Middle East that have darkened the human and cultural atmosphere between countries.” He added, “I think art and artists can be a pioneer in improving human relations — especially paintings, which use a global language to create this understanding.”

While Arab poetry may be a little known in Iran, there is practically no exposure to nor understanding of Arab visual arts. “The Sea Suspended” is thus considered a first attempt to introduce visual Arab artists to Iranians.

Norouzi told Al-Monitor that introducing the various art movements in the Middle East is among the museum’s goals in line with its policy of showcasing global art movements. “So far, we have held many exhibitions by Western artists. However, we have unfortunately not had exhibitions about the art movements in the Middle East. Some of these movements may have common roots, but they have never been viewed together at the same time. Many Iranian artists and art history experts are not even familiar with Arab visual arts. One of our goals is to provide the atmosphere needed in order to acquaint Iranian artists and art critics with modern Arab art.”

Amir Rad, who directs the museum’s new media center, told Al-Monitor he also believes that holding art exhibitions in the region is an important way to introduce pioneering Arab modern artists to Iran. “Prior to this, some exhibitions were held on certain occasions, such as the ‘Resistance Exhibition,’ which showed Arab artworks within the context of resistance. However, we in Iran are not familiar with the pioneering Arab modernist artists and have not seen their works. … We are not familiar with an important part of the Arab art movement.”

Nonetheless, Rad sees modern art as a vast field and feels one cannot put the entire Arab world into a single category. “Lining up Arab countries in a way that represents them as having a shared view of modernism is not correct," he said. "This exhibition is not only about how Iranian and Arab artists look at the issue of modernism. It also looks at the different views that Arab artists from various Arab countries have about this matter.”

Rad believes that “The Sea Suspended” explores an important period in the history of Iranian and Arab art, when the modernist movement emerged. “Of course, it would have been nice if a collection of modern Western art were also displayed at the exhibition to provide a review of the original modernist works and evaluate the achievements it has brought for us without [consideration] of the pieces' origin,” he said.

The exhibition's Arab pieces have been sourced from the Barjeel Art Foundation, which, according to curator Karim Sultan, was established in 2010 in an effort to introduce the depths of Arab art to the UAE and the rest of the world while highlighting common experiences and promoting cultural and artistic dialogue.

Sultan described the event as an opportunity for dialogue through which participants will learn the story of the entire Arab world. In this vein, he also relayed that the main challenge in holding such an exhibition was selecting artwork representative of the whole region.

The works by Iranian artists came from the treasure trove of TMoCA, which is also said to have the largest collection of Western modern art outside Europe and North America. An estimated 2,000 pieces of art are believed to be stored at the building. Permanent displays are not possible due to what has been described as a lack of space, as well as “cultural issues.” However, this past summer, a list of the artwork housed in TMoCA’s vault, along with detailed information about each work, was uploaded to the museum’s website, making it all accessible to the public for the first time in almost 40 years.

At least 20 escape Syria prison holding IS inmates after quake 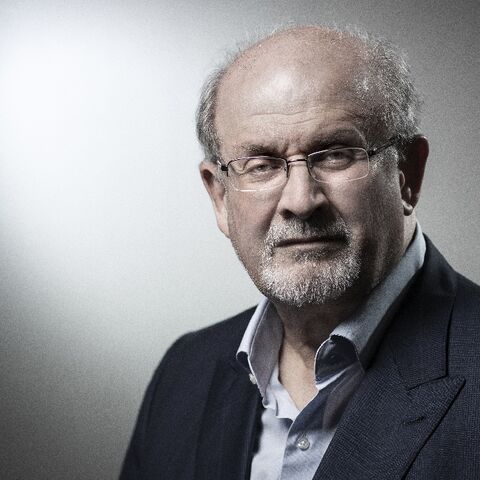 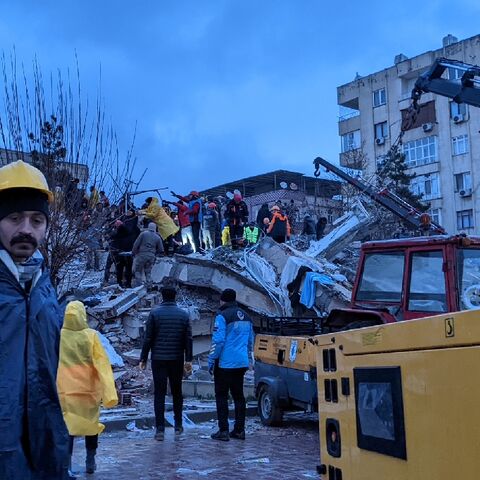