Why Israel is pouring cash into this settlement university

Israel's academics are outraged that Ariel College-turned-University is receiving more funding than any other university in Israel, most of which are far more reputable institutions. 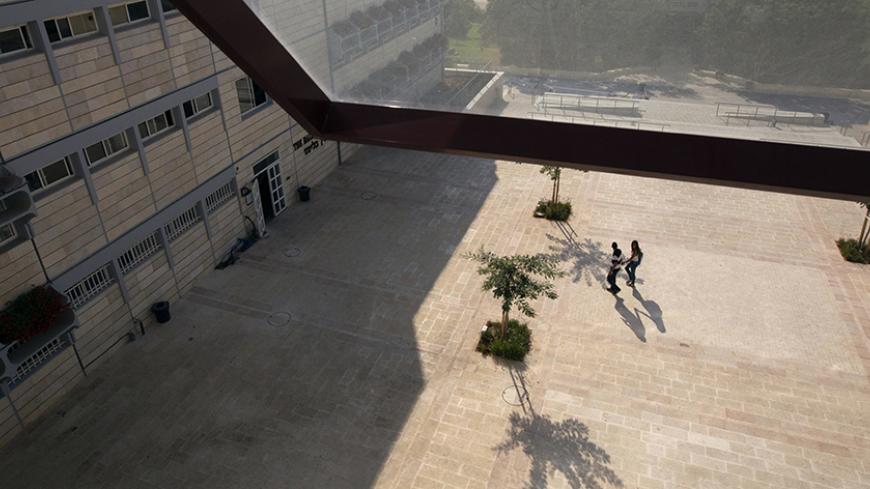 An investigative report published Oct. 30 by the financial daily Calcalist in cooperation with The Public Knowledge Workshop reveals that Ariel University in the Samaria district is the beneficiary of massive state funding. In fact, it’s the best funded university in Israel, while other academic institutions are crippled by enormous deficits.

Ariel University, formerly Ariel College, was accorded university status only four years ago under political pressure from the right. If it continues with its current growth rate and preferential funding, it could become Israel's biggest and richest university. Indeed, after the school was officially declared a university, a five-year plan was presented calling for massive development, including construction of a giant campus and student center with housing for 7,000 students.

Ariel University was founded in the Jewish West Bank settlement of Kedumim as a regional public college in 1983. In 1991, it moved to the settlement town of Ariel and offered academic studies under the aegis of the recognized university of Bar-Ilan. Former Education Minister Gideon Sa’ar was one of the main proponents of the push to turn it into a university. But Israel’s Council for Higher Education opposed the move, citing a lack of legal authority to fund and supervise institutions located outside the 1967 borders, known as the Green Line. The government then instructed Maj. Gen. Gadi Shamni, the commander of the central front that includes the West Bank, to appoint six people to serve on what was dubbed the “Council for Higher Education of Judea and Samaria.” This entity went on to recognize Ariel College as a full-fledged university, and Sa’ar then urged the heads of other Israeli institutions who opposed the move to “go embrace your little sister.”

But the heads of the other universities not only did not rush to embrace their new sibling, they argued that what was once a mediocre and unimportant college, in their view, is now eating away at more and more budget allocations in various devious ways, just as the settlements have been doing for years.

The 2016 budget of the Council for Higher Education, which details the allocations to all institutions of higher learning, makes no mention of Ariel University's budget since the school is not under the council’s purview. But this does not mean the university is being deprived.

The Calcalist investigation indicates that the funding is funneled to Ariel through contracts with the state, obtained by preferential treatment in bids for contracts to provide various services or skipping the bidding process altogether.

“Ariel has been getting lots of money over many years for political reasons,” the head of one of the universities told Al-Monitor on condition of anonymity. “We are boiling mad at the things going on there. We struggle daily with immense difficulties to keep some of the world’s most reputable and best-known academic institutions afloat. And then the state goes and establishes a special council for higher education, especially for a university that has never received any recognition in the field of research. The data about the funds being funneled to Ariel was never complete and was always hidden between other line items. They get budgeted teaching positions, bus services, scholarships, buildings and dorms. They have established an empire. We feel that any criticism we make is turned against us. There’s nothing that can be done. They control the state.”

Ze’ev Tzahor, one of the founders of Sapir College in the southern town of Sderot, wonders why Ariel should even be considered a university. “Colleges have a role in conveying knowledge,” he explained to Al-Monitor, “whereas the main task of a university is to create knowledge. These are two totally different roles.”

Tzahor recalled that even before its recognition as a university, a political figure identified with the right offered to declare Sapir College as a university, too, in a combined move. “I said no right away,” he said, “because a college is something else. The head of my board of governors, Shai Hermesh, was even angry at me because a university means more money.”

Yuli Tamir, formerly minister of education and currently the president of Shenkar College of Engineering, Design and Art Design, said in an interview with Al-Monitor, “This is what political budgeting looks like. Quality is second to the goal.” She said one can compare the development of the university with the marketing of housing in the settlements by offering Israelis an inexpensive, comfortable and improved lifestyle. Tamir claimed students at Ariel University are offered more housing, for example, compared to other universities, generous scholarships and donations — and these, in turn, contribute to the university thriving and luring young students. “This brings the students to live in the territories and, of course, strengthens the settlements,” she added.

When I told Tzahor that some of his colleagues in academia had refused to be named in commenting about the Ariel report, he answered, “True. One expects people in higher education to be more courageous and firm, but sadly, politicians from the right have stormed the budgets and we have given up.”