The Legacy of the Ariel Settlement

The storm over recognition of the West Bank college of Ariel as a university put a dent in the life work of Ron Nachman, the legendary mayor of Ariel who sought to turn the secular settlement into an Israeli town. 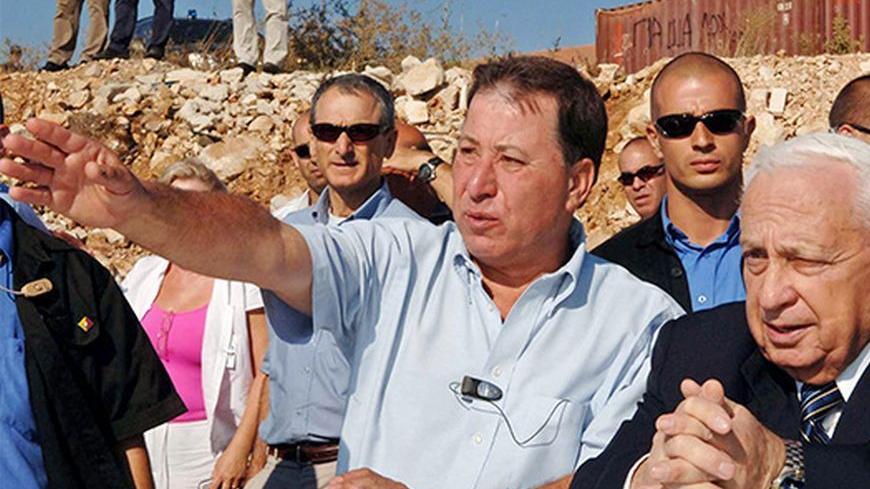 Back in 1978, when he climbed onto an empty rocky hill in the middle of Samaria, along with several friends, to establish a settlement on the site, the founder and lifelong mayor of Ariel, Ron Nachman, already knew that the settlement would survive only if it were portrayed to the public as a “normal” town in all respects. Just like the cities of Tel Aviv, Haifa or Raanana. Since that time he has worked tirelessly to gain a place for Ariel in the national consensus.

He was not deterred by the fact that Ariel was built in the very heart of the Occupied Territories. Whenever anyone described him as head of the settlement of Ariel, or the media dared combine the words “Ariel” and “settlement,” the hot-blooded mayor would rush to defend his protégée and rage against its detractors. Nachman was willing to go to any lengths to gain recognition for his town as a town like any other, rather than part of the settlement enterprise.

To advance his goal, he publicly disavowed any links between himself and the heads of other settlements. Whereas they wore skullcaps and the ritual fringes (tzitzit) dangled from their shirts, Nachman was bareheaded and conducted a totally secular lifestyle. When other settlements attracted young religious people to come live there, Nachman appealed to secular Israelis. Instead of establishing Jewish educational institutions such as yeshivas, cheders or kollels, he built schools and community centers and a swimming pool and a country club and a culture hall and sports centers and cafes.

And that’s not all. Nachman urged his Palestinian neighbors to cooperate in developing the region and invited them to work in Ariel, despite security concerns. The idea behind this move was a practical one: Ariel will survive a peace agreement with the Palestinians or a withdrawal from the territories, only if it is portrayed in the public eye as an Israeli town in every sense of the word.

His plan bore fruit to a large extent: over time, Ariel gained public recognition as a different, another kind of settlement, a multi-cultural place which must be defended and included within Israel in any negotiations with the Palestinians over permanent borders.

Ariel had an additional attribute that distinguished it from other settlements: It was the only settlement in the Israeli-held territories with an institution of higher learning. What started out as a small academic center more than a decade ago turned with time into a large college, and in January of this year the government decided to upgrade its status to a full-fledged university. More than 12,000 students from around the country study at that university, among them hundreds of Arab students who even live in its dormitories.

Yigal Cohen-Orgad, a former minister of finance (1983-1984) who conceived the establishment of the academic center, beams with pride: “That young Arabs came to us to enroll was the sign that they regard Ariel as an inseparable part of Israel,” he told me. “This is proof that they attribute more importance to academic success than to the location of the academy. In that sense, there’s no difference between the University of Ariel and any other university in Israel.”

Outside Israel, they are less indulgent. As far as they’re concerned, Ariel is a settlement even if it prides itself on having a university. International academic institutions have threatened to boycott any academic institution that cooperates with the college of Ariel once it is granted recognition as a university. The US administration was even more callous in its response. During the visit of President Barack Obama to Israel in March of this year, students from Ariel were the only ones banned from bidding on seats for the president’s speech to Israeli students. The organizers were told in no uncertain terms that these students are studying in what is considered by the United States as occupied territory.

More than 20,000 people live in Ariel, two-thirds of them immigrants from the former Soviet Union. Polls conducted in the past indicate that most came to live there for economic considerations, not necessarily ideological ones. In this respect, too, Ariel managed to distinguish itself from other settlements. Whereas other settlements in the Israeli-held territories sought to draw residents based on the claim of historic links to the land, Ariel offered affordable housing and marketed itself as a suburb located just a 20-minute drive from Tel Aviv.

“This was the only way to bring people here,” Nachman told me during a tour of his town several months before his death. Two years earlier he had been diagnosed with cancer and in January of this year he passed away, at the age of 70. He worried about the future of Ariel to his very last day. “As long as the public, and especially the media, relate to Ariel like a settlement, I am very worried,” he said. “Look at me. Do I look like a settler? Do the residents of Ariel look like settlers? Does Ariel look like a settlement? So why attack such a beautiful, gloriously modern town?”

This is, perhaps, the reason that Nachman refrained from naming a successor who would carry on his life’s work. Knowing full well that his end was near, he nonetheless considered running once again in the coming elections to stand at the head of the town that had become so much a part of him. Even after a 30-year term, Nachman felt his destiny had not yet been fulfilled.

For the first time since 1978, in the coming municipal elections on Oct. 22, Nachman’s overpowering shadow will be absent. The residents are confused. They have never known any other mayor since settling in Ariel. The two leading contenders over Nachman’s legacy have adopted the same “consensual” line drawn by Nachman, according to which Ariel is an Israeli town and not a Jewish settlement in the territories. Throughout the stormy election campaign, both have distanced themselves from any statements that could be construed in the context of the settlement enterprise.

“There’s consensus over Ariel,” says one of the candidates, Eli Shviro.

“Ariel was founded with government approval,” states Hanna Golan, another contender. “We all aspire to be connected to the center of Israel so that Ariel and Tel Aviv will be one and the same.”

The two have adopted Nachman’s legacy regarding the Palestinians, as well, and they intend to expand the cooperation with them. Nachman sought to cooperate with the left side of the Israeli political map, as well. “If you get along with your enemies, there’s no reason you can’t get along with left-wing Israelis,” he used to say. It appears that those seeking to replace him agree with this view of his, as well.