Iranian navy 'enters Atlantic for first time' — or did it?

Iranian officials say the country's navy has entered the Atlantic Ocean for the first time. 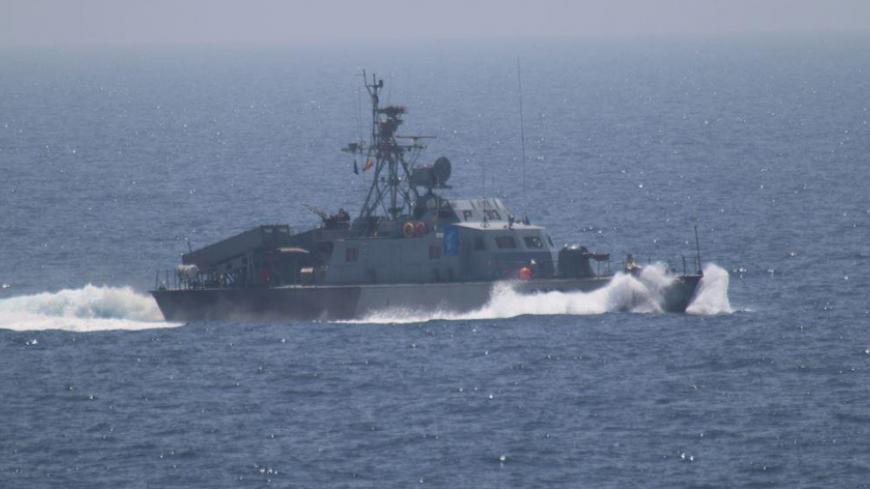 One of the five military vessels from Iran's Islamic Revolutionary Guard Corps that approached a US warship hosting one of America's top generals on a daytrip through the Strait of Hormuz, July 11, 2016. - U.S. Navy/Handout

On Nov. 22, Jame-Jam daily published a photo on its front page of an Iranian warship along with the headline “Iranian destroyers enter Atlantic Ocean for first time.” Iranian Navy Commander Rear Adm. Habibollah Sayyari announced the news, detailing that the 44th fleet of the Iranian navy is now docked at the Port of Durban in South Africa. However, Durban is located on the Indian Ocean coast, some 1,500 kilometers (932 miles) from the Atlantic Ocean.

Tasnim news agency also covered the news and published a video of the flotilla on the sea. According to Tasnim, the Iranian navy’s 44th fleet consists of the Alvand destroyer and the Bushehr logistic vessel.

Since Oct. 5, the 44th fleet of the Iranian navy has taken on a new duty to circle the African continent and reach the Atlantic Ocean. The flotilla first crossed the Gulf of Aden and on Oct. 29 docked for three days at the Tanzanian port city of Dar es Salaam on the Indian Ocean coast.

According to Sayyari, the fleet’s mission is to safeguard maritime routes used by Iranian vessels and oil tankers against pirates. “The Iranian navy has escorted 3,844 oil tankers and vessels in the Gulf of Aden to safeguard the country’s economy,” he stressed.

It is not the first time that Iran has sought to expand its presence on the seas to include the Atlantic Ocean. On Jan. 21, 2014, Sayyari announced that the Iranian Kharg helicopter carrier and the Sabalan destroyer were headed to the Atlantic Ocean. However, he did not specify the flotilla’s final destination, saying, “I’m not going to name any specific country [for the flotilla’s destination], but two-thirds of Earth is covered by water and 70% of that body of water is defined as international waters. That means every country has the right to be there.” That mission was apparently called off in April 2014.

Meanwhile, on Sep. 26, another Iranian flotilla docked at the Pakistani port of Karachi and participated in a joint drill with the Pakistani navy. The flotilla was comprised of the Konarak logistical vessel, Lavan helicopter carrier, and Khanjar and Falakhen missile cutters.

Iran says that its presence in international waters is in line with international efforts against piracy. Senior Iranian navy officials have also stated on various occasions that “Iranian fleets carry a message of peace and friendship to other countries.”

In separate news related to the Iranian military, Army Commander Maj. Gen. Ataollah Salehi on Nov. 21 said that soon “the story of [the Islamic State] will be finished,” accusing the United States of supporting militant extremists in the Middle East.

“Today, the United States is like a wolf, and we should not have interest in a wolf,” said Salehi. “One should not surrender in response to a wolf that just wants to tear up [its victim] and eat.”

Salehi also argued that Iran’s efforts to counter its adversaries are not only dependent on force but also strategic depth. “We might not have the same military power [compared to our enemies], but we have showed them our strategic power and strategic depth,” Salehi added.