The joint exercises between the Iranian and Chinese navies signals a step toward closer ties, as well as a possible future challenge to American naval dominance in the Persian Gulf. 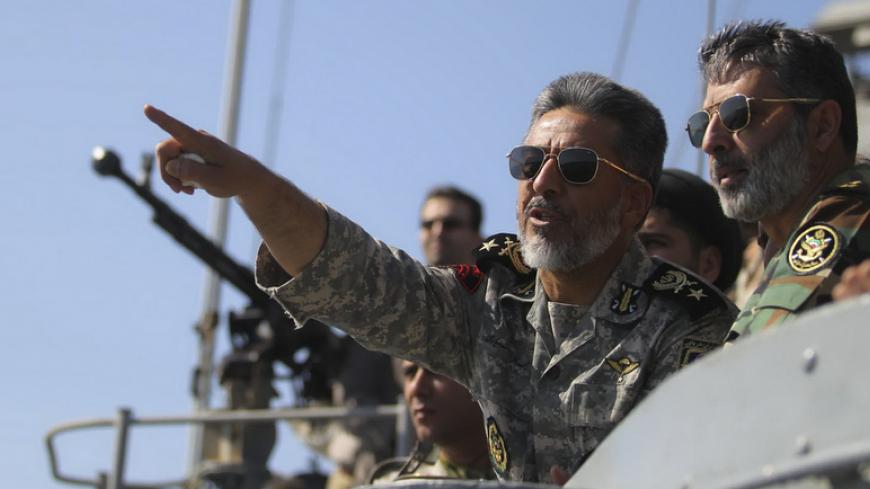 Iran's navy commander Habibollah Sayyari (C) points while standing on a naval ship during Velayat-90 war game on Sea of Oman near the Strait of Hormuz in southern Iran, Jan. 1, 2012. - REUTERS/Fars News/Hamed Jafarnejad 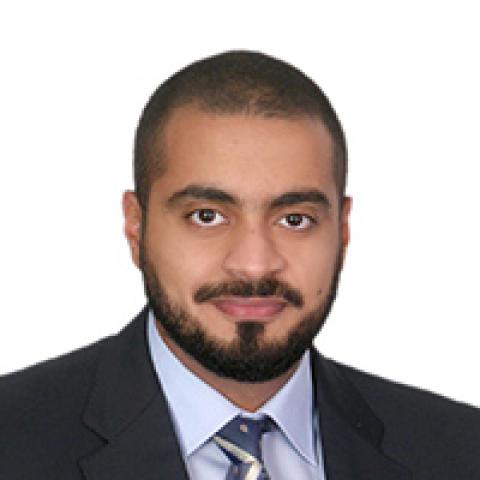 As global media keep their focus on the Islamic State (IS) and the US airstrikes in Syria and Iraq, other notable, potentially headline-making events are being missed.

On Sept. 20, China dispatched ships to the Persian Gulf for a joint exercise with the Iranian navy — the first time that Chinese warships have ever sailed in the Gulf. The Chinese missile destroyer Changchun and missile frigate Changzhou of the 17th Naval Fleet took part in a five-day joint training drill, the aim of which was "establishing peace, stability, tranquility and multilateral and mutual cooperation," according to Adm. Amir Hossein Azad, commander of Iran's First Naval Zone.

In understanding the move by China and Iran, one must keep three things in mind. First, it is the first time China, a US rival that does not border the Gulf, has ever sailed warships in the Gulf. Second, these exercises signal a boost in Iran's position in the Gulf and the region. Third, the move cannot be viewed outside China's response to the US foreign policy concept of "Pivot to Asia," which signaled a US plan to shift focus and resources to Asia in response to China's growing power and influence — a move that China saw as an attempt to contain it.

The Gulf is a globally important strategic location — an area that the United States is willing to spend "blood and iron" to keep under its influence or, practically, its control. For the Gulf to be approached by China, it would — or should — make the United States take notice.

In the past, Iran has threatened to close the Strait of Hormuz if it were to come under attack by the United States or Israel for its nuclear program. If Iran were to act on that threat, oil prices would skyrocket. Iran has also expressed discomfort at foreign navy ships sailing in the Gulf.

On April 6, 2012, Iran's navy saved a Chinese cargo ship from Somali pirates. It has also prevented other pirate attacks on various occasions. It seems there is no need for an external presence in the Gulf since Iran is competent and not in need of China to protect its ships in the Gulf, though Iran would likely welcome the move since China is a close ally. Iran, however, finds it inexcusable that hostile ships from other countries roam the Gulf under the pretext of carrying out anti-piracy or anti-terrorism operations.

In a 2012 interview following the Somali pirate incident, Adm. Habibollah Sayyari, commander of Iran's navy, said in an interview: "With coordination and cooperation, we can easily provide security in the region because we have mutual interests, and only those with mutual and legitimate interests can truly cooperate. So, two or more countries can easily handle this. That’s why we stress there is no need for the presence of foreign troops."

Having the support of the Chinese navy puts Iran in a stronger position in the Gulf, even if just symbolically, as the US Navy presence in the Gulf by far outmatches its rivals. The United States, however, might reconsider making moves that would potentially anger China, as the two countries possess plenty of mutual interests.

The governments of China and Iran plan for trade between the two countries to reach $200 billion in 10 years. Furthermore, Iran is the third-largest supplier of oil to China, providing for 12% of China's annual consumption. Therefore, China would want to protect its interests in Iran, as the United States is doing the same in the Gulf. The recent joint navy drills are a push in this regard.

In mid-September, Chinese President Xi Jinping visited Sri Lanka and the Maldives. The themes of the visits were similar, as China was assisting both countries in economic development, which would in turn provide economic opportunities for China. More important, the countries are part of China's 21st Century Maritime Silk Road initiative. Xi promised to cooperate with the Maldives and Sri Lanka on "peace, stability and prosperity," as well as "port construction and operation, maritime economy and security, and the construction of a maritime transportation center in the Indian Ocean." These initiatives bring China closer to the Middle East and within better reach of Iran, and show that the recent navy drills are part of a greater Chinese foreign policy.

China is obviously trying to counterbalance the US "Pivot to Asia" policy. China is already experiencing plenty of tensions in the South China Sea, with conflicts over islands and maritime issues with neighboring countries. The United States is exploiting such tensions and concerns among China's neighbors. For example, Gen. Martin Dempsey, chairman of the US Joint Chiefs of Staff, visited Vietnam in August, making him the highest-ranking US military officer to visit Vietnam since 1971.

Dempsey's recent visit comes only a few months after tensions increased between Vietnam and China, as Chinese vessels and Vietnamese navy ships collided in the South China Sea. The Chinese vessels were setting up an oil rig in an area claimed by both countries. In his visit, Dempsey spoke about the possibility of lifting the ban on sales of lethal weapons to Vietnam that has been in place since the Vietnam War. He also mentioned in his visit maritime common security interests, referring to the common rival of China.

With the recent exercises, China aims to break free from the containment and strengthen its alliances and capabilities in the Middle East. Perhaps China also has future plans for a permanent presence in the Gulf, or near it, as the United States has done in the South China Sea. The aims of the drills are similar for Iran, as it wants to strengthen its regional position. Yet, China and Iran cannot compete with the more powerful US Navy. Still, China's ambitions don’t seem short-sighted; it is clearly planning ahead to better secure its trading routes between Southeast Asia and the Middle East.

The Chinese navy's visit to the city of Bandar Abbas is unlikely to be the last. It is a reflection of good relations between China and Iran, and the Maritime Silk Road initiative. Should China in the future strengthen its presence in the Gulf and its Maritime Silk Road, the Chinese warships that docked at Bandar Abbas will always be remembered as a turning point.