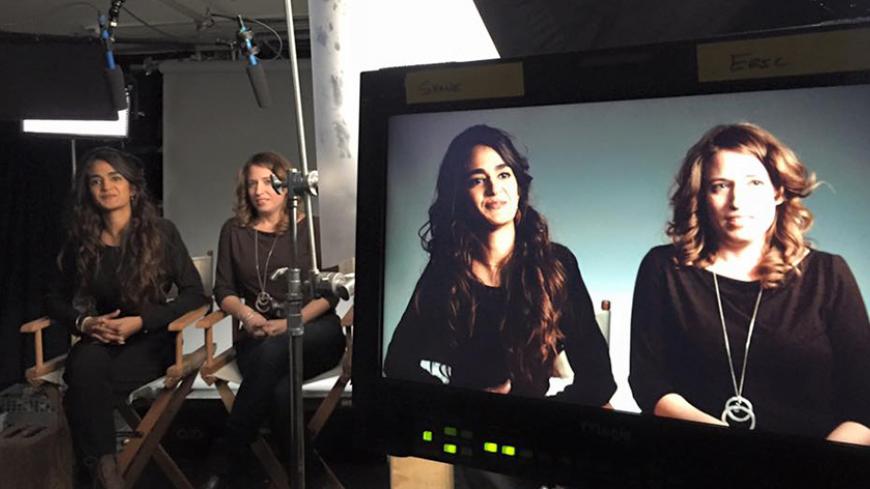 The rift between the Jewish and Arab communities in Israel has deepened recently, with Prime Minister Benjamin Netanyahu warning his constituents on the last day of the elections in March 2015 that Arabs were "voting in droves," thus making more than a million Arabs feel like second-class citizens. But despite this deepening rift, three films have taken the Israeli film world by storm, providing a fascinating glimpse into Arab society in the Jewish state.

The first film to win big was “Sand Storm” by Elite Zexer that won six Ophir Awards (Israel’s equivalent to the Oscars), including one for best film. Then came “Personal Affairs” by director Maha Haj that took the top prize at the 2016 Haifa Film Festival, followed by "In Between" from director Maysaloun Hamoud, which has also received various prizes, including best debut feature film at the Haifa Film Festival. These three films deal with the cultural, social, religious and traditional world of the Arab community in Israel, as well as with the identity crisis and intergenerational changes it is undergoing. This wave of Arab cinema is particularly fascinating given the fact that its creators are women — directors and actresses — and their scripts deal with the lives of Arab women in Israel’s Arab and Jewish communities. In many respects, the wave of films by Arab creators shatters stereotypes not only through the narratives it tells but also through its Arab directors and actresses who hail from traditional homes and a traditional society, displaying courage in making liberated, free-spirited, promiscuous films.

One of Israel’s top film critics, Gidi Orsher, told Al-Monitor that these films are a reaction to changes sweeping Arab society, whose residents are experiencing an identity crisis due to being a minority among a Jewish majority. Yet, he said that these films are also a reaction to Palestinian male cinema that has dealt in the past mostly with the Israeli occupation.

“The statement of the Arab female filmmakers now is to say, 'Yes, we have a position of our own on politico-diplomatic issues, but let’s see what’s happening to us as human beings too,'” Orsher said. He predicts that these films will have an impact on Israeli cinema in the future. “It can’t stop now, it will keep going. It’s reminiscent of the development of the Israeli film scene in its early days,” he added. “Until the 1960s, Israeli films were national, Zionist, but in the 1970s people started talking about the individual in society.”

Hamoud’s film “In Between” tells the story of three Arab women living in Tel Aviv. On the one hand, traditional Arab society supervises their comings and goings, and on the other, the liberated and permissive society of Tel Aviv regards them as second-class citizens. The main characters are played by three Palestinian actresses — Mouna Hawa, Sana Jammelieh and Shaden Kanboura. In explaining their decision to award the film a prize at the Haifa Film Festival, the jury described it as “a powerful creation about women fighting to shape their fate by coping with challenges, through friendship, courage, victory, and by breaking free of shackles, and the price they pay.”

“This generation are my age, people who grew up during the October 2000 events [Arab riots in Israel] and then through the Arab Spring,” Hamoud told Al-Monitor. “There’s no doubt that the influence of these events shaped a different awareness than the one that shaped previous generations. From the grandfather who lowered his eyes and stared at the ground, to the half-frightened, half-curious gaze of our parents, compared to my generation that looks reality in the eye. This is a new generation that is also very active. The elements that shaped that awareness are now coming to the fore.”

Hamoud’s story is indeed the tale of the third generation of Arab Israelis, born in Israel and living between Jewish society and a changing Arab one, with its unique cultural-moral-religious character. She was born in Hungary to a family from the Galilee Arab village of Deir Hanna. Her father studied medicine there. She grew up in the southern city of Beersheba, where her father specialized in surgery at the Soroka Medical Center. Hamoud then went on to study political science and Middle Eastern Studies at the Hebrew University in Jerusalem, and worked as a teacher until she experienced a traumatic event.

“I went to the hospital with an intestinal inflammation and underwent surgery that ran into complications,” she said. “I was clinically dead and woke up two days later. The surgeon who stood in front of me when I woke up said something I will never forget: 'Remember, one doesn’t simply come back from the dead to this world. There’s someone who loves you, but do something with this, because things like this don’t just happen.'"

When she got out of the hospital she applied to study at the Sam Spiegel Film and Television School in Jerusalem, and this week was awarded the prize for best debut feature for her first film.

“Cinema reflects reality more than anything else, and in the best way,” Orsher said. “One can examine trends and fashions according to films made during various periods. When one sees Arab films bursting onto the screen one can learn a lot about the process that Arab society in Israel is undergoing. This is courageous cinema that also reflects the courage of the actresses playing these roles.”

Hamoud agrees with Orsher and said that it is very hard for Palestinian society to differentiate between a role and an actor. She described the casting for her film as an arduous journey — “a film within a film.” She said that finding actresses to play lesbians or for the role of Muna — who does whatever she feels like and doesn’t give a damn — “was not easy at all.”

One has to wonder, of course, whether these films will succeed in bringing Jews and Arabs closer. Hamoud believes that one film or even several will not create a sea change on their own, “but this perhaps moves Israeli cinema a few steps forward toward getting to know the Arab society in Israel, which it usually sees according to stereotypes that fit the Jewish narrative.”