Fatah refuses to work with the Gaza courts to resolve the disqualification of some of its electoral lists by the Central Election Commission as officials struggle to find answers in legal texts. 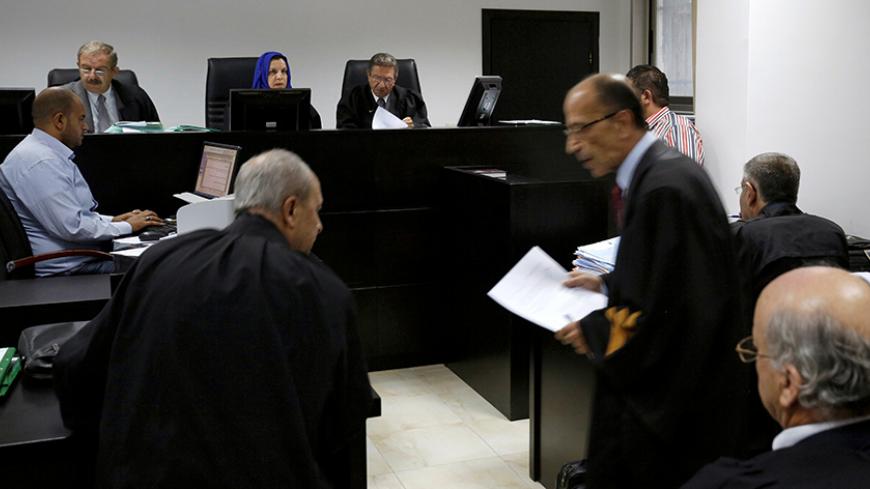 GAZA CITY, Gaza Strip — The stages of the local council elections in the Palestinian territories that started July 27 have highlighted a deep-rooted Palestinian internal division at various levels. The division was felt even more sharply when the electoral campaigns started, when slander and insults were exchanged between Fatah and Hamas supporters.

Fatah refused to recognize the legitimacy of the Gaza courts following the disqualification of some of its electoral lists by the courts and the Central Elections Commission, allegedly for not meeting the electoral requirements or violating the law.

The lists that were disqualified are mostly Fatah’s, in addition to one independent list. On Sept. 4, the elections commission disqualified five Fatah lists in the West Bank and Gaza Strip after objections were filed against them.

The commission dismissed 154 objections raised against other electoral lists supported by Hamas and by independents in Gaza and the West Bank. The lists in question then had to file challenges before the courts in the West Bank and Gaza in accordance with the Palestinian electoral law. Five additional Fatah lists were disqualified on Sept. 8, while one list was readmitted to the electoral game in the West Bank.

Article 22 of the Palestinian Local Council Elections Law No. 10 of 2005 states, “Any person may within three days as of the date of publication of the electoral lists file a written objection to the elections commission, stating the reasons for his objection.”

Article 24 states that the court shall issue its decisions on the challenges submitted to it within three days, and its decisions shall be final.

The Charter of Honor signed by all Palestinian factions ratified these legal provisions. Articles 21 and 22 stress the need to abide by peaceful and legal methods with respect to objections and challenges and their outcomes at all stages of the electoral process, as well as the need to cooperate with the authorities with respect to investigations into these objections, challenges and complaints and to respect the Palestinian courts' decisions regarding the electoral process.

But Fatah refused to resort to the appropriate courts in Gaza to challenge the judicial rulings disqualifying its electoral lists. Amin Maqboul, the secretary-general of Fatah's Revolutionary Council, told Al-Monitor that the judicial system in the Gaza Strip lacks legitimacy and violates Articles 16 and 18 of the Palestinian Judiciary Law No. 15 of 2005, according to which judges shall be appointed and promoted by the president of the Palestinian Authority. He explained that such is not the case in Gaza, where Hamas has been appointing judges since the 2007 split.

Maqboul accused Hamas of seeking to disqualify Fatah’s electoral lists through the elections commission and the Gaza courts to foil the electoral process. He noted that Fatah had called on Hamas to withdraw its objections against its lists in return for Fatah renouncing its own objections against Hamas’ lists, but the deal was refused.

He pointed out that on on Sept. 8, the Supreme Court in Ramallah ordered the temporary halt of the local council elections pending examination of the complaint by the Palestinian Bar Association filed over Gaza's judicial illegitimacy and the exclusion of East Jerusalem.

Hisham Kahil, executive director of the elections commission, also told Al-Monitor, “Written agreements were reached with all parties to observe the Palestinian courts' decisions regarding the electoral process. The factions also agreed that the government institutions in Gaza shall oversee the electoral process.”

He added, “Based on the agreements with the factions, the electoral commission is bound by the decisions issued by the Gaza Strip courts on the challenges against some of the electoral lists," noting that Article 11 of Law No. 10 of 2005 guarantees every citizen’s right to challenge the electoral lists after their publication.

Salah Abdel Ati, the director of the Palestinian Center for Policy Research and Strategic Studies (Masarat), told Al-Monitor that holding elections will not be easy in light of the internal division and the severe crisis of confidence between Fatah and Hamas. He said, “After the factions’ approval of Law No. 10 of 2005 and the signature of the Charter of Honor regarding the electoral process, and in the light of the clarifications and guarantees provided by the elections commission to both Fatah and Hamas, any renouncement of these guarantees will certainly foil the electoral process.”

Abdel Ati added, “All parties agreed that these courts shall be the authority to handle challenges regarding the electoral process. Unfortunately, the courts in Gaza, where judges are close to Hamas, and the courts in the West Bank, where the judges are close to Fatah, exploited their powers and issued rulings disqualifying the lists of their respective opponents. This halted the electoral process.”

He pointed out that the main problem is more legal than political. “The part about objections and challenges against individual candidates and lists in the Local Council Elections Law is not clear. Article 14 of this law specifies that nomination shall take place within electoral lists on the basis of proportional representation and that the candidates list shall be considered closed. This is what led us to this muddle,” he said.

Political analyst Samir Hamattu expressed wonder as to why Fatah renounced the agreements according to which Gaza’s courts shall be the courts empowered to settle the electoral challenges, the Gaza police shall be responsible for security during the electoral process, and the teachers in Gaza's public schools shall oversee and monitor this process.

He told Al-Monitor, “It seems that Fatah was shocked by the large number of challenges filed before the courts against its lists by the lists supported by Hamas. This is why Fatah refused to comply with the law, argued that the courts in Gaza are illegitimate and resorted to the Supreme Court in Ramallah to challenge the legitimacy of Gaza’s institutions.”

Hamattu said he expects the freezing of the electoral process after the issuance of the final ruling of the Supreme Court in Ramallah confirming the illegitimacy of Gaza’s institutions. “This would bring us to square one in the relationship between Fatah and Hamas,” he said.

Palestinians are eagerly waiting for Sept. 21 when the Supreme Court will issue its final ruling, and many expect a permanent halt of the electoral process.