Published ratings tracking the number of Israeli Arab interviewees on Israeli TV has got the media's attention. 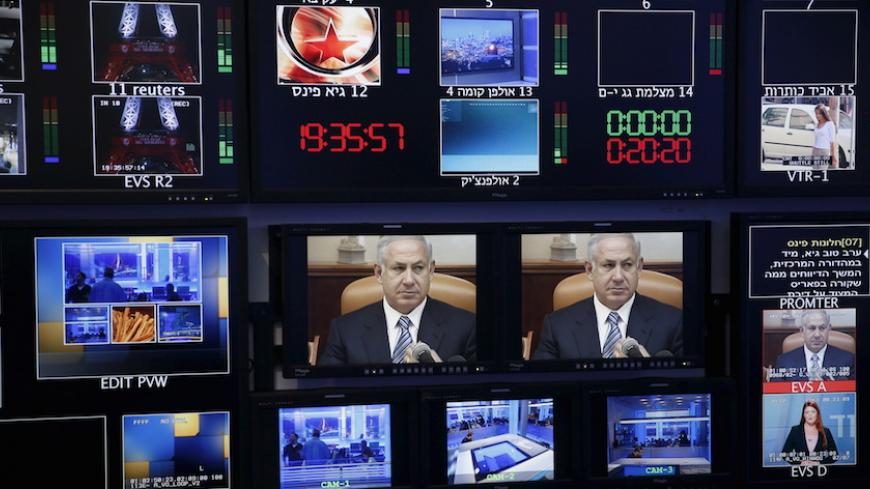 They routinely don't show up. They live far away and have a hard time getting to the studio. They don’t answer the phone. They refuse to speak Hebrew. They are reluctant to appear in the Jewish media. They also bring down ratings. These are the main excuses one would likely hear from Jewish television journalists as to why there are hardly any Arabs interviewed in the mainstream Hebrew media, although Arabs make up about 20% of Israel's total population.

Actually, it would be easy for an audience to conclude on its own that there is a noticeable absence of Arabs on Israeli television. The Index of Arab Representation in the Media, published by Sikkuy: The Association for the Advancement of Civic Equality, would confirm this impression.

“We conducted a preliminary investigation in January-February and discovered that Arab representation hasn’t changed for years,” said Edan Ring, who coordinates the representation index. “The figures that we found are similar to the results of studies conducted by the Second Channel for Television and Radio.”

The studies to which Ring referred found that in 2003, only 3% of the people presented on Hebrew-language broadcasts were Arab citizens, and that number dropped in 2005 and in 2011.

“A company that we hired presents us with reports on the number of interview subjects, who appeared on all the shows, the percentage of Arabs among them and the topics they addressed,” said Ring. “In most cases, when an Arab is asked to be interviewed, it is about his ‘Arab identity,’ rather than on some civil matter or in his field of specialization.”

In March, Sikkuy, together with the Berl Katznelson Foundation, began publishing on the Seventh Eye, a media watchdog website, the results of the representation index, which covers 19 leading radio and television news shows. The results have reverberated throughout the industry. Ring said the aim is to change the approach of the shows’ editorial boards.

He said, “In the past, they tried to do this in a positive way, by taking journalists on tours of Arab society to show them that there are interesting topics and people there, and to convince them that they can find Arab experts to interview. But I come from a PR background, so I am familiar with the limitations and time constraints faced by TV shows. I realized that if they feel no obligation or pressure, change won’t happen, so we decided to create motivation by way of competition and by bringing out into the open the exclusion of Arabs. When you release the name of a show that hasn’t had an Arab interviewee for the past two months, and everyone knows who the host is and who the editor is, it has an impact.”

It appears that Ring has correctly identified the Achilles’ heel of Israeli journalists. According to Dror Zarski, the senior editor of the primetime Channel 10 TV show “London and Kirschenbaum,” he has been much more aware of the issue since the index began publication, even though his show has been ranked first almost every week since the release of the first index, which surprised everyone. On his show, the percentage of Arab participants ranges from 10% to 15%.

“We did it earlier, but the index is what pushes me,” said Zarski. “It fits in well with the fact that I am a little less vulnerable to ratings and urgent news items. When we post an item about a show with an Arab participant on our Facebook page, viewership drops, but since our target audience is relatively well defined, I am less caught up in that race, which makes it easier for us than for other shows.”

Nevertheless, Zarski is well aware of the constraints too, such as finding the right speakers. He said, “We have a limited staff, and this comes at the expense of another important social task: increasing the number of women who are interviewed. Right now I'm investing more effort in the Index, because it motivates me.” Beyond that, there are also serious objective difficulties.

“We broadcast from the center of the country, and the Arab interviewees must get there from the north and the south,” Zarski said. “Potential subjects also have concerns about the responses they might get if, for example, I'm looking for a speaker who will say something pro-Israel on an issue, where most of the [Arab] sector thinks differently. There are also a few people who refuse to be interviewed by the Jewish media.”

The truth, however, is that most of them simply don't receive requests, either because the Hebrew media doesn't know about them or it doesn’t make enough of an effort to find them for interviews. To overcome this hurdle, the nongovernmental organization ANU put together the “A-List,” an online database of Israeli Arab experts, along with their fields of specialization and how to contact them.

“The database already contains some 140 specialists, and more are being added every week. By February, the number of people on the list will reach 400,” said Makbula Nassar, a broadcaster on Radio al-Shams, aimed at the Arab sector, and a blogger who coordinates the list of experts. She said that she has found a high level of motivation among the experts, who want to participate on Israeli media and will make the effort to do so.

“The database has generated excitement in Arab society, because we have revealed people in key positions at the highest levels,” said Nassar. “People here were surprised to discover how many successful individuals there are in the sector. They have become a source of pride. Over the past few years, Arab society in Israel has been focused on its decline and on the violence that plagues it. To get that kind of sudden exposure gives people hope. When there is a report in the Hebrew media that features a ‘successful Arab,’ the sense of pride is overwhelming.”

Nassar noted that media consumption among the Arab sector is significant, and that consumers are impacted by what they see and hear. They realize that the best way to influence decision-makers is through the Hebrew-language media. Nassar emphasized that she certainly feels the impact of the database, along with the representation index, on the dialogue in the Hebrew-language media.

“I receive calls from TV shows, asking for my help locating interview subjects,” Nassar said. “It is true that most calls came from editors and hosts whose values already lean in that direction, but there are also new programs that are interested. I have no plans to start settling scores. I am optimistic.”

According to Ring, although the current upward shift in percentage points for Arab appearances is not very high, he said, “If we once counted a total of 30 Arab interview subjects per week, and the number is now 50, that is a huge increase.” Will it have an impact on Israeli society?

Zarski offered his perspective, stating, “I can see on social media how much influence is attributed to the broadcasting media. If I actually managed to affect a viewer, that would be enough for me. We are not changing the reality, but we might be helping to smooth out its rough edges.”