In a recently released audio file, Ayatollah Hussein Ali Montazeri can be heard disagreeing with the executions that took place in Iran in the late 1980s. 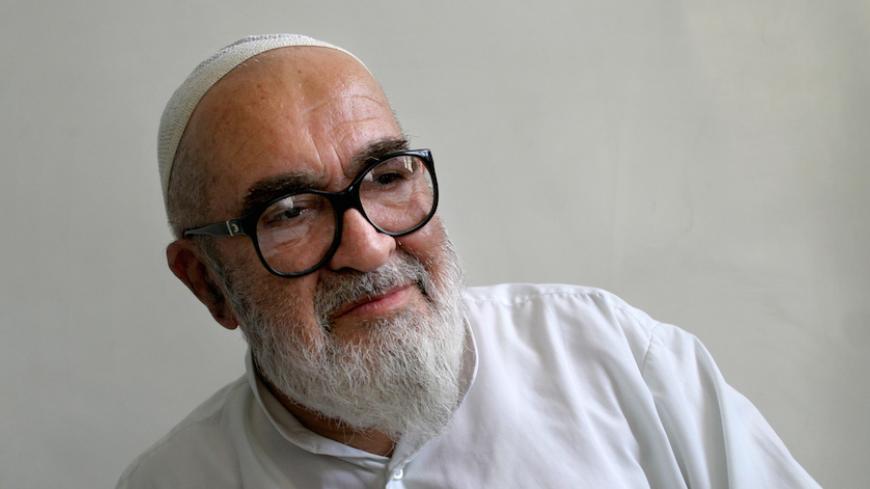 An audio file recently released by the website of the late Ayatollah Hussein Ali Montazeri — the onetime deputy supreme leader of Iran who was a leading Shiite cleric — has shed light on the cleric’s objections to a string of executions in the late 1980s and his eventual falling out with the ruling establishment.

In the final months of the Iran-Iraq War in 1988, the Iranian group Mujahedeen-e-Khalq (MEK) launched an attack from inside Iraq against western Iran. While the attack was quickly countered, it led to perhaps the last fateful decision of the Islamic Republic under the leadership of Ayatollah Ruhollah Khomeini shortly before his death in which thousands of mostly MEK members who had been imprisoned in Iran after the 1979 Islamic Revolution were executed.

Montazeri, who had been groomed to replace Khomeini and was one of the most well-known figures of the revolution, objected so adamantly to the order that he quickly lost his place within the government. His objection to the executions has been previously published in his autobiography. But the release of the audio file has brought this news to the surface once again and has revealed the harshness in which he dealt with the individuals involved.

In the 40-minute audio file, Montazeri says to them, “The biggest crime in the history of the Islamic Republic, which will be condemned by history, happened by your hands.” He said that a number of people and the Ministry of Intelligence had sought and waited for the opportunity to execute the MEK members and, after their attack on Iran, pushed the issue on Khomeini once again. In their coverage of the audio file, Fars News wrote that Montazeri believed that in the final years of his life, Khomeini was ill and those around him, especially his son Ahmed, was running his affairs. The Fars article, however, defended the executions and criticized the release of the audio file and Montazeri’s objections.

Many people have suggested if Montazeri would have kept his silence, he could have replaced Khomeini and been able to pursue his own policies and vision. Montazeri, however, rejected this reasoning, saying that if he was silent he would "not have an answer on Judgment Day and I saw it as my duty to warn Imam [Khomeini].” Montazeri was also worried about what he would say to the families of those executed. According to Montazeri’s autobiography, somewhere between 2,800 and 3,800 people were executed.

Montazeri also said that executing people for a crime when they are already serving time for other sentences undermines Iran’s judiciary. Many MEK members were in prison at the time because after the 1979 Islamic Revolution the group's leaders had a falling out with the supporters of Ayatollah Khomeini and the Islamic Republic. In response, the MEK waged a campaign of bombings and assassinations and its leaders quickly went into exile in Iraq.

Montazeri’s son, Ahmad, told BBC Persian that they published the audio file because some people have attempted to distort Montazeri’s image. He said that the audio file confirms Montazeri’s autobiography in which he writes about his objections to the executions.

Montazeri died in 2009, while the country was in the middle of the Green Movement protests against the presidential election results of that year. Completely sidelined from the government, he remained a fierce critic until his final days, publishing letters and statements against many government policies and leaders.