How Israel hopes to bypass PA and win hearts of Palestinians

The Israeli government recently launched a Facebook page it claims will clarify its positions toward Palestinians, without having to go through official Palestinians channels, but many are reluctant to follow it. 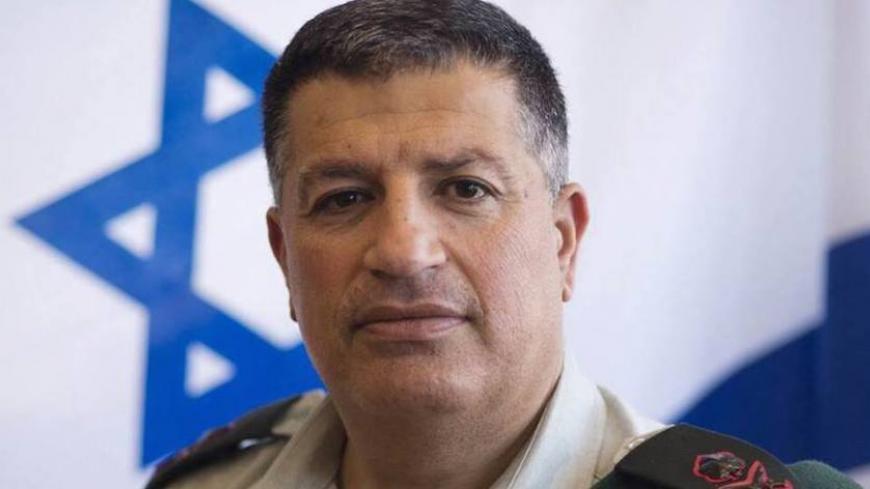 GAZA CITY, Gaza Strip — Israel established a unit in early August to communicate with Palestinians in the Gaza Strip and the West Bank through social media and traditional media, away from the Palestinian leadership. The unit aims to talk with Palestinians about everyday life issues and to clarify the Israeli attitude toward the Palestinians. Millions of shekels were allocated to the work of this unit, which is headed by Israeli Coordinator of Government Activities in the Palestinian Territories Yoav Mordechai. The Defense Ministry is behind the unit in coordination with the Israeli civil administration.

Israeli news website Walla noted Aug. 5 that the unit was introduced following a recommendation by the Israeli security authorities. It will include many professional experts and specialized technical personnel. Israel is not looking for a new political dialogue with head of the Palestinian Authority (PA) Mahmoud Abbas; it wants to communicate directly with the Palestinians.

The unit’s work was translated into a Facebook page titled The Coordinator, which publishes Mordechai's statements in Arabic, targeting Palestinians in the West Bank and Gaza.

On Aug. 18, Israeli Defense Minister Avigdor Liberman announced that the unit will be launching a website in Arabic soon, which is expected to be visited by 400,000 people daily.

Wassel Abu Youssef, the secretary-general of the Palestine Liberation Front and member of the PLO's Executive Committee, told Al-Monitor that Israel created this unit to set things straight in dealing with the Palestinians, while circumventing the PA.

He said that Israel's aim through this unit is to destabilize the internal Palestinian situation and try to take advantage of the Palestinians’ urgent needs to travel, get medical treatment and obtain work permits. In addition, the Israeli government wants to show the Palestinian leadership that it can operate in the Palestinian territories without it.

On Aug. 9, Israel issued 8,000 work permits to Palestinians allowing them to work in Israel; Israel distributed these permits to the workers in the West Bank directly, without referring to the Palestinian Ministry of Civil Affairs, which is in charge of coordinating with the Israelis in this regard.

Jamal Dajani, the director of strategic communications and media for the Palestinian government, believes there is a different side to the Israeli unit other than the one Israel is showing, which is to fight the global boycott organizations that are unveiling oppressive Israeli practices against the Palestinians, specifically the Boycott, Divestment, Sanctions (BDS) movement against Israel founded in 2005. However, despite allocating millions of dollars to fight the BDS movement, Israel has failed to reduce the movement’s activities on television and radio and in the newspapers.

Israel decided to address the Palestinians after Avichay Adraee, the spokesperson for the Israeli Defense Forces, attracted hundreds of thousands of Arabs and Palestinians who follow his Arabic Facebook page, which now has almost 1 million followers. He managed to do so by using Palestinian and Middle Eastern photos and expressions and verses of the Quran, and by greeting Palestinians on the occasion of their holidays. Yet during the Israeli war on Gaza in 2014, some Palestinians called on the Arabs to unfollow Adraee.

Farid Abu Dahir, a journalism professor at An-Najah University in Nablus, told Al-Monitor that Israel created this unit after the success of some accounts run by official Israeli spokespersons on social media, whose propaganda was not only followed by people living in the Palestinian territories, but in several Arab countries as well.

He said, “Fifteen years ago, today’s media openness first emerged. It has exceeded spatial limitations and restrictions imposed by any monitoring authority in the world. The Israeli move to address Palestinians through this unit and show some kind of Israeli sympathy with the Palestinians will not bring the desired result, because every Palestinian in the West Bank and Gaza Strip is suffering from Israel,” noting that Israel is trying to send political messages to the PA after the latter threatened to halt the agreements with Israel.

For his part, Akram Atallah, a political analyst and columnist with Palestinian newspaper Al-Ayyam, believes that the Israeli attempt was absurd and can never succeed because Israel is trying to exonerate itself from the sufferings endured by the Palestinians in Gaza and the West Bank.

He said in an article published on Npaa Press Aug. 8, “The youngest Palestinian knows what occupation stands for and what it means for another country’s army to control the water, the medical treatment and the air of another people. All those embellishment attempts will fail because the occupation is ugly and nothing can ever make those who are occupying another people look better. This is all an illusion.”

Palestinian merchant Ziad Labad told Al-Monitor, "Two weeks ago, I started following The Coordinator on Facebook through my son’s personal account, since I need to learn about the movement of goods entering the crossings — specifically electrical appliances. I do not have a Facebook account and I do not like to use the internet.”

Israel has begun to bypass the PA in terms of Palestinians’ daily lives and punish the authority for refusing to resume negotiations and for joining international institutions, but it is finding it difficult to promote its narrative among Palestinians.