According to a special report prepared to mark Tisha B’Av, which commemorates the destruction of the First and Second Temples, the most violent pages on Israeli social networking sites belong to politicians. 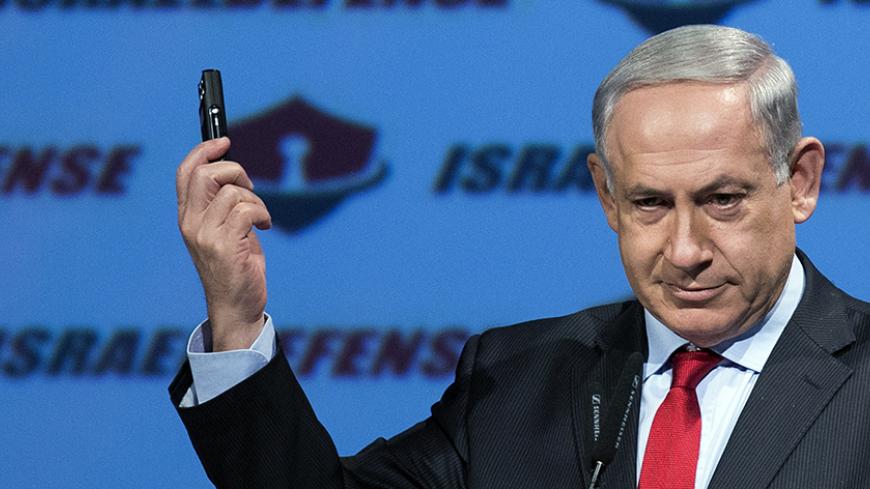 The most violent pages on social networking sites in Israel belong to politicians. The Berl Katzneslon Foundation published data about violence on the internet in a special report prepared ahead of Tisha B’Av, the day commemorating the destruction of the First and Second Temples. TV Channel 2 pointed to the report as part of a discussion about “unjustified gratuitous hatred,” which Jewish tradition cites as the cause of the Second Temple’s destruction.

The study tracked down all expressions of hatred appearing in Hebrew on Israeli social networks between June 2015 and May 2016. The total number of such comments was a staggering 4,241,653. These included curses and inflammatory and offensive remarks of varying degrees of severity, including 175,000 calls for physical violence. The study also found that the most frequent terms in this category were “kill” (27,000 times) and “eliminate” (12,000 times).

According to the report, this was a record year for expressions of violence on Israeli social media. The rise in violence can be attributed to a combination of loose fingers on the keyboard and the intifada of individuals, which made the public and political spheres all the more volatile.

Unsurprisingly, the “most violent Facebook page in Israel” belongs to the Israeli rapper known as “The Shadow” (Yoav Eliasi), a controversial figure aligned with the far right who recently joined the Likud Party.

Apart from The Shadow, those mentioned above are all senior politicians in a high-level public position — politicians who manage to inflame the passions on the right and the left. Most of the violent discourse surrounding them is related to the political right-left divide, while some operate on the border of provocation, or, in the case of Zoabi, clear incitement.

And so, in the case of Zoabi and The Shadow, who is a newcomer to the political world, it is obvious that the dialogue they themselves initiate is violent to the core, including their appearances in traditional media. Zoabi has delivered a wide range of provocative speeches in the Knesset, in which she frequently called Israel Defense Forces troops “murderers.” It should, therefore, come as no surprise that she has also sent shock waves across the internet. There is, of course, no way to justify calls for violence against her, but she can hardly rinse her hands of responsibility, since she herself is one of the biggest polluters of the internet.

In the case of Regev, too, her provocative comments against the left and Ashkenazi Jews are the cause of violent discourse. Regev does not use violent language, but she wittingly fuels the passions and that often leads to sharp responses. So, for example, sports reporter Ron Kaufman called her an “animal [beast]” on his radio show Aug. 7, and was suspended for it. The entire incident provoked a ruckus on the internet and another wave of violent comments. And, of course, there were the racist remarks by film critic Gidi Orsher, whose mocking of Mizrahi Jews led to a furious response by Regev. That incident left the internet seething for days.

Netanyahu is a political figure who constantly navigates the gray zone of incitement, and who did so even before the rise of the social networks. In 1995, before Prime Minister Yitzhak Rabin was assassinated, as chairman of the opposition, Netanyahu participated in the violent demonstrations in which Rabin was called a “traitor,” and images of Rabin in Nazi uniform were brandished. Even the video clip that Netanyahu released on the day of the most recent election in March 2015 to encourage people to vote was tainted with racism. In it he warned Jewish Israelis that the Israeli Arabs are voting ''in droves."

Netanyahu apologized for this — even twice. Still, before and after he continued to poison the atmosphere some more. The report claims that Netanyahu is one of the politicians subjected to considerable words of violence, but could it not be argued that he contributes in his own way to this volatile dialogue?

And what about Bennett? The minister of education is frequently dragged into semi-racist nationalist discourses, too, and has been subjected to insults and verbal violence from the opposite end of the political spectrum. At the peace conference held by Haaretz newspaper two years ago, during Operation Protective Edge, it was even reported that Bennett was attacked physically and jeered as a “murderer” and “fascist.” In that case, it was people from the left who acted violently.

Posting on his Facebook page on the eve of Tisha B’Av, Bennett spoke about unjustified hatred in politics, and pondered how politicians should act during a fight with a political rival. He recommended that they remember, “My political rival is fighting for values that he believes in with everything he has, just as I can and must fight to advance my own values. But I must not hate him, and I certainly must not turn him into my enemy. So we will discuss and we will debate, but we will not burn each other’s granaries to the ground, just like our ancestors did [at the time of the destruction of the Second Temple], and never ever will we allow it to descend to civil war, because we won’t get a fourth chance."

Bennett is right. What he wrote is important, especially when it comes from a politician of his stature. Still, given the amount of violent discourse comments posted on his Facebook page, even he should engage in some self-examination.

On Tisha B’Av this year, it was impossible to avoid all the many posts, including some by politicians, which discussed the connection between unjustified, gratuitous hatred and the destruction of society. They were mostly cliches. One exception to this was a post by former Knesset member Mossi Raz, who wrote on his Facebook page: “'The Temple was destroyed because of unjustified hatred,’ said the assassin of Yitzhak Rabin [1995], and he began his fast. So did the murderer of Shira Banki [killed at the 2015 Jerusalem Gay Parade] and the murderer of [Peace Now activists] Emil Grunzweig [1983] …”

Without getting into the politics of it, Raz is right about one thing: Words of hatred come at no cost, and so does internet incitement. That is why it will take more than a few nice words by politicians about national unity and mutual responsibility, or their condemnations of “unjustified hatred,” unless, of course, they speak the same way when faced with a political rival.