Why some think this former Israeli PM is planning a comeback 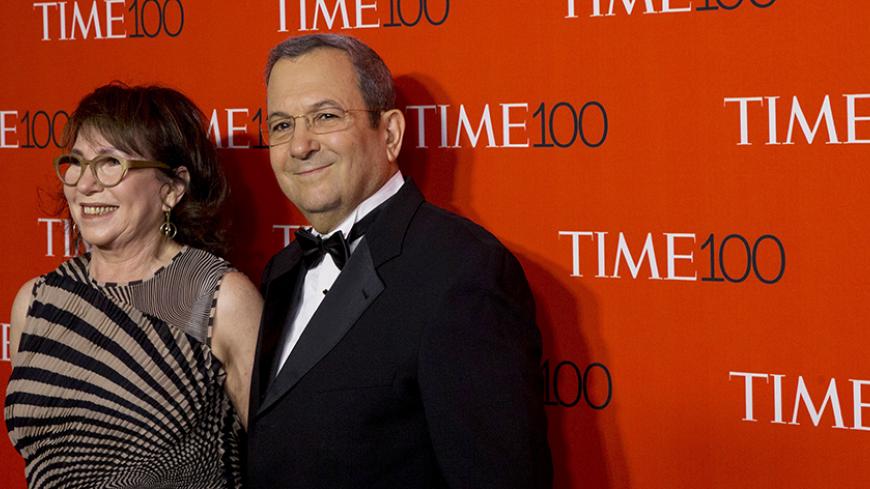 The serious accusation made Aug. 17 by former Prime Minister Ehud Barak that the incumbent, Benjamin Netanyahu, had endangered state security, is the latest in a series of remarks he has made over the past two years about the prime minister. Since 2014, he has been warning that the man at the helm of the State of Israel is leading the country to disaster, but this time he took it up a notch: According to Barak, Netanyahu shirked his duty to safeguard Israel’s security interests.

Barak’s latest accusatory harangue, which, as expected, became the talk of the day, was delivered Aug. 17 at a gathering of the Darkenu (Our Way – moderate center) movement in the city of Rishon LeZion. It included all the usual elements: Netanyahu’s actions verge on fascism; that he is responsible for the dangerous deterioration in Israel’s ties with the United States and President Barack Obama; his judgment is questionable; and a quasi-psychological assessment of the prime minister points to pessimism and anxiety.

In addition, in his roundabout way, Barak hinted at an incident involving Netanyahu that should be of grave concern to Israelis, but about which he could not elaborate “given its sensitivity.”

The text of Barak’s speech was made available to reporters several hours prior to delivery, to create the drama and media effect that the former prime minister and defense minister sought to generate. And indeed, the sight of a bearded Barak standing on a stage and warning against Netanyahu’s disasters, along with a slow summer news day, created the desired sensational news item. Almost all the opposition members in parliament demanded that Barak present himself at the Knesset’s Foreign Affairs and Defense Committee to report on the egregious incident. At the same time, defense analysts sought to solve the riddle Barak had presented to the Israeli public. The conclusion was that Barak was referring to a series of events concerning US military aid to Israel in light of the 2015 nuclear agreement between world powers and Iran.

According to the defense analyst of the daily Yedioth Ahronoth, Alex Fishman, Netanyahu may have rejected a US proposal to deploy strategic weapons systems on Israeli soil, which would have enabled a quick response to the Iranian nuclear threat — all in keeping with Netanyahu’s reckless (in Fishman’s view) conduct regarding the US aid package.

But it would appear that Barak’s claims should be examined through a political and public lens. Even if Barak shows up at the Knesset’s Foreign Affairs and Defense Committee to report on Netanyahu’s alleged malfeasance, his remarks would be classified and the public would not be told about them, even though they would be widely covered and speculated on.

It is no secret that Barak sees himself as Israel’s Charles de Gaulle. Like the French general and statesman, he tends to believe that the people who had tired of him will call him to lead them once the catastrophes of which he is warning occur.

In an extensive interview he granted Haaretz daily, in January 2015 — two months before the last elections — Barak said so emphatically, while warning that Israel under Netanyahu was headed for an abyss: “I am realistic enough to know that a situation could emerge, heaven forbid — that is the appropriate term — in which people will turn to me and I will be compelled to consider it. And because I know what that type of situation would be, I say let’s hope we don’t get there, that something else will happen along the way."

As it turned out, the public did not heed his warnings and sent Netanyahu back for a fourth term as prime minister. Perhaps because Barak’s comments were considered irritating and less than credible, given that he had stood by Netanyahu’s side for over three years as minister of defense and together with him orchestrated the (diplomatic) fight against a nuclear Iran. Barak realized once again that the public that had tired of him, did not miss him.

Barak withdrew from political life in 2012, after realizing that the Atzmaut Party he had established was unlikely to be voted into the Knesset. That was also when the partnership with Netanyahu came to an end. Barak quit, leaving behind scorched earth within the Labor Party as well — the same party that had given him another opportunity to take its helm, only to have him reward it by dividing it in order to continue to serve in the second Netanyahu government.

One cannot discuss Barak’s remarks about Netanyahu without recalling the common history of the two men and Barak’s changing political interests.

For a while, Barak disappeared from the public eye. It was then rumored that he had been diagnosed with Alzheimer's disease. In October 2014, he broke his silence and presented himself at the Channel 1 public broadcasting studios to deny the rumor. He was sharp, focused and amused, and since then, more or less, he has been popping up every few months and warning against Netanyahu. In August 2015, he was heard repeating the same things when recordings made by his biographer (Ilan Kfir — co-author of Hebrew-language ''Wars of my Life'') were “leaked,” warning against Netanyahu.

At the June 2016 Herzliya Conference, he escalated his rhetoric, warning that Netanyahu was destroying Israel and its democracy, and calling for a popular protest that would bring him down and replace his government.

When examining his series of interviews and speeches, one can clearly detect an action plan. Barak abandoned previous attempts to take the political pulse of the nation by holding meetings in 2014 with Labor Party activists. He realized then that they were not his saviors: The party had changed and, in general, got fed up with him. As far as the party was concerned, he has become persona non grata.

Actually, Barak is now trying to return to center stage through direct contact with the public. When he calls for a popular protest he understands that there is a political leadership vacuum on the center-left and he is putting himself up for bidding. But so far, there do not appear to be any takers. Even after his harsh attacks against the prime minister, Netanyahu was elected to office once again. Barak, meanwhile, continues to travel around the world and occasionally sound his doomsday prophecies.