If it wants to join the World Trade Organization, Iran will face many hurdles and has to take some painful measures. 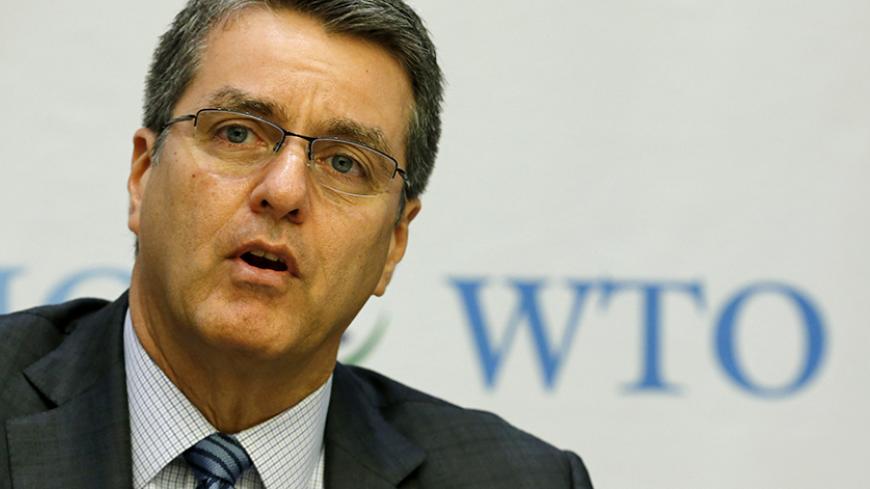 TEHRAN, Iran — “Now that years of intensive negotiations have finally cleared all the misunderstandings around Iran's nuclear activities, we are taking the next step toward integrating more deeply into the global economy. … Finalizing WTO membership is therefore a priority for the Iranian government,” said Industry Minister Mohammad Reza Nematzadeh at a ministerial meeting of the World Trade Organization (WTO) in Nairobi late last year.

Unlike the UN Security Council, in which only the five permanent members wield veto power, any decision at the WTO must be approved by all member states. This means that even the objection of a single state effectively results in a veto.

As such, it was only in May 2005, after 21 failed attempts over the course of two decades — due to objections by the United States — that Iran’s application was finally approved unanimously to give it observer status. Yet Iran, the second -argest economy in the Middle East and North Africa region after Saudi Arabia, is still the largest economy excluded from the WTO.

As part of Iran’s accession bid, a working party has been formed while Tehran has taken a series of steps, such as submitting a memorandum on its foreign trade regime in 2009 and replying to a set of questions in 2011. However, “the working party has not yet met,” the WTO stated.

Following last year’s landmark nuclear deal, which resulted in the removal of many financial and trade restrictions, the Iranian government has sought to build on the momentum and proceed with its WTO accession bid by gaining more international support, including backing from the European Union. Iran has also set up a team of economists and lawyers to evaluate the institutional and economic reforms required to make its trade regime WTO-compliant.

The 164-member WTO accounts for nearly all global trade. As such, for Iran’s trade-starved economy, accessing the global markets of WTO member states is particularly attractive as it can challenge economic sanctions against it through the organization’s dispute settlement system.

While Iranian officials argue that the main obstacle for Iran to join the WTO is political rather than technical, critics say that the political issues are only the tip of the iceberg and that the country is yet to be prepared for the fundamental changes required to join the WTO.

As history shows, WTO accession is a lengthy process, which on average takes nearly a decade. To complete its accession bid, Iran needs to make some painful measures to make its trade regime WTO-compliant. These steps include elimination or reduction of certain types of subsidies, lowering of tariffs, greater transparency about a wide range of policies including rules for importing and export goods as well as observing copyright laws.

Those opposed to Iranian WTO membership say accession without prior preparedness would only harm the already-troubled Iranian economy as it would probably lead to an increase of imported goods, due to a lowering of tariffs, and harm protected industries, leading to their closure and subsequent increased unemployment.

In an interview with Al-Monitor, Mohammad Reza Sabzalipour, the head of World Trade Center Tehran (Iran) said, “We have to improve our economy. If we join the WTO with the current economic situation, we won’t be successful, and even the industries that are functioning today will be destroyed.”

Those in favor of Iran’s accession agree that the country will be harmed if the economic situation is not properly prepared before joining the WTO. However, they insist that Iran has no choice but to prepare the ground and join the organization, since the advantages outweigh the disadvantages.

Economists such as Mohammad Gholi Yousefi of Allameh Tabatabai University say that development cannot take place while Iran remains in isolation, arguing that the country needs to establish international ties and attract foreign investment as a way to bring in modern technology to boost the economy.

WTO membership, Yousefi and others say, would help Iran achieve these goals while the economic restructuring that the country has to undertake will provide Iranian enterprises with the necessary framework to engage in business based on international regulations.

Despite the differing views of those against or in favor of Iran’s WTO membership, it seems that Iranian officials have a realist approach to joining the organization, saying that full membership cannot happen overnight.

Indeed, officials have said that the country plans to become a WTO member by the Iranian calendar year 1404 (beginning in March 2023), when its economy is projected to be stable and export-driven.

“Following the establishment of the WTO working party, it will take between eight to 10 years for negotiations to be completed,” Valiollah Afkhami Rad, the head of Iran’s Trade Promotion Organization, said in a January interview with Sharq Daily, adding, “The government can also demand an additional period of up to seven years to gradually make sensitive economic sectors compatible with the global system.”

Iranian government officials maintain that accession to the WTO is in line with the “resistance economy” outlined by Supreme Leader  Ayatollah Ali Khamenei, who has stressed the importance of joining the WTO only when the country has become fully prepared by becoming an export-driven economy.

But as Iran’s experience with the WTO already shows, even if the country meets all the prerequisite trade commitments and economic reforms, full membership in the organization will be highly affected by the country’s international relations.

“Iran can’t achieve full WTO membership as long as it has political and ideological differences with most of the organization’s members, including Israel,” Sabzalipour told Al-Monitor. “We should either end those differences — which will result in our humiliation in the world — or insist on them, in which case not all member countries will back Iran’s accession.”

Indeed, while it is clear that it will be years before Iran can become a WTO member, the country’s accession bid — even if all prerequisites were met today — would be at the mercy of not only US or Israeli objections, but potentially those of other WTO members — including Saudi Arabia. As such, despite the nuclear deal, the road to Iranian WTO membership remains long and blocked by hurdles.