Egyptian film director Ahmed Maher speaks to Al-Monitor on how he is moving ahead with his next film on Jesus Christ's infant years in Egypt. 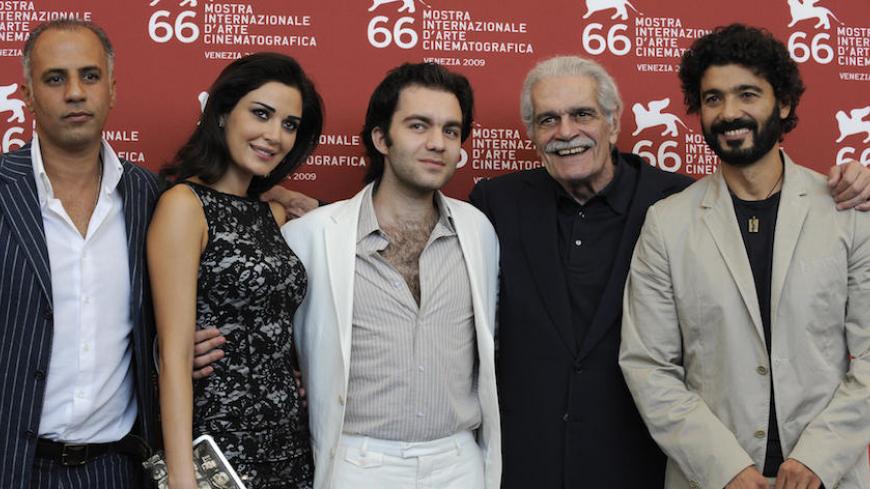 CAIRO — Following years of preparation, Egyptian film director Ahmed Maher says that progress is being made on his multimillion dollar film about the early life of Jesus Christ and the cast will be announced within a month.

In an interview with Al-Monitor, the director said the film "Christ" — which has been in the pipeline for years and caused controversy among Egyptians — could be shot outside of Egypt should he face objections from Al-Azhar. The film has already received the Coptic Church's approval, with producer Mohamed Ashoub noting that the late Coptic Pope Shenouda III read and approved the script years ago.

The film, which Maher hopes he will be able to shoot in Egypt, was written by the late scriptwriter Fayez Ghali years before his death. Maher said the cast will include Egyptian actors and it is anticipated that the project will cost at least $50 million.

Al-Monitor:  First, can you tell us what the film deals with?

Maher:  The film deals with a stage in the life of Christ that was not previously tackled by any other film. It talks about his childhood, about how he came as a child with Mary to Egypt.

Al-Monitor:  Why was the film delayed? The script was written years ago.

Maher:  I signed a contract to be the film director in 2010 and the screenplay was written by Fayez Ghali, but those in charge of the production suggested that a foreign screenwriter write the scenario as well. Indeed, a screenwriter wrote a new version, but I was determined to use Ghali's version because I find it the best.

Al-Monitor:  What happened after that?

Maher:  For some reason, Al-Azhar objected to the film despite the fact that the film will not depict Christ in his adolescence and that the [Coptic] Church, during the reign of Pope Shenouda III, did not oppose the film and even agreed to it. The film ends when Christ leaves Egypt and goes into Bethlehem.

Al-Monitor:  What happened after they opposed it?

Maher:  Work stopped and Ghali objected to the presence of a foreign scriptwriter for fear he would interfere in the film. Also, he feared that a Jewish funder would alter the context of the film. Finally, I learned that the heirs of Fayez Ghali filed a lawsuit against producer Mohamed Djohar, arguing that his ownership rights had expired and the film was not being shot, and that the film was now owned by Ghali's heirs.

Al-Monitor:  What is the purpose of the film as per the script of Fayez Ghali?

Al-Monitor:  What would happen if the shooting of the film was met with open rejection from Al-Azhar?

Maher:  I would shoot the film outside of Egypt, in Sudan, Lebanon and Jordan. However, I would be surprised if Al-Azhar rejected the shooting of the film. Al-Azhar refuses the filming of preachers of paradise and prophets. But the film will not incarnate Christ in his youth. It will only show him as a child.

Maher:  The foreign scriptwriter's version features a modern setting and then returns to the era of the birth of Christ and his journey in Egypt, but I think there is no need for a modern setting as the film is about Christ's childhood.

Al-Monitor:  Do you expect to encounter difficulty in filming?

Maher:  Of course, I prefer filming inside Egypt. It is difficult to create an environment similar to the Nile Valley, even in Sudan, or similar to the desert environment in which the Holy Family walked from Assiut to Cairo. I still wish to shoot this film in Egypt because this would provide Egypt with a major exposure, and those in charge of the film industry would benefit from this experience in Egypt. It will be a milestone in the history of Egyptian cinema. I decided to shoot this film, and I'm confident that its shooting will serve as an artistic creation.

Al-Monitor:  But why will foreign actors take part in the film?

Maher:  Because we want it to be a global film, not one dedicated to Arabic speakers alone.

Al-Monitor:  How much will the production of the film cost?

Maher:  I think it will cost at least $50 million, but the funding is no problem. There are many parties willing to finance the film.

Al-Monitor:  Why the high cost?

Maher:  The film will be very costly because it will feature the battles of the Romans. Also, the old era setting will cost a lot, but the topic will be quite interesting.

Al-Monitor:  And what do you expect this film to achieve?

Maher:  I expect the film to attract a large viewership, not only in the Arab world, but also around the world because our story has never been addressed before.

Al-Monitor:  Who are the actors likely to appear in the film?

Maher:  I cannot disclose any names now until the contracts have been signed. We are expecting a reply from the candidates within a month.

Al-Monitor:  Will there be Arab actors in the film?

Maher:  We have  proposed Egyptian actors such as Amr Waked, Asser Yassin and Mahmoud Hemida.

Al-Monitor:  Who will be the child who will act the Christ?

Maher:  A casting will be done for children from around the world in order to choose the best two faces out of them. We will need two because the film includes different stages of Christ's childhood.