Egypt is turning to the world of fashion to reinvent its threadbare tourism business. 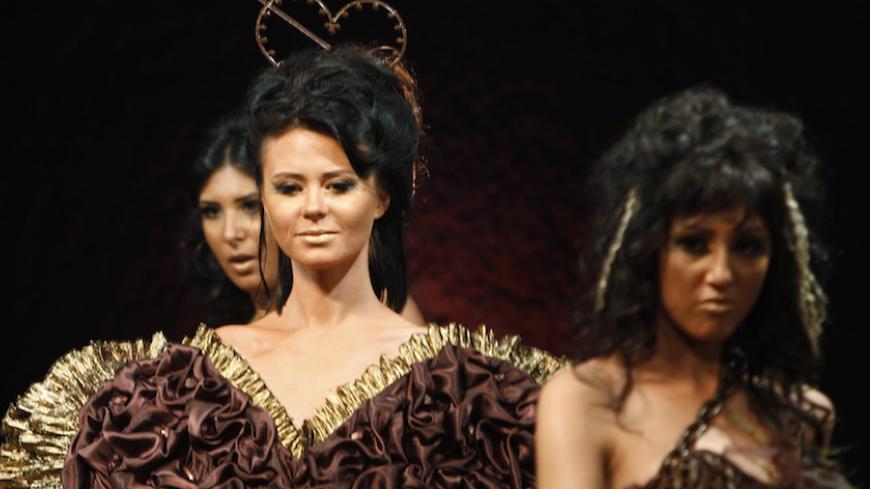 On Sept. 5, Egypt will host a festival in Cairo titled "Egypt: The Capital of Arab Fashion." There are already a number of well-attended fashion events in Egypt, but this will be the first to focus on fashion as a way to attract tourists.

It's not news that Egypt's tourism industry has been devastated, but the actual numbers make people sit up and take notice. The Central Agency for Public Mobilization and Statistics issued a report in late July showing that the number of tourists who visited Egypt from all over the world in June plunged 59.9% to 328,600, compared with 820,000 tourists in June 2015.

Given the protracted decline of the industry, due to a slew of security issues and political disputes, people have been searching for creative ways to revive tourism — something other than the lure of monuments and beaches. The fashion festival is expected to create buzz while touting the heritage and fashion that characterizes all Egyptian governorates.

The festival will welcome renowned fashion designers, public figures, ministers and artists from various Arab countries. Egyptian designers will display their creative fashions, with many presenting new takes on traditional pieces from various regions, such as Nubian styles from Upper Egypt and historical pharaonic attire, as well as modern fashion.

Abeer al-Sherbini, who came up with the idea of the festival and is one of its organizers, told Al-Monitor, "Egyptians love fashion and clothing, despite the severe economic conditions they are currently going through. They love beauty, creativity and art and this can be seen in the designs of Egyptian clothes, as every governorate has its own clothes. Moreover, Egypt has most renowned fashion designers such as Hany al-Behairy, Marwa al-Baghdadi and others."

She added, "Egypt needs creative ideas to attract tourists. Fashion in Egypt has fans in all the Arab world."

Some 400 public figures from the Arab world are expected to attend, including artists known for their interest in fashion, Sherbini said. "Reviving the fashion industry in Egypt will consequently revitalize trade, importing, and exporting of clothes, and this is the goal of the festival. … The festival will not only focus on clothing designs, but also accessories and jewelry. In addition, invitations have been sent to all fashion designers in the Arab world to compete with their Egyptian counterparts on the best design for this year."

Sherbini indicated that actresses Razan Moughrabi and Liqaa al-Khamisi will host the festival, as they are known for their interest in fashion. Moreover, a number of government ministers — ministers of tourism, culture and others — will attend. The Ministry of Culture and the Egypt Tourism Authority are coordinating to support the event.

Festival coordinator Ghada al-Sherbini told Al-Monitor that "a fashion festival will be held every year in an Arab country, yet the starting point will be in Egypt."

Egypt was chosen as the first country to host the event because "Egypt is in dire need of such festivals to attract and revive tourism, especially after it has deteriorated due to the recent conditions [Egypt] went through." Next year, Bahrain will be the second country to host the festival.

"The festival's fashion showcase will include all kinds of clothes for kids, women and men. Moreover, the festival will attract those who are interested in women's affairs — human rights and feminist societies and famous female figures," she said.

She also called on the government to provide assistance with promoting the festival outside Egypt. "Fashion attracts the Arab princesses in the Gulf countries as well as women in the Arab world, as Egypt is certainly considered the capital of fashion for Arabs."

Abeer al-Sherbini said the festival will include several competitions, such as the best selfie, in addition to fashion showcases that will last for three days. The best designer will be honored.

Marwa al-Baghdadi, a fashion designer taking part in the festival, told Al-Monitor she will be responsible for the main show because she believes in the idea. "The festival will revive the fashion industry, which is undergoing hardships because of the deteriorating economic conditions in Egypt. Therefore, the festival will help open new Arab markets for this industry and present the designs of all the Egyptian designers to companies and figures interested in fashion in the Arab world," she said.

"The other advantage is making use of Egypt's uniqueness in the industry of fashion to attract Arab tourists again. If the festival succeeds, it will turn into an international festival to display Egyptian designs all over the world."

Baghdadi said she is not charging for her participation "because it is for Egypt," and "will benefit Egypt on the commercial, touristic and industrial levels."

"I make sure that my shows are full of the Egyptian spirit and reflect the Egyptian heritage and culture for [both] veiled and non-veiled women, girls and men," she added.

Commenting on the obstacles facing the art of fashion in Egypt, she said, "The government neglects fashion, which receives no attention or support from any institution, even though it is one of the arts that distinguishes Egypt in the Arab world. In addition, [Egyptian] fashion designers don't cooperate with each other. Therefore, this festival is considered to be the first step to unify the efforts of all artists and designers in this industry."