Why state of emergency brings back bad memories in Turkey

After a 14-year interval, Turkey has reintroduced a state of emergency not only in the southeast but across the entire country. 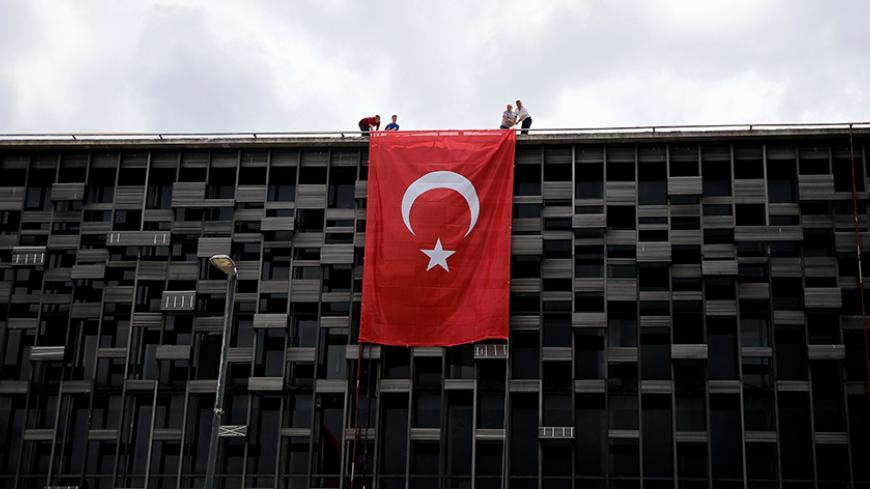 DIYARBAKIR, Turkey — In the fall of 1987, I was standing in front of a building adorned with Turkish flags in Diyarbakir's Sehitlik neighborhood, along with hundreds of other high school students. Suddenly a black limousine appeared and out came then-President Kenan Evren, a former putschist general, to inaugurate the building. We didn't really know what was going on but understood it was important. We went home after the ceremony, and later realized we had witnessed the beginning of a new dark era known as "state of emergency."

Turkey was introduced to the state of emergency (SOE) regime after the Kurdistan Workers Party (PKK) began its armed struggle in 1984. The Turkish Constitution adopted in 1982 permitted a SOE in cases of armed violence and disruption of public order. On Oct. 27, 1983, the Law on State of Emergency was enacted and created the post of SOE regional governor. The martial law that was imposed on the region in 1978 was replaced by the SOE on July 19, 1987.

Bingol, Diyarbakir, Elazig, Hakkari, Mardin, Siirt, Tunceli and Van were the first provinces to come under the rule of the SOE regional governor, the first of whom was Hayri Kozakcioglu, who was otherwise known as a "super governor" because his powers exceeded those of regular provincial governors.

Although it didn't mean much to most people, the SOE turned the lives of people in southeast Turkey upside down.

Anilmis village in Sirnak was one of the first places to experience the harshness of the SOE. An ordinary day in 1989 was suddenly interrupted by explosions and gunshots. Soldiers came to the village hours later and told the villagers to leave. Anilmis residents hastily packed and escaped to the provincial center.

At Diyabakir's Kelekci village on March 21, 1992, an elderly woman was seen crying in front of her destroyed house, while a villager who was forced to evacuate told foreign journalists, "They told us either to become village guards or leave. They set fire to 500 houses. We took refuge where we could."

With the SOE regime, Turkey saw the emptying of villages. It started at Anilmis and Boyunyaka villages of Sirnak, continued with Diyarbakir's Kelekci and would be repeated thousands of times.

Some villages were emptied for allegedly supporting the PKK, while others were abandoned under PKK pressure or for refusing to join the government-sponsored village guards. Villages were set on fire to prevent their residents' return. According to a report by a parliamentary investigation committee in 1998, 905 villages and 2,523 rural settlements were emptied and 378,335 people were uprooted until that point. Civil society groups say the numbers are far greater.

The experiences of those uprooted from their own homes were heart breaking. An old man who returned to his village years later told me as he cried, "While we were living here we produced so much milk we had to dump some of it. Now we need a cup of yoghurt drink."

Turkey was penalized by the European Court of Human Rights many times for the forced evacuations and ordered to pay compensation.

One of the most controversial practices of the SOE was the infamous decree labeled "exile and censor." This allowed the SOE to shut down any publication it saw as detrimental to public order and deport any person deemed undesirable. One of the first persons to be deported was Zubeyir Aydar, who was the chairman of the Human Rights Association in Siirt and is now a Kurdistan Communities Union representative in Europe. Hundreds more followed.

Media crackdowns, too, were common. The first round came with the closure of opposition periodicals "2000'e Dogru" and "Halk Gercegi." Soon after, any publication supporting the PKK was banned.

Beyond publications, music deemed "dangerous" could not enter the region. For years, Grup Yorum could not perform its protest music in the region. Albums of famous Kurdish folk singer Ahmet Kaya, who died of a heart attack in exile in Paris in 2000, were occasionally banned. Kaya could never give a concert in the southeast.

Travel was a constant problem. One day I was going to Lice from Diyarbakir with a group of journalists. When we reached the Duru outpost 12 kilometers (7.5 miles) from Lice, soldiers stopped us and asked us to bring a permission slip from the regional governor to move around, even though the governor's office said there was no such rule. Another time on the way to Lice, a soldier ordered us to get a permit from the Domestic Security Brigade in Lice — a town that we were not allowed to enter.

It wasn't only us who were suffering from these arbitrary restrictions; in 1993, Deniz Baykal, then-leader of the Republican People's Party, was also banned from going to Lice by a noncommissioned officer.

During the SOE, security forces could search any person, house or workplace without a court order. While it was common to encounter multiple checkpoints on a 50-kilometer (31-mile) stretch of road.

The most painful memories in those days were the murders committed by unknown assassins. People first heard of this when the People's Labor Party politician Vedat Aydin was murdered in 1991.

Aydin was taken from his house in Diyarbakir by a group claiming to be police, who tortured and killed him. His corpse was found in Elazig province. Hundreds of thousands of people attended his funeral, where more than 10 people were killed when police opened fire.

A series of unsolved killings by rogue elements of the gendarmerie followed. Those close to the Kurdish movement — journalists, politicians and even newspaper distributors — were favored targets. The murderers of journalist Musa Anter and Democracy Party deputy Mehmet Sincar remained a mystery. Then-President Suleyman Demirel excused the murders by claiming the victims were not journalists.

Among those murderers, who were never apprehended, was a man named Mahmut Yildirim, codenamed Yesil. Yesil became the region's nightmare; everyone believed he was abducting, questioning and killing people at will.

Many documents were found to support the allegations against JITEM, but no official would acknowledge the agency's existence, even though everyone knew its headquarters in Diyarbakir was across the street from the courthouse.

My introduction to that building was marked by a scary occasion. While waiting outside the courthouse one day for the trial of some soldiers, I was invited into the JITEM building. As soon as I stepped in, a gun was pressed against my head. Knowing the JITEM stories I thought that was my end. It turned out to be the reaction of a noncommissioned officer who didn't want us to cover the court case. After a long lecture of threats, he let me go.

The SOE regime lasted until Nov. 30, 2002. Those 15 years left behind thousands of unsolved murders; emptied and torched villages; hundreds of thousands of uprooted people and a Kurdish issue without a solution — in short, a wreckage.

The Justice and Development Party, the same party that abolished the SOE, has brought it back, this time for the entire country.

I was in Sirnak when the SOE was lifted in 2002. I cannot forget the happiness in people's faces. And when it was reintroduced a few days ago, I was in Diyarbakir and saw how disappointment and worry for the future took over people's faces.