Turkey risks sliding further away from the West if it reinstates the death penalty after the failed coup attempt. 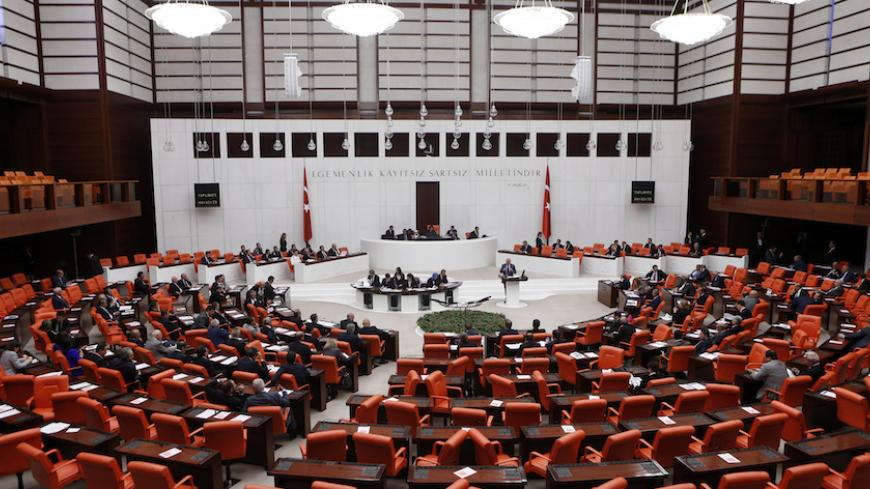 The Turkish parliament convenes to vote on a motion that would allow the government to authorize cross-border military incursions against Islamic State fighters in Syria and Iraq, and allow coalition forces to use Turkish territory, Ankara, Oct. 2, 2014. - REUTERS/Umit Bektas 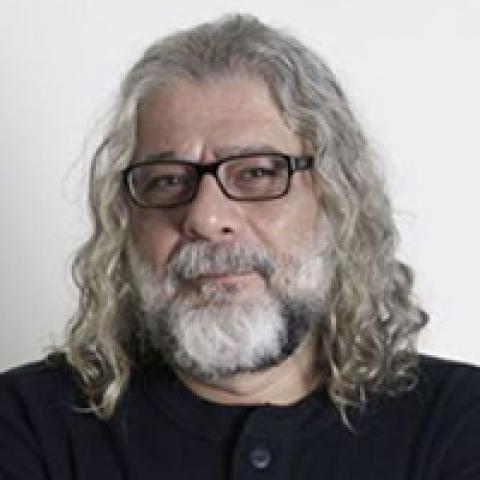 Can Turkey really reinstate the death penalty after the failed coup attempt? According to the European Union and many politicians, jurists and human rights activists, the answer is no. President Recep Tayyip Erdogan and Prime Minister Binali Yildirim, however, insist capital punishment could be brought back.

Since the failed putsch on July 15, both leaders have repeatedly spoken in favor of capital punishment, be it in media interviews or in speeches to angry crowds that continue to demonstrate in the streets. Immediately after the putsch, Yildirim was quick to reassure a crowd chanting slogans to restore the death penalty in the parliament's courtyard. "Your message has been taken. We'll do what is necessary." Meanwhile, Erdogan said he would readily approve any bill parliament that might pass to restore capital punishment. "In democracies, people have the say, and the people want the death penalty back," he told Germany's ARD television.

Top EU officials, meanwhile, have issued a series of warnings that the death penalty is a thick red line, the violation of which will torpedo Turkey's already struggling membership bid. "If Turkey should bring back the death penalty, we will immediately stop the negotiation process," European Commission President Jean-Claude Juncker said, stressing that a country recognizing capital punishment has no place in the EU. European Parliament President Martin Schulz was similarly blunt, saying that restitution of the death penalty would mean an end to Turkey's accession process.

Ankara took the warnings as a threat and hit back. The EU is free to express its position, "but if they use a threatening tone against Turkey, this will backfire," Foreign Minister Mevlut Cavusoglu told the Haberturk channel. "Juncker is not Turkey's boss."

The death penalty is a highly poignant, emotionally charged issue in Turkey's political history. The hanging of Prime Minister Adnan Menderes and two ministers after the 1960 coup has been an omnipresent theme in Erdogan's outbursts against Turkey's past rulers. To emphasize how committed he is to his political struggle, Erdogan would often refer to Menderes' fate and say he has "set off on this path with his [funeral] shroud on."

The next coup, in 1971, was marked by the hanging of Deniz Gezmis and two other iconic leaders of Turkey's leftist revolutionary movement.

Following the 1980 coup, martial courts sentenced more than 500 people to death, and at least 50 were eventually executed, ending an eight-year moratorium. Death row included both leftists and rightists and even ordinary criminals, but one name left an enduring scar on the collective memory. Aged only 17, high school student Erdal Eren was sent to the gallows on a dubious conviction for gunning down a soldier. Today, Eren is commemorated each year as the symbol of coup victims on the day of his execution, with songs that top Turkish musicians have dedicated to him. In a blunt defense of the teenager's execution, the leader of the 1980 coup, Kenan Evren, had uttered these memorable words: "Shall we feed them rather than hang them?"

Thirty-six years later, Evren's rhetoric is back. This time, however, his line of thinking is endorsed not by putschists but by their target — Turkey's first popularly elected president. Erdogan said he narrowly escaped capture or death as soldiers raided the hotel where he was vacationing minutes after he left. "Life sentence or aggravated life sentence — why should I keep them and feed them in prisons for years to come? That's what the people say," Erdogan told CNN, three days after suppressing the coup attempt.

No one has been executed in Turkey since 1984 — first under a de facto moratorium on implementing death sentences and then a gradual removal of capital punishment from the books. One of the last death sentences was handed down against Kurdish rebel leader Abdullah Ocalan in 1999, several months after his capture in Kenya, which, according to speculation, was made possible by the United States on the condition he would not be executed.

In 2002, the government of Bulent Ecevit lifted the death penalty except for times of war, and two years later Erdogan's government signed Protocol 13 of the European Convention of Human Rights, abolishing capital punishment in all circumstances. Ocalan's sentence was thus commuted to life in prison, and he remains behind bars on the prison island of Imrali.

Ankara's main motivation in lifting the death penalty was to launch membership talks with the EU, which it eventually did in 2005. The accession process, however, has long hit a standstill, and the EU has lost much leverage over Turkey. "We've been [waiting] at Europe's door for 53 years. We lifted the death penalty, but what has it changed?" Erdogan grumbled in the ARD interview.

According to media reports, the ruling Justice and Development Party (AKP) is already working on legal formulas to reinstate capital punishment. But even if the death penalty is brought back, it cannot be applied retroactively to the July 15 putschists, as Article 38 of the Turkish Constitution states. Hence, some AKP legal experts are reportedly floating the idea that the coup attempt could be considered a "continuous crime" on grounds that the danger is still continuing.

Foreign policy experts, however, warn that the EU's stern messages are not a bluff, while human rights activists worry also about domestic consequences.

Retired Ambassador Yalim Eralp sees far-reaching implications both for Turkey's international standing and economy. If the AKP proceeds with reinstating the death penalty, Turkey risks not only an end to its EU membership process but also expulsion from the Council of Europe, Eralp told Al-Monitor. He said, "This would mean an end to any reform on Turkey's democratization. I'm afraid this could lead also to a serious flight of foreign capital from Turkey,” warning that Turkey could end up as a typical Middle Eastern country "lost in the quagmire" of the region.

Soli Ozel, a scholar of international relations at Kadir Has University in Istanbul, was similarly apprehensive, stressing that the restitution of capital punishment would only aggravate mounting tensions with the West. "The dialogue with the EU is already very bad, if not nonexistent. And with the United States, the Fethullah Gulen problem appears bound to escalate. So I hope both sides [Turkey and the EU] will be able to develop different attitudes," he said.

Senel Karatas, the head of the Human Rights Association's Istanbul branch, believes the political rhetoric in favor of the death penalty is meant to only curry favor with the angry masses, but warned it risked fanning tension and polarization. Political leaders should adopt a conciliatory rhetoric, "otherwise this could pose a threat to internal peace in Turkey."

Amnesty International's Turkey researcher Andrew Gardner noted that the calls to reinstate the death penalty were chanted mostly by nationalist and conservative demonstrators, while many segments of society remained opposed to such a move. The sentiment is likely to further moderate as the post-coup anger simmers down, he added.

Mensur Akgun, international relations scholar at Istanbul's Kultur University, holds a similar view. The issue is likely to die down after a while, he said, while slamming the EU's attitude. "Being a country whose membership was slated for the year 3000 at the recent referendum in Britain, Turkey should not be expected to take the EU's membership threats seriously," Akgun told Al-Monitor. "EU officials need to encourage Turkey on democracy and human rights instead of speaking as if they could punish it."