Iranian President Hassan Rouhani spoke with Turkish President Recep Tayyip Erdogan over the phone to express his support for the Turkish leader after the failed coup attempt. 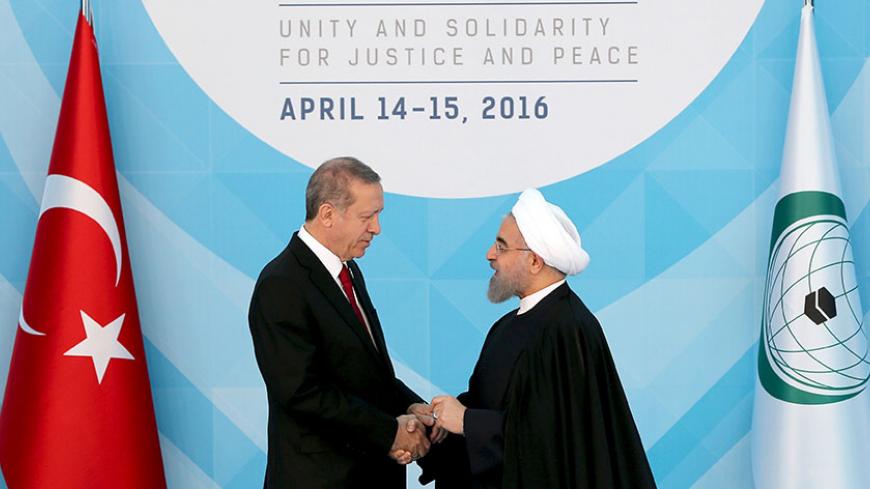 In a phone conversation July 18, Iranian President Hassan Rouhani congratulated Turkish President Recep Tayyip Erdogan and the people of Turkey for pushing back against a coup attempt by members of the military.

“Fortunately in this coup d’etat, the people of Turkey showed themselves to have a high political maturity and proved that methods of force have no place in the region,” Rouhani said, according to the president’s website. “We are happy that under the shadow of your good management and the resistance of the honorable Turkish people, we are witnessing the return of stability in a friendly country.”

Rouhani continued, “Stability and calm in Turkey will cause the reinforcement of stability and calm in the region.” He added, “We have no doubt that some great powers as well as terrorists do not want an Islamic country to have stability.” He also stressed that the countries in the region should work together to eradicate terrorism. Rouhani said, “This event was a test to identify your domestic and foreign friends and enemies.”

Erdogan thanked Rouhani for the show of support, saying, “It’s possible tanks and guns may martyr a number of people, but they cannot bring down the ideals of a nation.” He also said that while the country has returned to normal, “We cannot think that everything is over.”

Erdogan added, “We are determined to resolve regional issues by joining hands with Iran and Russia, and with our efforts to return peace and stability to the region.”

Erdogan’s comment about working with Russia in the region is perhaps the most surprising given the events of the last year. In November 2015, Turkish jets shot down a Russian jet that was flying over the Syria-Turkey border. Turkey claimed that the jet entered its airspace. Russia, which at that time had recently intervened in the Syrian civil war and was conducting air raids against opposition groups, denied the claim.

As a result of the downing of its plane, Russia severed relations with Turkey. In June, seven months after the event, Erdogan sent a letter to Russian President Vladimir Putin expressing “condolences” for the death of the Russian pilot. In a bizarre twist, the Turkish pilots who downed the Russian jet were arrested as being involved in the coup attempt.

Turkey has been one of the main sponsors of Syria’s opposition groups. It is unclear how Russia, Iran and Turkey could work together to bring stability in the region when they are on opposing sides in the region’s bloodiest war.

Despite being on opposing sides in Syria, Iran and Turkey have continued to maintain their economic ties. According to a retired Turkish general and former head of intelligence for Turkey’s gendarmerie, Hasan Atilla Ugur, had the coup succeeded, it would have had a negative impact on Iran-Turkey relations. “Without any doubt, they would have cut all relations, including diplomatic, trade and political ones,” Ugur said of the coup leaders to Iran’s Tasnim News Agency in Istanbul.

Ugur said that a cleric residing in the United States, Fethullah Gulen, was behind the coup and that his actions would have been at the service of America. Ugur is most well-known for fighting against Kurdish separatists in southeast Turkey and is the first person to interrogate Kurdistan Workers Party leader Abdullah Ocalan after his arrest. Ugur himself was previously arrested for a coup attempt and sentenced to 29 years, but he was released early.