Why Turkish women are rallying behind this killer

A young Turkish woman who killed her abusive husband has found strong support among women's rights activists calling for her acquittal. 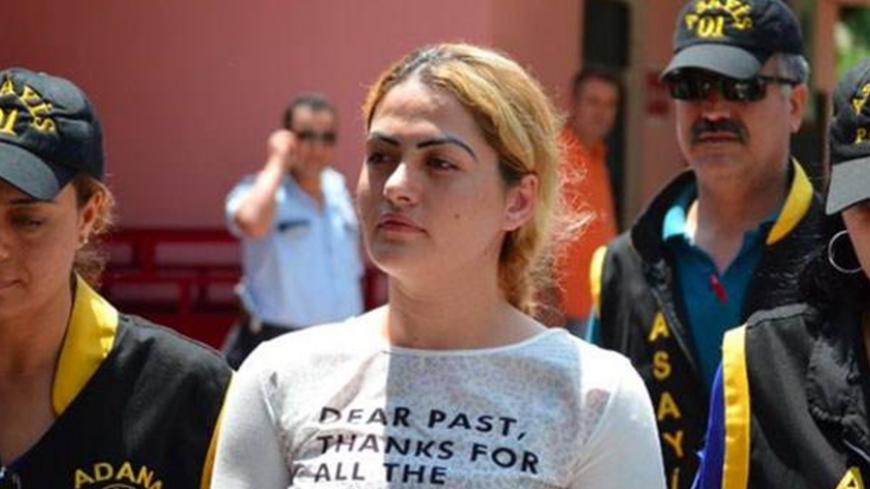 Cilem Dogan is led away by police in handcuffs after turning herself in for her husband's murder, June 20, 2016. - FACEBOOK/Cilem Dogan Icin Hep Birlikte

Cilem Dogan has been in the news in Turkey since turning herself in after murdering her husband last July. Led away by police in handcuffs, the young woman gave two thumbs up to reporters and shouted, “Why should women always die!” In a country where the murder of women has skyrocketed in recent years, Dogan’s gesture became a singular act of defiance and inspired others to speak out. In March, another woman who turned herself in, after stabbing her husband to death, shouted a similar message: “Why should only men kill! He would have killed me if I hadn’t killed him.”

When discussing domestic violence, equating men and women who kill is to misunderstand the issue. Male killers often say they acted out of anger because their wife wanted a divorce, refused to have sex or failed to serve them dinner. In other words, the women met their deaths for defying the social roles they are expected to follow. In these cases, the murders committed are individual acts.

The same cannot be said of women who kill as a result of domestic violence. In their case, resorting to a gun or a knife is usually a last, desperate measure after repeated requests for help from the police, the courts and other authorities prove to be futile in breaking the pattern of violence they face. Hence, such murders are not simply a matter of an individual decision, but also involve authorities’ actions, or inaction, in failing to protect women who are being battered.

Many Turkish women behind bars for killing their husbands have hefty files full of official domestic violence complaints, including protective orders. Dogan’s story is no different.

According to Dogan, her husband, a drug abuser, tried to bully her into prostitution a month after they got married a few years ago in the southern city of Adana. After refusing, she was locked up at home for three days without food or water. Her mother managed to get her out, but she soon thereafter learned that she was pregnant, so she agreed to return to her husband. The battering never stopped.

Dogan said she lost count of how many times she sought help from the police. The number of protection orders was ultimately revealed to stand at nine.

The last straw came in July, when Dogan's husband beat her when she refused to follow him to the resort town of Antalya to engage in prostitution. She said she managed to grab his gun, which he had left on the bed, and shot him multiple times.

In Turkey, men often receive reduced sentences when they claim to have killed to protect their “honor,” but when a woman kills, coercion into prostitution or sexual violence are rarely taken into account as mitigating circumstances.

The court that tried Dogan similarly dismissed her argument on the grounds that she had no criminal record of actual prostitution. Moreover, the prosecutor argued that the murder could not be considered an act of self-defense because Dogan had continued to live with her husband and did not resort to such means of protection as changing her identity and having plastic surgery to change her appearance.

On June 8, Dogan was sentenced to life in prison for premeditated murder. The sentence was then reduced to 15 years in jail for “unjust provocation” and the defendant’s good conduct before the court. The defense appealed the ruling, and on June 20 Dogan was released on bail pending the appeals court's decision.

Dogan’s lawyers argue that their client should be acquitted. In remarks to Al-Monitor, her attorney Cemre Topal insisted that the persistent domestic violence Dogan suffered and the attempts to force her into prostitution constitute sufficient grounds to classify her action as self-defense.

“Cilem Dogan had lodged countless complaints with the police and prosecutors. She committed the murder to stop an unjust attack against herself,” Topal said. The courts, she added, tend to accept self-defense as an argument mostly for male defendants. “We want it to be accepted for women too.”

How does the rest of the world deal with this problem? In the study “Battered Woman Syndrome in Criminal Law,” Ozgur Kucuktasdemir of Ankara’s Baskent University notes that courts in common law countries often accept evidence of battered woman syndrome as a ground to decrease or dismiss criminal liability for women who kill abusive partners. Battered woman syndrome is a term encompassing the severe psychological trauma caused by continued domestic abuse that leads women to perceive themselves as helpless and see the murder of their abuser as the only way to protect themselves against further violence.

According to Kucuktasdemir, two articles of the Turkish penal code make the syndrome applicable in Turkish criminal law. “It could serve as a guiding concept for Turkish judicial organs in making better judgments vis-a-vis women, who are often victims of violence in our society,” he said.

Women's rights activists have rallied behind Dogan, calling for her acquittal and insisting that self-defense is a legitimate right. Every hearing during her trial was accompanied by demonstrations; letters of support flooded in to Dogan while she was in jail. A petition campaign calling for her acquittal has gathered more than 130,000 signatures. The T-shirt Dogan happened to be wearing on the day of her arrest has become a symbol in the struggle for women’s rights. According to Dogan’s lawyers, the T-shirt — which reads, “Dear past, thanks for all the lessons. Dear future, I am ready”— will be put on display at the Women’s Library in Adana.

Dogan's case and those of other women who kill their husbands in similar circumstances raise the question of whether they would have killed if they had received effective protection from authorities after seeking help against their abusers. “I never wanted this to happen, but I had no other option,” Dogan said, in her closing statement at trial.

Will authorities get the message that efficient protection would stop abused women from killing?