The Belgium-based Turkish energy firm Unit International’s announcement that it will build seven natural gas-powered electricity production plants worth $4.2 billion in Iran could bring major benefits for the two countries. 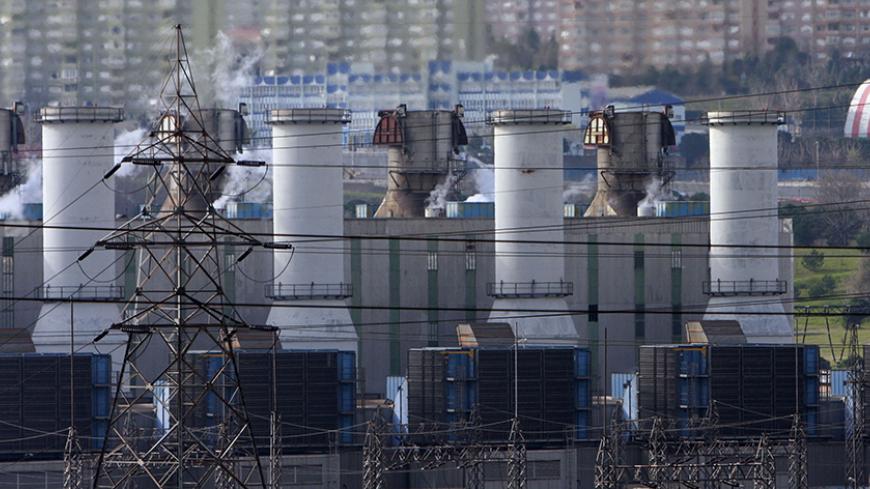 While the seven power installations will certainly help improve Turkish-Iranian commercial and economic relations, Unit International is no stranger to energy markets in Iran and elsewhere. Since 1982, the company has built five power plants in Iran with a total output of 3,200 megawatts, four in Turkey and two in Europe.

Construction for the new plants is expected to start in the first quarter of 2017. Unit International will manage the installations under a build-operate-transfer license for 20 years. In the first six years after they come online, the plants will sell their output to Iran at a fixed price. Thereafter, Unit International will either export electricity to neighboring countries or sell to Iranian consumers.

The Turkish-built plants will be a major boon for Iran’s electric network. According to Unal Aysal, the founder and chairman of Unit International’s board of directors and former president of the Istanbul-based soccer powerhouse Galatasaray SK, the planned power stations will operate at more than 60% productivity (up from Iran’s average of 32%), adding over 6,000 megawatts to Iran’s grid and meeting 10% of its energy needs. Unit International also intends to invest in an 840-megawatt natural gas power plant in Iraqi Kurdistan.

All this is good news for Turkey and Iran. Although Turkish-Iranian trade rose to $21.9 billion in 2012, the US-induced global sanctions on the Islamic Republic and the chill between Ankara and Tehran over Syria brought that figure below $10 billion by 2015. On June 16, Turkish Customs and Trade Minister Bulent Tufenkci stated that Ankara wants to “triple trade with Iran to $30 billion as quickly as possible.”

But it is not clear whether signature projects such as the one by Unit International could lead to closer energy cooperation between Ankara and Tehran, boost Turkish-Iranian trade and break Turkey’s addiction to Russian gas.

Volkan Emre, an international energy expert and founder of the World Energy Security Analysis Platform in Washington, is cautious. Emre told Al-Monitor, “Although Turkey and Iran are trying to improve their energy ties despite all odds, given external factors and the dynamics between the two states and Turkish and Iranian private corporations, it is hard for Turkey to obtain a bigger slice of the Iranian [hydrocarbon] pie.”

One primary difference between the two countries, Emre pointed out, is “Iran’s wish to export liquefied natural gas [LNG] to Asian markets, especially India, and Turkey’s desire to buy gas on the cheap through pipelines.” He said the bigger problem is the poor state of Iran’s energy infrastructure. He said Iran's major energy infrastructure issue is developing "its production capacity, an area in which Turkish companies cannot offer much. Indian, Chinese, German and French firms can and will grab a piece of that pie — even US companies that specialize in LNG are seeking to enter Iran.”

Emre points to an even bigger challenge forecast by the Turkish economist and energy expert Fatih Birol, the executive director of the International Energy Agency. Birol recently said, “Massive quantities of LNG exports [are] coming on line while demand, despite lower gas prices, continues to soften,” adding that global LNG capacity will increase 45% by 2021, further decreasing prices.

As a result, Emre said, “Iran could only make use of its gas for domestic consumption, especially electricity production,” which is good news for Turkey. He said that a third of Turkey’s electricity production comes from natural gas plants and that "80% of the process is handled by private companies." He said this experience dealing with such a vast infrastructure shows that "Unit International and other Turkish companies could enter and succeed in the electricity production and distribution business in Iran.”

According to Hamed Mohsen, a Tehran-based journalist and analyst, the Iranian government’s agreement with Unit International is part of a much wider effort to boost foreign investment in the Islamic Republic. Mohsen told Al-Monitor, “The Iranian state wants foreign direct investment but it wants quality projects. These projects should aim for production, technology transfer and end products that could be sold on the Iranian market, but more importantly, exported abroad.” In that respect, he said, “There is an idea to build 'Turkish organized industrial zones' in Iran similar to the ones in Turkey.”

Although electricity is not a conventional industrial product, Mohsen points out that Unit International’s initiative and those by similar Turkish companies fits the “investment-production-export” model. He said, “Iran’s electricity production and distribution situation is good, but many of its neighbors — especially Iraq, Afghanistan and Pakistan — need electricity, which such power plants could provide.”

Tehran’s choice of Unit International is no coincidence — the company has engaged in cross-national electricity trade for years and is one of the 42 companies from 35 countries that are part of the European Network of Transmission System Operators for Electricity.

Yet Mohsen points out two major challenges to greater Turkish investment in Iran. “President Hassan Rouhani’s administration wants these investments to happen very quickly. The investments should start arriving in a month or two because although the Iranian economy is in better shape compared to 2013 when Rouhani came to power, for him to get re-elected in 2017, he needs noticeable improvements in the economy. American and European companies are still worried about the sanctions after 'Barjam' [the Iran nuclear deal — officially the Joint Comprehensive Plan of Action] and cannot come that quickly — but Turkish companies could.”

According to Mohsen, Syria is the bigger issue. “Tehran will demand concessions from Ankara, especially in Syria, to offer contracts to Turkish companies and natural gas to Turkey. Does Turkey want to buy more gas from and more business in Iran? Yes, but can [Turkish] President [Recep Tayyip] Erdogan take a step back in Syria and respect Iran’s red lines, I am not so sure,” he said.

Turkey and Iran’s fates are tied more closely than ever. Whether their leaders can act on that remains to be seen.