How to ensure success at the Paris peace conference

Prime Minister Benjamin Netanyahu and new Defense Minister Avigdor Liberman made some positive remarks this week about the need for a regional arrangement, but the route from words to deeds is a long and uncertain one. 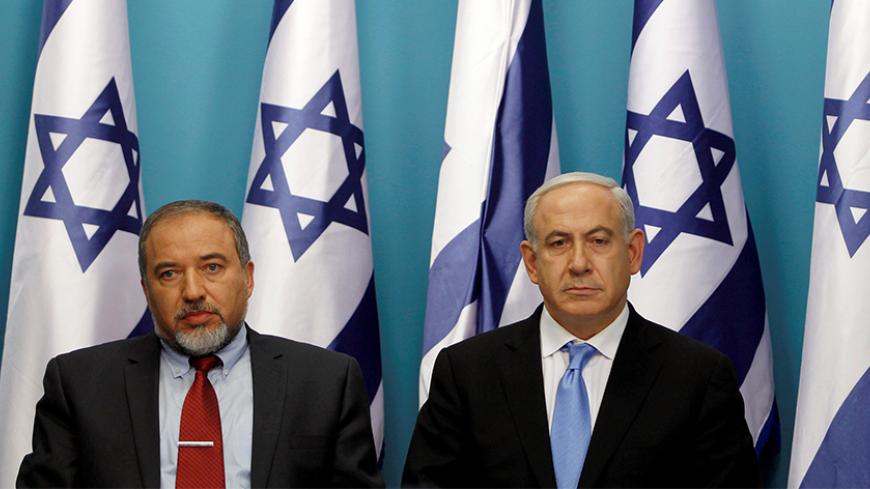 Many in Israel wonder if the most radical right-wing government will be the one to put an end to the Israeli-Palestinian conflict, a question also discussed in Ramallah, Paris and Washington.

This brings to mind the famous reflection by the Prophet Jeremiah, who lived 2,700 years ago: "Can the Ethiopian change his skin, or the leopard his spots?" (Jeremiah, 13:23). Sadly, prospects that the current government will evacuate a quarter million Jewish settlers from the West Bank (the rest will be allowed to remain in their homes as part of a land swap with the Palestinians) and renounce its sovereignty over Jerusalem's Temple Mount is akin to the prospects of the leader of the left-wing Meretz Party, Zehava Gal-On, moving to live in a West Bank outpost.

Removing settlers and renouncing sovereignty over Temple Mount are two necessary preconditions, albeit partial ones, for peace based on a two-state solution. Although Prime Minister Benjamin Netanyahu and new Defense Minister Avigdor Liberman made some interesting and even courageous remarks this week about the Arab Peace Plan and the need for a diplomatic process, as Palestinian President Mahmoud Abbas said June 1, people must not be judged by their party affiliation and words, but by their actions for the sake of peace.

Following is a partial list of actions that the Israel government will need to take for peace in the spirit of the Arab Peace Initiative. The participants of the June 3 Paris Conference for Peace in the Middle East are advised to keep this list in mind:

The ugly face of settlement policy was exposed in the state's response to a Supreme Court petition filed by the Israeli rights group Yesh Din and Palestinian landowners from the village of Anata, whose lands were annexed to the Jewish settlement of Kfar Adumim. Responding to the demand that the annexation order be voided, the state said with cruel irony that "Palestinian residents enjoy the appropriation of their lands for the benefit of the settlements because they are [then] employed in the industrial parks put up [on these lands] by the settlers."

According to the rights organization B'Tselem, from Jan. 1 to Feb. 11, 73 homes and 51 additional buildings were demolished, leaving 284 people, among them 161 minors, without a roof over their heads. Among the buildings razed were at least 37 donated by international relief agencies and European states. The pictures of babies left homeless in the stifling heat of the Jordan Valley and the bone-chilling cold of the Hebron Hills serves Hamas propaganda and undermines Abbas' already shaky standing.

The severe humanitarian straits in Gaza increase the threat of another round of violence in the region, which, in turn, would derail any attempt to promote a diplomatic arrangement. Israel must avoid handing Hamas a victory in Gaza as part of the reconciliation agreement that seems to be in the works with Turkey. Egyptian President Abdel Fattah al-Sisi has made clear his objection to giving Turkey a foothold in Gaza. Ignoring his stance is expected to also damage Israel's ties with Egypt.

This position will roll back Liberman's open backing for Elor Azarya, the soldier who shot dead a wounded terrorist in Hebron. The military's position was expressed by Chief of Staff Lt. Gen. Gadi Eizenkot when he said that Israel Defense Forces (IDF) are not guided by such slogans as "if someone comes to kill you, arise to kill him first," and that he objects to soldiers "unloading an entire clip [of bullets]" at a Palestinian girl wielding scissors. The guidelines set out by Eizenkot stem not only from ethical principles but also from Israel's interest in defending Abbas against the fury of the Palestinian street. Israel's defense agencies are of one mind that there's no other partner on the horizon for a diplomatic arrangement and continued security cooperation with the Israelis.

These five moves are the minimum prerequisites for Israel to rebuild the trust of the Palestinians and the international community in its intention to bring about an end to the occupation, which marks its 49th anniversary on June 5. Bitter experience shows that a diplomatic process without significant moves on the ground is not only doomed to failure — it ends up providing additional ammunition for the right's deadly "no partner on the Palestinian side" argument.

Those who insist on looking for a silver lining to the current political cloud can console themselves with the upcoming appointment of Knesset member Tzahi Hanegbi as minister without portfolio (and without inhibitions) to oversee negotiations with the Palestinians. Throughout his political career, Hanegbi was both a hawk and a dove. He was a member of the radical right that rebelled against the government's decision to evacuate the settlement of Yamit as part of the peace treaty with Egypt, joined the Likud and moved over to the Kadima that withdrew Israeli troops and settlements from Gaza in 2005.

Hanegbi has now zigzagged back to the Likud. In February 2010, as chairman of the Knesset's foreign affairs and defense committee representing Kadima, he had said that "Abbas' recalcitrance raises doubts." Nevertheless, in August 2011, Hanegbi attended a meeting of left-wing activists with the Palestinians at the University of Pittsburgh, where a permanent arrangement with the Palestinians was discussed, based on the 1967 borders and a division of Jerusalem.

Hard to believe, but maybe, after all, in the Israel of 2016, an Ethiopian can change his skin color and a leopard can transform into a pussycat. Even Prophet Jeremiah couldn't have proposed such a transformation.