What is keeping foreign money out of Iran’s stock exchanges?

Beyond the remaining US primary sanctions, a plethora of issues within Iran is effectively acting to hold back badly needed foreign investment. 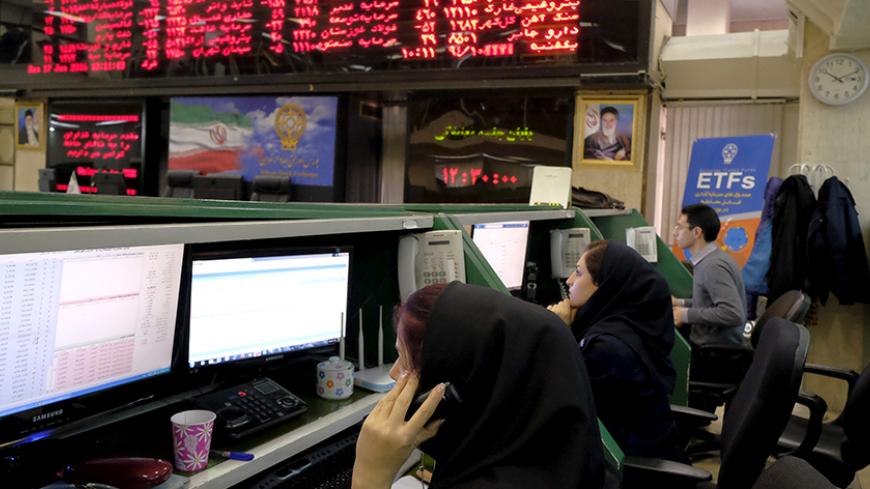 TEHRAN, Iran — According to the UN Conference on Trade and Development’s 2015 World Investment Report, Iran saw troubling changes in Foreign Direct Investment (FDI) in 2014. FDI inflow dropped by a third, while FDI outflow more than tripled; in dollar terms, Iran received merely $2.1 billion in inward investment and lost $600 million outward. Given that these figures include Foreign Portfolio Investment (FPI), they are disappointing.

The obstacles in the way of a greater influx of foreign money into Iranian capital markets can be divided into two distinct categories: domestic and external, with the former of far greater significance than the latter.

Some capital market experts argue that a key issue is the lack of a clear-cut vision on how to expand the debt market in the Islamic Republic’s sixth five-year development plan (2016-2021), which has been prepared by the Management and Planning Organization. Issuances of Islamic sukuk and bonds under both the previous and current administrations were merely meant to prop up ailing government-backed organizations suffering from cash flow problems. As such, debt sales have never been geared to shift the focus of financing away from banks and toward capital markets. 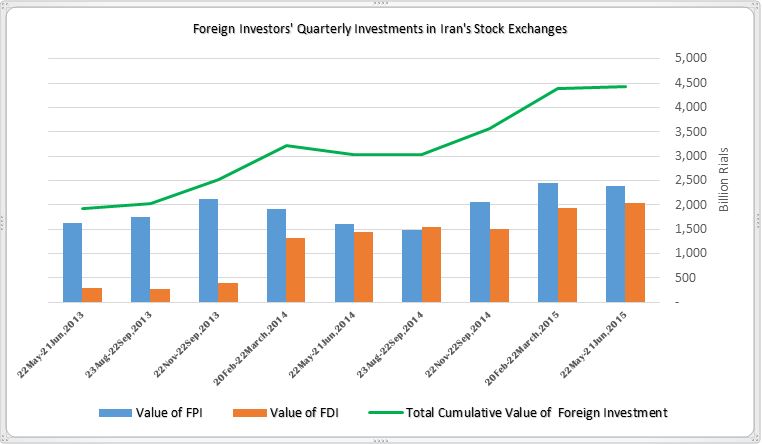 The importance of having deep and diversified debt markets should not be underestimated. It can greatly accelerate the influx of foreign capital, and thus, ultimately positively affect the equity market. In addition, it can provide a buffer against the systemic risks prevalent at times of economic crisis. Yet development of the debt market continues to be neglected by policymakers.

Foreign investment in the Iranian stock exchange is also hampered by ambiguities. The Central Securities Depository of Iran (CSDI) performs the function of a local custodian bank, guaranteeing the clearing and settlement process for member stockbrokers for both buy and sell sides in securities transactions. However, the CSDI is not acknowledged and relied upon by large foreign institutional investors, as its intermediary tasks are usually undertaken by large and internationally known custodian banks. Thus, foreign investors are unsurprisingly not keen on stepping into a market replete with ambiguities.

The Know Your Customer challenge is another key obstacle to foreign investment. Major institutional investors are faced with excessive red tape when seeking shareholding licenses from the Securities and Exchange Organization, which acts as Iran’s sole capital market regulator. The licensing process must be carried out in compliance with Iran’s 2008 Anti-Money Laundering Act. In this vein, the verification of submitted paperwork is greatly time-consuming — possibly due to complications stemming from the unfamiliarity with documents submitted by foreign applicants. Slow mandatory background checks of shareholding license applicants add to existing strains.

Nontransparency and inconsistencies in data published by listed companies is another Achilles' heel for Iran. During the sanctions era, many Iranian firms refrained from following International Financial Reporting Standards regulations. This greatly complicates necessary due diligence on behalf of foreign investors, additionally delaying their entrance.

Moreover, Tehran Stock Exchange (TSE) regulations are also problematic. At present, nonstrategic ownership of more than a 10% stake in any listed company is prohibited. Furthermore, the TSE suffers from a low average free float ratio, while there are also limits on base volume — the metric used to determine the closing price of a share, depending on quorum of stocks traded daily and on market capitalization of the listed firms. Additional problematic regulations include the volatility range devised for price movements of equities, meaning shares cannot gain or drop more than 5% per trading session. This is not to mention the lack of online English-language trading platforms, currency fluctuations, weak corporate governance and potential links of large listed firms with powerful political entities.

Finally, the classification of sectors also acts to hinder foreign investment. NASDAQ, which hosts more than 1,800 firms — three times that of the TSE — is made up of just 10 sectors. In comparison, the TSE has more than 30 sectors. This can be mind-boggling for foreign investors, especially since the TSE’s market capitalization is less than 1% of that of NASDAQ’s. 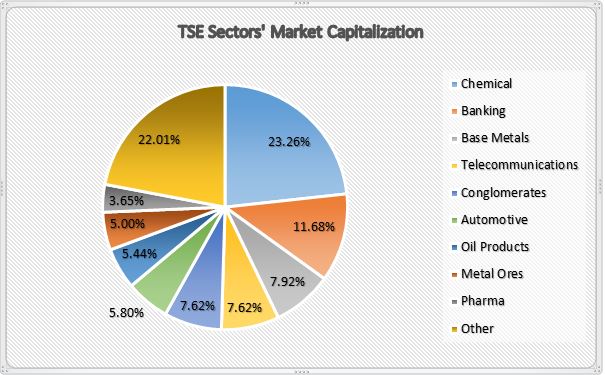 Beyond the domestic barriers to foreign investment, there are important external restrictions that continue to hold back the inflow of offshore capital. Primary US sanctions remain in place, especially impacting correspondence between Iranian banks and major international counterparts. In addition, there are restrictions on dollar transactions imposed by the US Treasury’s Office of Foreign Assets Control. Adding insult to injury, lobbying groups such as United Against Nuclear Iran actively work toward discouraging foreign investment, even though Iran is one of the more developed markets in the Middle East available to emerging market investors.

Research conducted by the Iranian parliament’s Research Center makes it abundantly clear that Iran suffers from a consistent lack of FDI. Moreover, Iran ranks below even countries in the Middle East and North Africa when it comes to FPI. With merely 0.1% of the total cumulative value of foreign investment worldwide — and ranked 118 in the ease of doing business index — success in attracting FPI requires taking measures and finding solutions at a higher level. This must include efforts to get rid of the current excessive and incomplete, noncodified instructions in favor of more transparent, unified and organized forms of law. Unless such reform is put in place, significant FDI — and foreign investment in local capital markets — will continue to remain a mirage for Iran.