Iranian authorities are attempting to block a new computer game offering players a first-person perspective of the 1979 revolution, claiming it is anti-Iran. 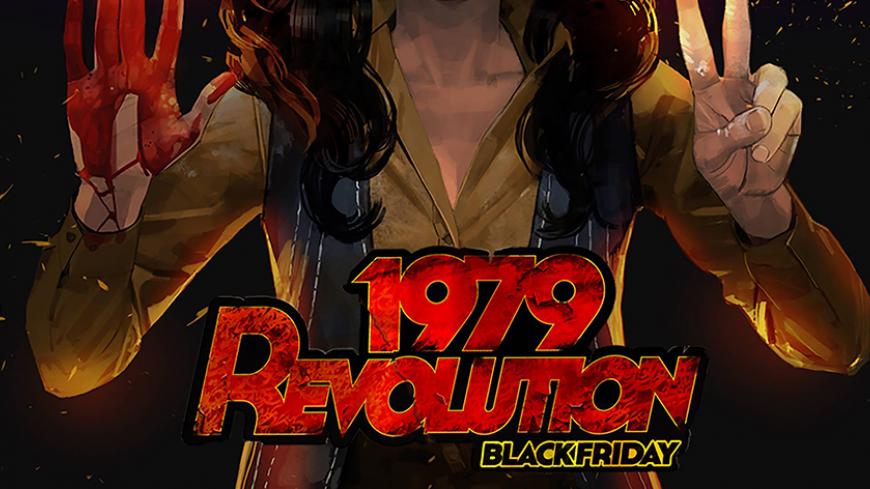 There’s a tech crackdown going on in Iran right now. It began in May with the arrests of Iranian Instagram models for posting “un-Islamic” photos. Then, the Supreme Council of Cyberspace — the body responsible for overseeing online activities — announced that it would give foreign messaging apps such as Telegram a year to move data on Iranian citizens to servers inside the country. Now, with the release of "1979 Revolution: Black Friday," the crackdown has spread to the gaming sector.

The game’s title comes from a massacre that took place in Tehran’s Jaleh Square (later renamed Martyrs’ Square) on Sept. 8, 1978. Shah Mohammad Reza Pahlavi’s military fired on protesters for violating martial law, killing scores of people. This moment in Iranian history is seen as the point of no return for the shah. In "Black Friday," the protagonist is an aspiring photojournalist named Reza who has to make life-altering decisions to survive the streets as insurrection breaks out against the Iranian monarch. The game progresses in a choose-your-own-adventure style that allows players to navigate the 1979 Iranian revolution as it unfolds. Think "The Walking Dead" game series with a historical twist.

This documentary style — also known as verite — comes from Iranian-Canadian game developer Navid Khonsari of the New York-based iNK Stories. Khonsari is behind such blockbusters as the "Grand Theft Auto" and "Max Payne" series.

“I’m a hard-core believer that games can have the greatest impact. There are actual studies that the impact of games go further than films, documentaries or even books,” Khonsari told Al-Monitor. “We saw there’s not one video game based on real events. We saw an opportunity to help the entire media, to create a new genre.”

Besides being an educational tool, "Black Friday" has a lot of personal touches. You can find footage taken by Khonsari’s grandfather on a Super 8 mm camera dating back to the 1950s through 1980. “So when you’re doing an exploration of the house in the game, you come across the projector and you’ll see home movies that my grandfather shot. My first day of school, even my mom swimming in Shomal before they put the fences in.” After the revolution, the beach on Iran’s northern Caspian Sea coast was divided to separate the sexes.

One would think a game capturing the fervor of the 1979 Islamic Revolution would be well received in Iran, but it's viewed with profound suspicion since it was designed in the West and doesn’t stick to the Islamic Republic’s version of events.

To develop the game's storyline, Khonsari conducted over 40 interviews with a variety of Iranians both inside and outside of Iran who experienced the revolution firsthand. Some interviewees went so far as to provide personal photos of the events in 1978 and 1979. “They remain anonymous because of the concerns they might have for their own safety and the safety of their families,” Khonsari explained.

A number of artists in Iran also helped with the development of "Black Friday." Khonsari said, “Out of concern for their safety, they felt pressured to leave the country and did so because of the work on the project.”

Once word about the game got out, Iranian hard-line newspaper Kayhan called it anti-Iranian. Shortly afterward, the National Foundation for Computer Games (NFCG) banned "Black Friday" and even raided video game stores in Tehran and other cities. NFCG director Hassan Karimi also condemned the game as anti-Iranian, saying, “Games like this can poison the minds of the youth and young adults about their country by means of false and distorted information, and also damage their spirits.”

Still, Khonsari hopes "Black Friday" will initiate dialogue. “This is a game that should be experienced by Iranians, for no other reason than to see what someone else tells of this narrative and also so they can [potentially] disagree with it.” He added, “If you don’t like what you’re playing and you feel it is false, then start a conversation.”

"Black Friday" isn't the first video game to be banned in Iran. In 2011, "Battlefield 3" was also blacklisted for depicting a mission with US soldiers invading Tehran from the Alborz mountain range. At that time, the NFCG also cracked down on video game stores, and a petition circulated online accusing gaming company Electronic Arts of having an agenda to paint Iran as an aggressor in the eyes of the international community.

Since the game's arrival in April, the Iranian authorities have shut down over 50 websites that posted torrent links. Even though "Black Friday" is banned, the Supreme Council of Cyberspace and NFCG find it difficult to block online stores.

Indeed, Iranians have repeatedly proven themselves adept at finding ways around censorship by using tools such as VPNs. As Khonsari noted, “If there’s a will, they’re going to find it. The more Iran pushes hard on the game, the more it’s going to provide people with interest.”

iNK Stories is already thinking about a sequel to the aftermath of the 1979 revolution storyline. If there’s one thing the ruckus about "Black Friday" shows — something the Iranian authorities do not appear to have learned — is that all PR is good PR.