The Iranian director of the popular video game “Grand Theft Auto” has created a new one that takes place in and around 1979 Iran. 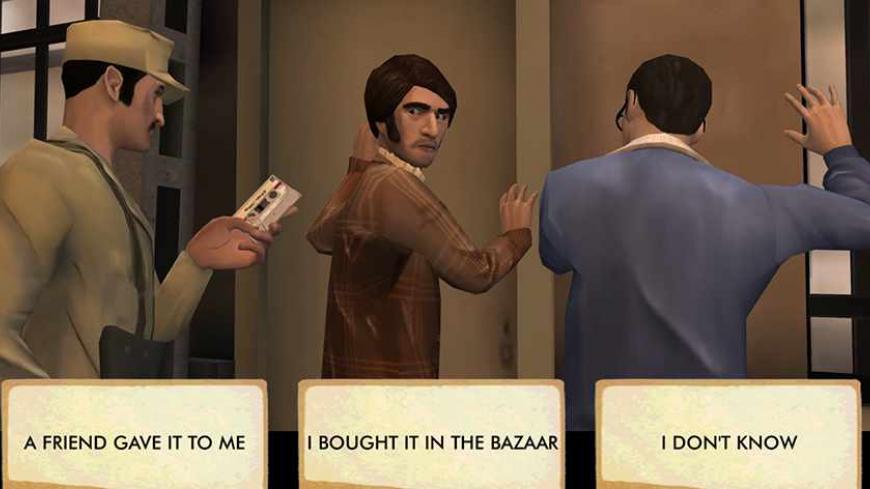 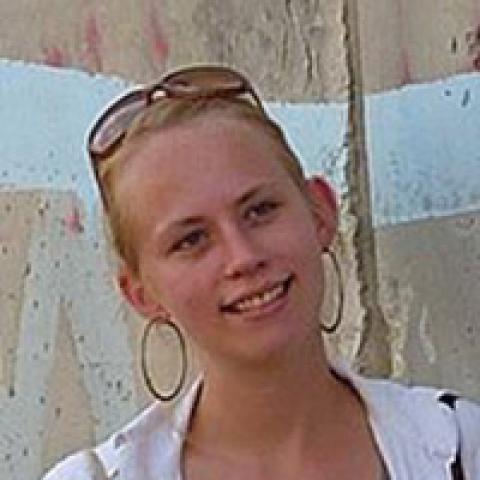 After spending five years directing some of the most popular and controversial video games ever made, most notoriously “Grand Theft Auto,” Navid Khonsari went on vacation. His family had left Iran for Canada shortly after the 1979 revolution and 27 years later, in 2006, he wanted to go back.

“When I went to Iran, I knew there was a huge gaming population, but I didn’t expect to find them in the remote, extreme areas out on the border,” Khonsari told Al-Monitor.

“I went to a remote burial ground, and the next thing I know there were all these kids and they all knew my name. They were saying ‘You’re Iranian, you’ve worked on 'Grand Theft Auto' … someone like you gives us hope that we can do something similar ourselves.’”

His trip coincided with the explosion of Facebook, just before it was blocked in Iran. He said, “I was slammed with friend requests from Iranians sending me their work.” This was the beginning of a network of Iranian artists, writers and avid gamers, who with Khonsari and his wife, documentary filmmaker Vassiliki Khonsari, have created a video game about the Iranian revolution. Last month, they launched an ambitious Kickstarter campaign to move the prototype of “1979 Revolution” into full production.

In the first of three seasons, players take on the role of a young Iranian photojournalist who is spurred by tragedy to join the revolution, only to be outlawed by the new regime.

“What is amazing is the spirit of possibility and belief in change,” Khonsari said. “And then comes the other extreme: You fight for something and then it is betrayed.”

“With the Arab Spring, this is the exact same thing rolling out,” he noted.

But the ethical nuances of the game were lost on certain parts of the Iranian establishment.

“We were a very insular group from the beginning and we made an effort to keep the project as quiet as possible,” he said. “We all agreed that the material could be misconstrued and/or used in a way that could be fatal for anyone involved,” he said.

But after Khonsari spoke to CNN about the development of the game in 2011, it was picked up by the Iranian press.

He recalled, “I got an anonymous link on Facebook saying ‘Navid Khonsari is making a video game about Iran revolution and he’s a spy for America.’ I just thought, 'I wish you guys had read what it is actually about.'”

Khonsari’s family warned him he should not return to the country. “I’m not about to risk going to a place where the justice system is based on someone’s whim,” he said.

The publicity attracted more young Iranians to get involved, but they wanted to protect themselves.

“We have animators working in New York and Toronto, working under pseudonyms … People said it’s not worth jeopardizing their family in Iran,” Khonsari explained.

The lead artist behind “1979 Revolution” faced even higher stakes. To protect his identity, Khonsari refers to him only as "Phoenix." An Iranian in his 20s living in Tehran, he initially contacted Khonsari via Facebook and followed up with some of his artwork.

“I was blown away,” Khonsari recollected. They started working together on a graphic novel.

“When he told me about ‘1979,’ I was excited — of course I was worried, but this was a great opportunity for me,” Phoenix said in an email via Khonsari.

They have never met in person. Phoenix would send over his artwork and the two would discuss it via Skype. About a year ago, Phoenix decided to get out of Iran.

“The fear of the possibility of something happening had a huge impact on him,” Khonsari added. “We had to change how we interact, creating pseudonyms for ourselves and avoiding phone conversations.”

Phoenix wishes to remain anonymous for the time being, saying, “I believe in what we are doing but I don't want to put my family in trouble. I hope that when things get better that I can go visit my family.”

Asked if he anticipated that the video game would cause him such trouble, he was indignant, answering, “No. Why? I'm working on a video game. What is dangerous in Iran is freedom of expression, so it’s always dangerous.”

The video game also faced some skepticism from Iranians in America.

“It hasn’t been embraced," Khonsari said, “which has been frustrating from people who at the same time complain about [the movie] 'Argo' and how Iranians are depicted in the press.”

“They’re wondering, ‘Is this guy doing it for the money and entertainment factor?’ because they think that Grand Theft Auto' is so aggressive and violent … They also wonder if it’s pro-monarchy or pro-regime.”

In fact, most of the game play in “1979 Revolution” is a battle of wits and ethical dilemmas, rather than the shoot-em-ups of Khonsari’s more notorious games.

“Like the Arab Spring, [the Iranian revolution] was exciting and scary, but not overtly violent,” Khonsari noted. Though frustrated, Khonsari can understand the nerves he has touched.

“For [Iranian exiles], 1979 was the quintessential moment when their lives were upturned,” he said. “I left Iran in 1979, and that was important for the rest of my life. A lot of Iranians want to bury this past. The younger [Irans emigrants] get it. They are disassociated enough from that event that they see the possibility of this being an amazing experience to learn what their uncles went through,” he continued.

A former history major, Khonsari hopes “1979” can inspire a genre of games that provide a ringside seat at major historical events.

“My father warned me that nothing good could come out of doing things in politics,” Khonsari said. “He also supported us when he saw it wasn’t political, but part of what I’m doing is to be a template for his grandkids to learn about historical events, not through dates and facts, but through experiencing it.”

He also hopes the game's narrative depth, which features original audio recordings and photography from 1979, will resonate with youths in Iran and won’t be just a historical curiosity.

Khonsari found that “Grand Theft Auto” fans in Iran cared more about the open-world format, where you roam freely through a virtual world, than the elements of sex and violence.

“They expressed a certain sense of elation and freedom from doing what they wanted to,” Khonsari said. “The act of driving anywhere they wanted to, listening to music, not a care in the world.”

Phoenix hopes the immersive experience of “1979 Revolution” will change both Iranian and American perspectives on the revolution, saying, “I hope it brings Iranians together, and I hope Americans can understand what took place so that we are not seen as bad people or terrorists.”

While it has not been always been a smooth ride, Khonsari was insistent that “It is all well worth it to let artists who left the country have the freedom to do whatever they want with their talent.” 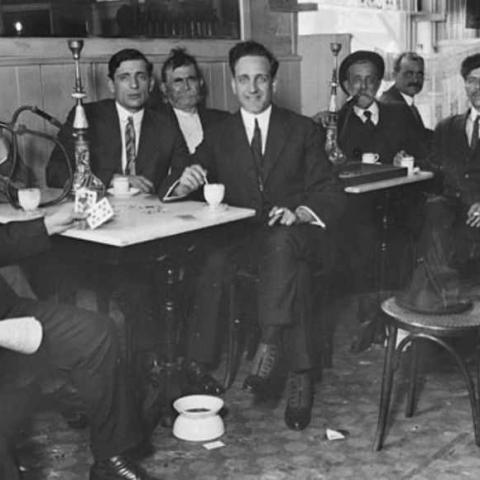 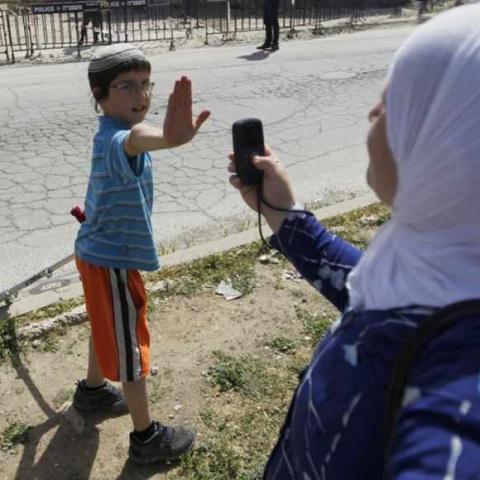