Who will be Iran's next speaker of parliament?

The competition for the position of parliament speaker is heating up in Iran. 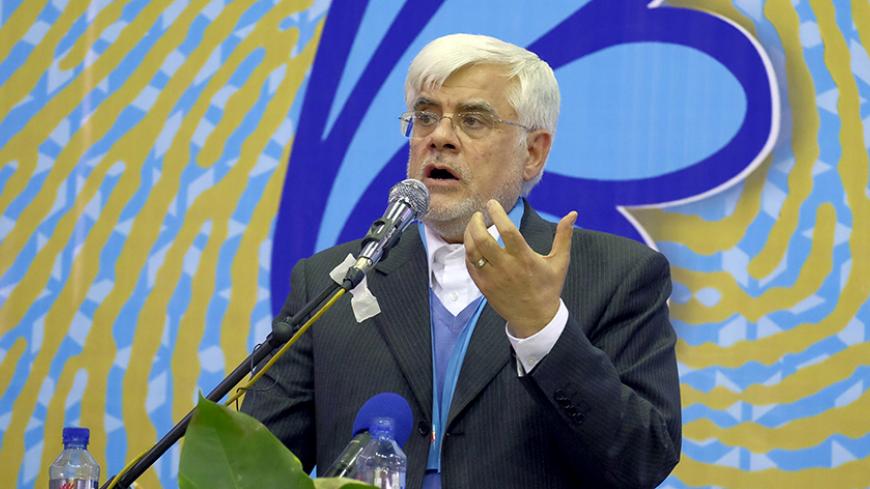 With only 25% of deputies in Iran's current parliament returning to office when their term ends on May 27, the fate of current parliament Speaker Ali Larijani, who has held the position for the last eight years, will be the first major battle of the 10th parliament.

Iran's parliament, known as the Islamic Consultative Assembly, has been overwhelmingly dominated by conservatives and hard-liners since the 2012 election, an election Reformists largely boycotted. With the runoff elections in April, however, Reformists and moderates now have the largest faction, with 121 seats, while conservatives and independents have 83 and 81 seats, respectively. These results pave the way for former Vice President Mohammad Reza Aref, who was elected May 17 to lead the Reformist "Hope faction" in parliament, to challenge Larijani.

The two options facing the 10th parliament to resolve the speakership issue are either to put it to an open vote or come to an agreement. The author of the Tabnak article believes the two sides will choose the latter. Mohammad Reza Tabesh, incumbent Reformist member of parliament, said there have been suggestions for Reformists and conservatives to each elect a five-person group to conduct negotiations. Some also have suggested changing the speaker every year, alternating between Aref and Larijani. The key concern, according to the article, is to avoid major conflicts in the future parliament.

Iranian analyst Sadegh Zibakalam told Armand Daily that if Reformists enter into a competition with conservatives and Larijani, it will be to their detriment because conservatives would then use the other institutions they control in the Islamic Republic to rally against the 10th parliament. Zibakalam believes that the future parliament will be separated between those who support the nuclear deal and those who oppose it. And since Larijani and Aref both supported the nuclear deal, they belong to the same faction and must not compete. The Armand article reported that Ali Akbar Nategh-Nuri, former parliament speaker and interior minister who enjoys good relations with both sides, will help negotiate a settlement between the two.

Given that Larijani, who was also attacked by hard-line parliamentarians, was aligned with President Hassan Rouhani, there have been rumors that the administration is pushing to keep Larijani on as speaker. In an article headlined "Be Alert" and addressed to the president, Reformist newspaper Aftab-e Yazd reported that if it was not for Aref withdrawing from the 2013 presidential elections in favor of Rouhani, today there would be no nuclear deal nor a parliament consisting of so many Reformists and moderates.

In other news, Iran's Islamic Revolutionary Guard Corps arrested eight people for posing as models on Instagram. The Tehran prosecutor said that the secret operation was a two-year program called "Spider 2" to apprehend the models who posed without headscarves on Instagram. Comments by Mostafa Alizadeh, spokesman for the Organized Cyberspace Crimes Unit who said during a news program that Instagram is paying Kim Kardashian to make modeling "native" to Iran, sparked international coverage.