Cash offer for TV shows to hide cigarettes, drugs has some in Egypt fuming

Social Solidarity Minister Ghada Wali's offer of 1 million Egyptian pounds to any TV series to not show smoking or drug use during the holy month of Ramadan causes a furor in Egypt. 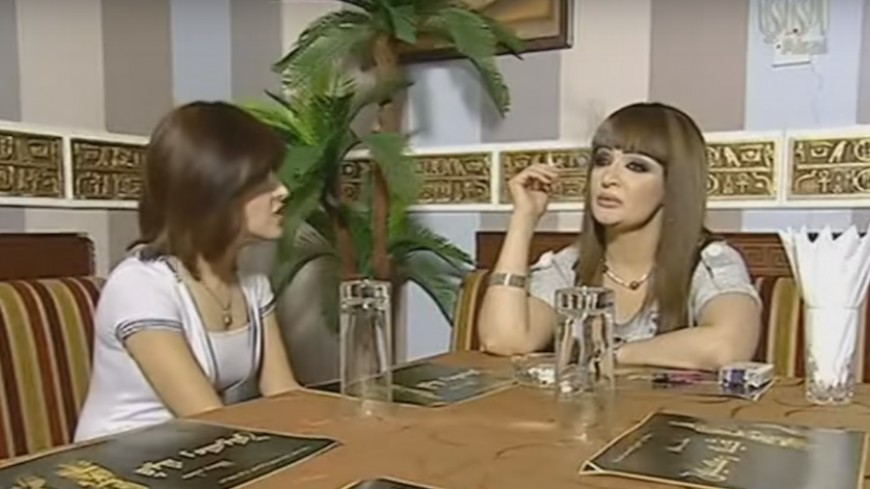 CAIRO — Egyptian Minister of Social Solidarity Ghada Wali announced on May 11 that the ministry would offer a reward of 1 million Egyptian pounds (about $100,000) to any TV series airing during the upcoming Ramadan that does not feature any smoking or drug use. The Muslim holy month of Ramadan, which begins in early June, is a popular time for TV shows, with new series often airing episodes on a daily basis after the evening iftar meal.

Wali's announcement came on the televised program "Hona el-Asema" on CBC. The minister confirmed that she was taking this step because cinematic and TV productions exaggerate smoking and drug use in Egyptian society.

The announcement elicited a number of responses. Some argued that the minister had gone beyond the bounds of her duties, rewarding already wealthy film producers with funds that could be better spent on impoverished pensioners. Others think Wali is combating the spread of addiction in a reasoned manner by dealing with the phenomenon.

Member of parliament Al-Badri Farghali, secretary-general of the Union of Pensioners, spoke to Al-Monitor on the subject, saying, "Every ministry and [state] institution must keep to its own responsibilities. There is an anti-addiction fund for this purpose, which is affiliated with the Council of Ministers, and there is a General Administration for Combating Drugs, which is a part of the Ministry of Interior. Each has their primary responsibility in combating addiction. Was Wali appointed the minister of fighting addiction? What the minister has done is to take money out of the pockets of widows and orphans in order to receive favorable media coverage. No matter if it comes atop the skulls of the poor."

Farghali added, "Instead of extending a helping hand to aged pensioners before the holy month of Ramadan, when the expenses of the [average] Egyptian family spike, funds [allocated for] these pensioners are going to film producers. This shows that social welfare funds are not truly protected and secure."

Farghali explained that Wali has harmed millions of pensioners, elevated the level of congestion in the street and does not understand the political situation in the country. This only serves to turn the poor against state institutions.

Farghali called on the General Assembly of the Union to convene an emergency meeting before Ramadan in order to defend themselves and take steps to organize strikes, demonstrations and protest vigils. In his view, the minister has shown herself to be unresponsive, and there is no one to hold her to account. "Since the people are the source of authority, they must rise up to confront her."

Amr Uthman, director of Egypt's Anti-Addiction Fund, told Al-Monitor that a series of studies have shown that movies are an influential factor in the spread of drugs and addiction among children. In the last four years alone, he noted, Egyptian cinema has produced 11,500 scenes involving smoking and drugs. He claimed that during Ramadan in 2014, Egyptian TV produced 102 hours of smoking and drugs, equivalent to 13.5% of the total amount of broadcast time in the month of Ramadan.

"The problem is not the form of Egyptian drama, but the content. When we analyzed these problems, we found that they encourage the spread of drugs as a means of attaining happiness and joy, as well as to increase sexual potency and to treat depression. Some 80% of these acts are shown in [TV or movie] scenes that feature drug use without other, [complementary] scenes showing the consequences," he said.

Uthman made it clear that he had communicated with the Syndicate of Dramatic Professions and the World Health Organization to combat addiction through organizing the Choose Your Life Festival in 2015, when the series "Under Control" won the Best Series Prize for its appropriate and effective treatment of the subject of addiction.

Uthman emphasized that, in his view, the idea of a prize is a step toward shaking the thinking and feeling of the youth in a peaceful manner, through dramatic works. He said it is possible that it won't achieve its goals in time for this year's Ramadan, but involving key writers and producers has more moral than material value. He noted that the announcement was being made now, before Ramadan, but after many films and TV series scheduled to be shown during Ramadan had already completed the screenwriting process or even finished filming. The announcement, however, had been preceded by a workshop last January with writers and producers where the idea was first outlined.

Uthman said that the prize's cash value was in no way related to pensioners' funds. The prize, he said, had been allocated from the Civil Insurance Fund for Youth, which had bolstered the Anti-Addiction Fund by providing financial appropriations for the prize. In her capacity as the head of the Anti-Addiction Fund, Wali announced the prize as part of her overall campaign to combat the phenomenon of drug addiction, which itself was preceded by the campaign of artist Muhammad Ramadan and soccer player Muhammad Salah.

Ashraf Zaki, head of the Acting Professions' Syndicate, told Al-Monitor that the idea of the prize is the fruit of many months of communication between the organs of the syndicate and the state in a joint effort to combat the phenomenon. "I call on the effort to be expanded to tourism and anti-terrorism as well," he said.

Zaki added that the prize should not be considered an intervention in artistic affairs. The ministry isn't banning scenes that show drug use, he said, but rather providing an incentive to those who don't include scenes of drug use and helping to combat drug use through their cinematic products.

Mohamed Abu Hamed, a member of the Solidarity Committee in parliament, told Al-Monitor, "Encouraging the educational role of drama is a positive thing, but it isn't the purview of the Ministry of Social Solidarity. [Wali] should have worked on putting together contests in areas that are under her purview, like a competition to choose the best senior citizen's home or orphanage [or] competitions for those who have suffered harsh economic conditions and hardships but found ways of overcoming them."

Abu Hamed stressed that those issues relevant to drama and creativity are closer to the Ministry of Culture and the Ministry of Media, and which are undertaken by the President of Broadcast and Television. He noted that he will make a formal inquiry to the speaker of parliament on May 22 as to where the funds for this prize are coming from — especially because 1 million pounds is a trivial sum for major film producers when set against the vast expenses of production. Therefore, in his view, it would have been better to simply hold a competition for best drama but award the millions of pounds of prize money to provide health care to drug addicts and attempt to wean them from their addictions.